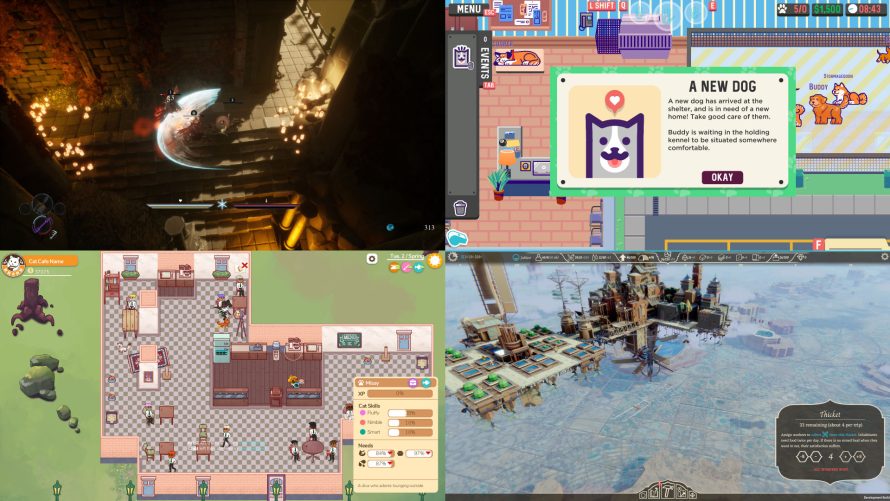 In recent years, E3 presentations have gone from must-watch content to borderline pointless for me, personally. Of course, it doesn’t help that a lot gets leaked ahead of time either, that’s for sure. Maybe that’ll change this year? Thanks to Freedom Games – a publisher who earlier today revealed their showcase schedule – there’ll be one good thing during E3 at least, and I am, unsurprisingly, more than a little excited about this.

Did I mention how it’s also their first-ever E3 showcase? Or how its lineup includes more than 10(!) upcoming indie titles? Because it is, and it does, in spite of the somewhat short 15-minute runtime. Not a lot of time to squeeze in that many “announcements, developer interviews, and updates on some of the most exciting indie titles on the horizon”, but we’ll just have to wait and see. I’m sure it’ll be fine.

That said, on the menu we have… let’s see… ah, One Lonely Outpost, Coromon, Airborne Kingdom, Anuchard, Dreamscaper, and Cat Cafe Manager. Lovely stuff, lots of variety! Trailers! Launch windows! Additional platforms! Oh, and we definitely mustn’t forget about man’s best friend who’s front and center in To The Rescue!, a title scheduled for a pawsome update during this, showcasing (get it?) new gameplay footage and details on its charity partnership with The Petfinder Foundation (remember?). Can’t wait!

On Monday, June 14, at 12:30 PM PT, the Freedom Games E3 segment will air on all official event broadcasts.

If for some reason that’s actually not enough of a reason for you to tune in on June 14, at 12:30 PM PT, some world-first gameplay from Sands of Aura and Tower Rush might do the job? I’m sure there’ll also be a surprise or two, and who doesn’t like surprises… reveals… or whatever it might be? Well, one way to find out!

(Games featured in the screenshot: Sands of Aura, To The Rescue!, Cat Cafe Manager, and Airborne Kingdom.)