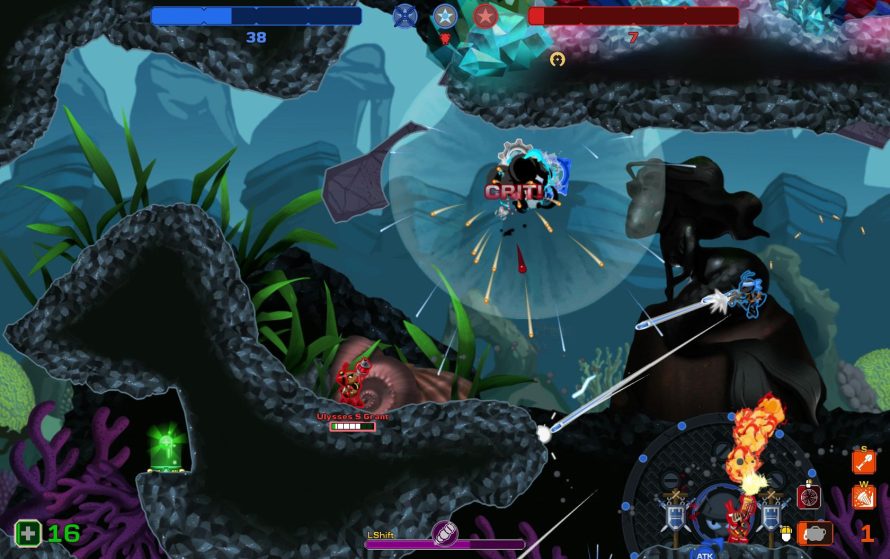 What happens when a bunch of ants hops onto the same server in Formicide? Explosions, death, carnage and utter mayhem, that’s what! At least, I’m hoping that’ll be the case, seeing how… well, that’s pretty much what the game is about: blowing your enemies to smithereens (and beyond), Early Access or not. Oh, and in case you’re wondering based on the above screenshot – no, it’s not turn-based. This is a fast-paced real-time war, a bunch of ants locked in combat until only one team remains.

According to its creator, Formicide is a blend of Worms and Team Fortress 2, likely due to the game being a 2D, class-based, fast-paced multiplayer kill-the-other-team experience. That and of course, the destructible environments, meaning there really is no way to hide. Not for long anyway. Sooner or later, an explosion will create a path to your little hidey-hole, at which point it’s game over. Just saying.

Best of all, the entire thing can be experienced online, with drop-in, drop-out support. Waiting for a match to end? Pfft. Who has time for that in this day and age? Just join something in-progress and pray you aren’t put on the losing team because someone decided to rage quit. Oh, the number of times I’ve had that happen in other games…

Now, before ya jump right in, busting out that credit card to pick up Formicide, do keep in mind that the game is currently in Early Access. What that means, for this particular title, is that, among other things, some fine-tuning still remains, along with certain content additions, bug fixes and, you know, the usual. It is however in a stable, playable state and is expected to hit 1.0 in less than a year (unlike certain other Early Access titles I could mention…). Very groovy.

Formicide is available from Steam, at $8.99.