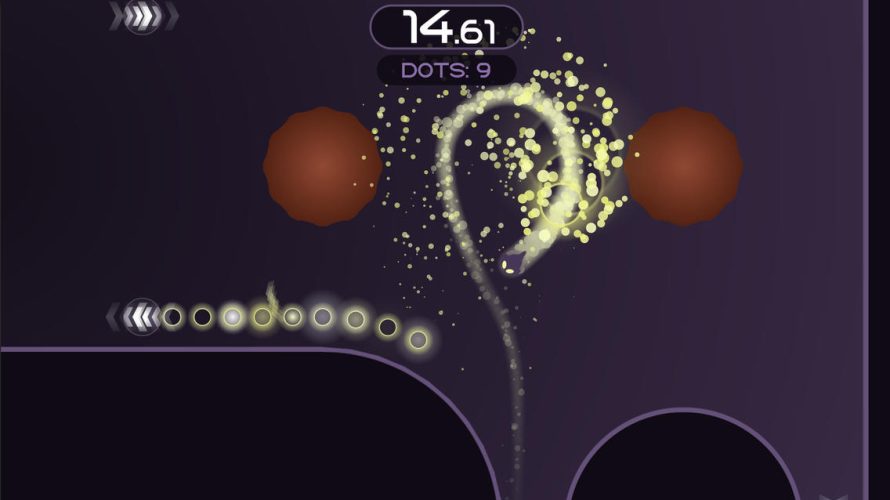 Originally an Xbox Live Indie Games exclusive almost four years ago, Radiangames recently decided it was time for an enhanced version; lo and behold, Fluid SE. While the core gameplay remains unchanged, as you’ll still be chasing dots, looking for the fastest route through each level, well… let’s just say there’s good a reason for the SE (Special Edition) tag in the name of this mobile port.


To name but a few of the changes, a lot of levels have been modified “to improve playability”, every last star time requirement has been changed, and of course, it’s also got a brand new UI, because, why not? While the XBLIG version is still available, I have to say, this release pretty much makes it obsolete. That’s how big an improvement Fluid SE is over Fluid, and I’m not even exaggerating.

Lots of subtle (and not-so-subtle) improvements add up to a much better version of the game, even though I do miss the distortion effects.

Now, while the formula may be simple – race around a level, collect all dots, rinse and repeat – it’s not a matter of simply zooming at high speeds, gobblin’ left, and right. Each dot collected spawns a spectre (orange dot-ish creature) that follows you, forcing a level restart upon contact, after all. Ain’t all doom and gloom though, as there’s a bunch of fun (ie. non-lethal) stuff in the game too, like some incredibly useful speed-boosters, power-ups and of course, warp gates. Easy to learn for sure, but you’ll likely be replaying levels for a bit, before snatching that elusive five-star rating. So… see ya on the leaderboards?