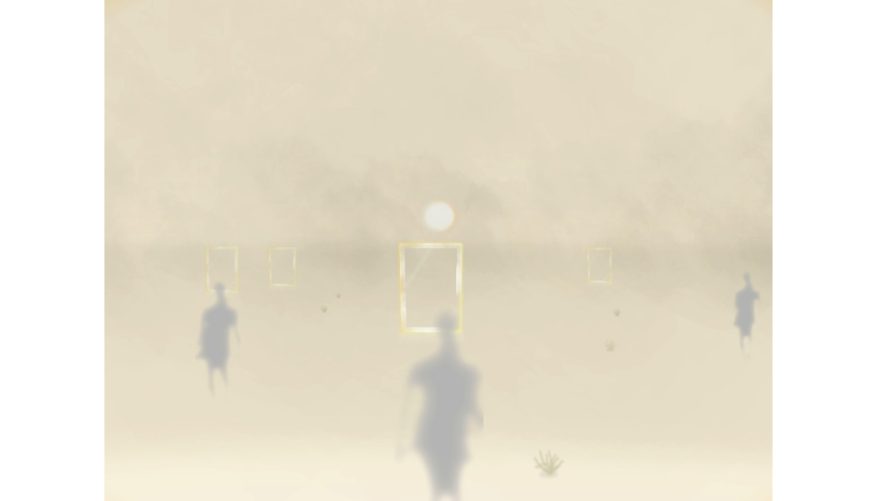 They say sleep is good for both the body and the soul, and I’m inclined to agree. Sleep is good. We like sleep. But what if you suddenly found yourself unable to wake up, forever trapped in a dream? This exact scenario, however disturbing, is explored in Escape the Dream, a brief puzzler which tasks you with… waking up.

No introduction, no background story, just you and a bunch of doorways. At least that’s how it is at first, but little by little, more people – silhouette shaped, just like you – begin to appear, all wandering towards you. What is going on? Why does your entire body change color after walking through a doorway? Who’s relaying the messages that appear every so often?

To answer even one of those questions would be to spoil the game, as the whole experience is built around discovery. Figuring out how to progress quickly becomes a puzzle of its own, with the next step not always being downright obvious. That is unless you pay close attention because while wrapped in slight obscurity, the game does actually hand you the tools needed to advance the story.

Speaking of advancing… the fact that you’re unable to sidestep unless moving forward does add a sense of urgency, in that it forces you to commit to each action; no way to change your mind or go back. Your only option is to press on, and at some point, hopefully, wake up from this rather peculiar dream. Maybe you’ll learn something, maybe you won’t, but chances are you’ll have acquired some food for thought if nothing else.