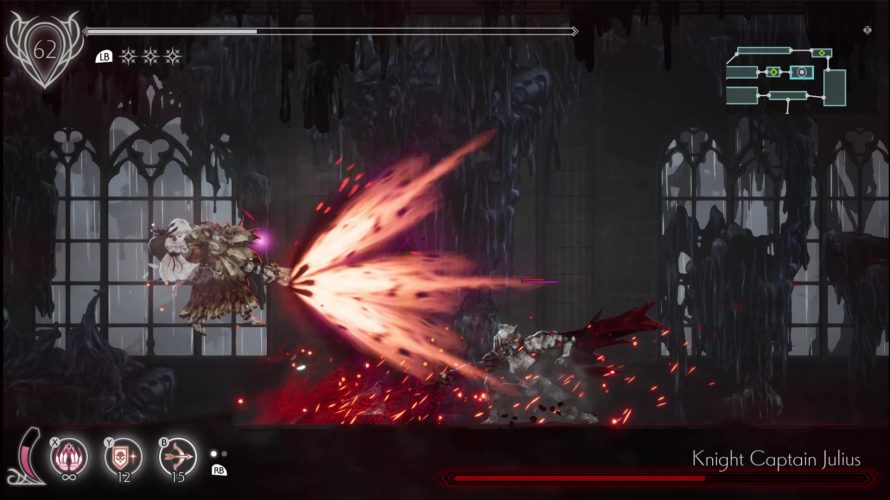 A kingdom ruined by rain. Such is the grim fate that has fallen upon Land’s End as with every living thing transformed into an undead monstrosity, all seems lost. That is, until the mysterious awakening of Lily, a young priestess, for with a little luck (and a lot of skill), she might bring a slimmer of hope for a return to the way things were, in ENDER LILIES: Quietus of the Knights.

Won’t be easy though, for I’d wager ENDER LILIES: Quietus of the Knights is every bit as deadly as it is pleasing to look at, towering bosses aplenty that would gladly put an end to Lily’s journey, almost before it’s had a chance to even begin. Emerge victorious, however, and she’ll find herself with a brand new ally to help tilt the odds ever-more in her favor. It is certainly the least they could do after being freed from that accursed form.

But whether she’s trekking through a submerged forest, a sealed-off contaminated underground cavern, a grand castle, or any of the other areas sprawling with deadly denizens, normal attacks, dashing, evading, and all that good stuff will really only get her so far. Each boss vanquished can be turned into a companion spirit of sorts, expanding Lily’s arsenal with things like magical bullet hell volleys and massive ethereal clubs. In other words, just what the doctor ordered for taking care of an undead blight. Oh, and uncovering a secret or two along the way is probably not a bad idea either.

At the end of the day, Lily’s actions will determine how this particular dark fantasy affair ends, as one foe after another falls before her, area after area is cleansed, and as is hinted at on the game’s Steam page, perhaps she’ll even be able to… find beauty in despair.

ENDER LILIES: Quietus of the Knights is available on Steam and Switch, carrying a $24.99 price tag.