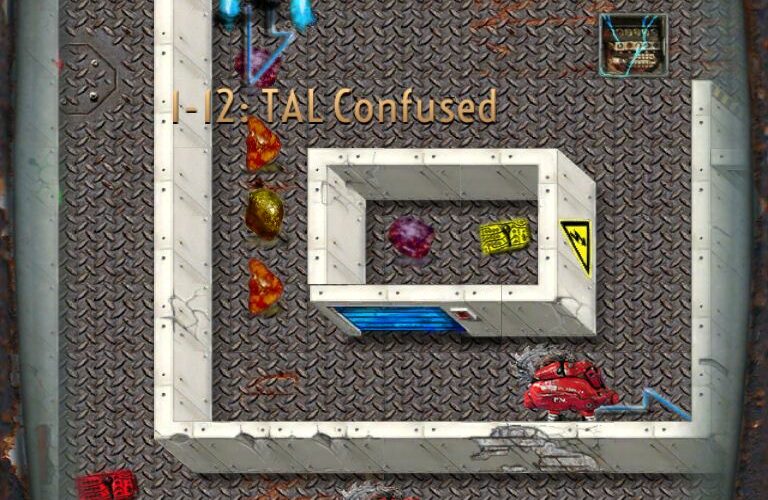 If the above screenshot looks somewhat familiar, it’s because Droid Arcade is a revamped and more action-y version of Droidscape: Basilica. Like in the original, humanity’s in trouble and Bishop 7’s our last hope. Nothing new there. But what has changed, is how the game controls and plays, as you’ll be playing this revision with your finger instead of your face (wait, what?).

Now, before you get all giddy after seeing ‘droid’, thinking you’ll get to crush giant robots, let me stop ya right there: this is a puzzle game, meaning the only destruction will be that of Bishop 7 if you’re not careful. I’m not joking – one hit from any robot, and the level will restart. So do be careful, eh? Remember, last hope for mankind and all that.

Moving the mechanized protagonist around is a simple affair. Simply touch the screen and he’ll follow as if being pulled by an invisible string. This replaces the ‘face control’ Droidscape: Basilica used, along with the planning phase. The graphics have also been overhauled and more than a few levels are different from the original. Sure, you’ll still be racing the clock while monitoring your energy (hint: avoid unnecessary movement), but I’d say enough has changed to justify this ‘re-release’. 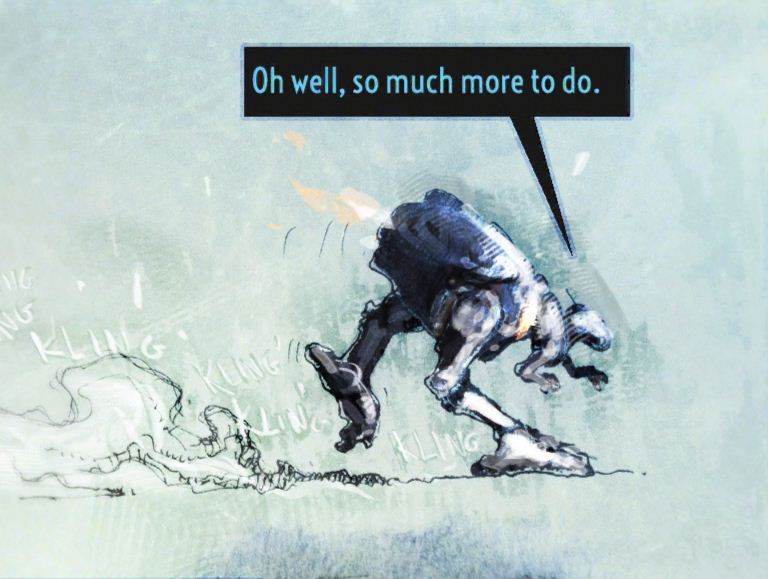 On top of all that, Kyttaro Games opted for more generous pricing this time around as well, in that they’re offering the first world for free. Yup, free. Then if you like the ‘sample’, a single $1.99 IAP will unlock the full version. Gotta say, I really like when mobile developers release their game(s) like this. Makes it so much easier to figure out whether it’s something worth spending money on.

With that in mind, you should be all set to start collecting colored keycards (and gems) while dodging hostile robots, pressing buttons and, you know, saving mankind. You and Bishop 7, that is. So what are you waiting for?

Droid Arcade is available from iTunes (universal) for free, with a single $1.99 IAP to unlock the full version.