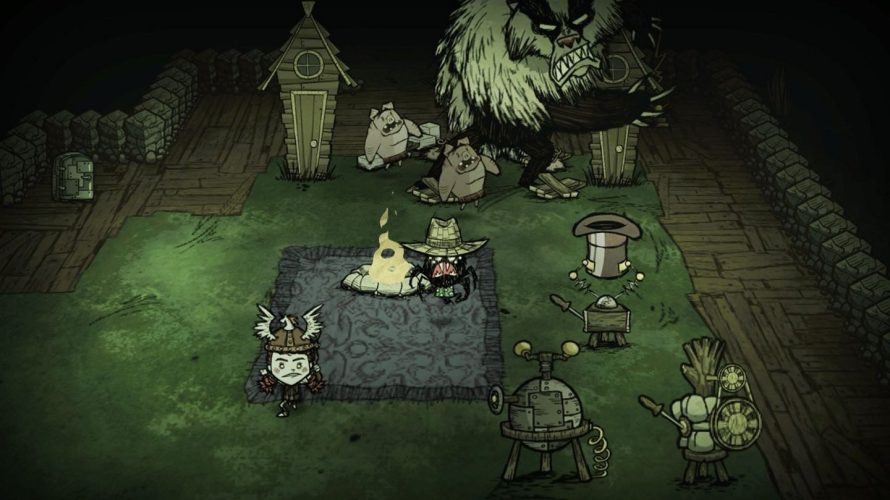 A lot has happened to Klei’s horror-esque multiplayer survival hit, Don’t Starve Together, since its early days, including the addition of, well, an inn. No really. Oh, and of course, a PlayStation 4 port. This, in no small regard, left Xbox One owners wondering when they would get to experience the awesomeness of working with their friends or, you know, work towards getting them killed. Because the latter is totally possible, and soon… the Xbox crowd will finally be able to experience such fun times. Also, a new playable character!

Unfortunately, while pretty darn groovy news, that’s also all Klei has shared at the time of writing. Aside from release date (September 13, 2017), price tag ($14.99) and the name of a new playable character (Winona). A character which will be hitting all platforms (Steam, Xbox One, PlayStation 4) eventually. Okay, so I guess they did have more to reveal than ‘Don’t Starve Together is coming to Xbox One!’, but in the grand scheme of things, still not a whole lot.

I don’t know about you, but I for one would love to hear just what Winona’s thing is going to be in the game, for example. Even if the Xbox One version, along with said character, is going to be out in less than a week, the more details, the more potential hype generation; and seeing how the port can be pre-ordered… yeah. Or perhaps Klei is simply hoping secrecy is going to generate buzz from people speculating about Winona’s characteristics, as it were? Also a possibility.

Whatever the case, come September 13, the only current non-handheld console without Don’t Starve Together will be Nintendo’s Switch. Just saying. Would be nice if that’d happen at some point, ya know, Klei?

Facebook Twitter LinkedIn Pinterest Tumblr WhatsApp Telegram E-mail
Previous article In 'The Last Birdling', Racial Differences Put an Uncanny Friendship to the Test
Next article This Fall, Interactive Fiction Will be Settled On the Fields of Battle In 'Dust and Salt'