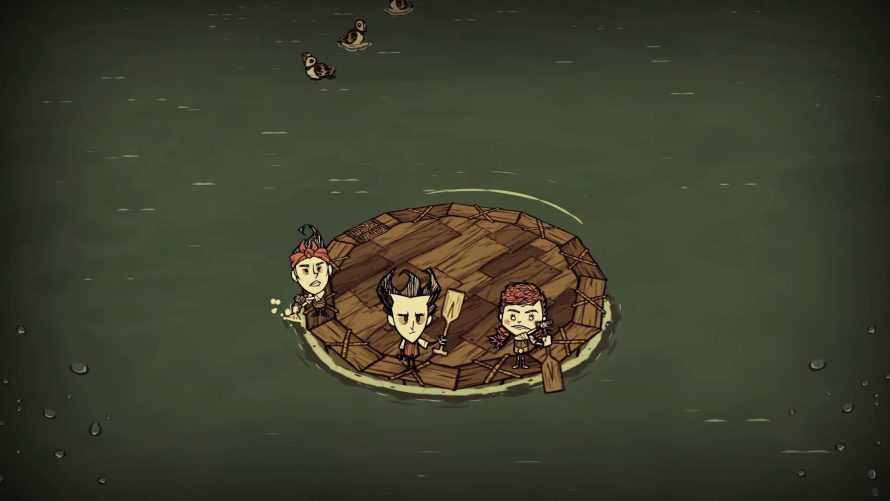 Well, there’s a mouthful for ya: Don’t Starve Together: Return of Them – Turn of Tides. That said, more free content in Don’t Starve Together is always nice, and this time it’s not a new playable character! It is, however, something that… well… lets you set sail with your friends. On the same boat. Finally. Now everyone can be in the same boat (get it?), taking on new challenges as a team. A team which may not be alive for long; but such is the way of Don’t Starve, and you know you like it like that.

Alright. So, boats! Actually, isn’t it just one? Ah, no, trailer below tells a different story. One of several boats, at that. Wait, did I mention how there’s a Seafaring Crafting Menu thingie now? I mean, you’re likely to need things while sailing that you wouldn’t ashore. Or some such. Until you set foot on The Lunar Island, that is, where many an odd landscape and even stranger new creatures await. New discoveries to be made, new… well, hazards too, I’d wager. We are after all dealing with a survival game here. Still not overly excited? How about having your sanity meter replaced with one of enlightenment, then? Yeah. Now we’re talking!

Something ancient stirs in the night sky, and the world below will never be the same. A strange new island teeming with life has appeared, and with it, a whole new slew of challenges for our Survivors to face.

But while that’s all well and nice for us PC folks, console fans? Uh, minor delays there, as they “expect this to take an additional 3-4 weeks (hopefully less)”. Annoying, but eh, sometimes certain versions of updates take longer, ya know? So, back to PC for a moment: if you want to acquire the “Roseate Sail”, simply log into Don’t Starve Together at some point in the next two weeks and it’s yours for the keeping. Console players will get the same special deal once available there. A nice little bit of bling for your new boat, as it were. Because what’s the point in sailing to survive if you don’t look good doing it?