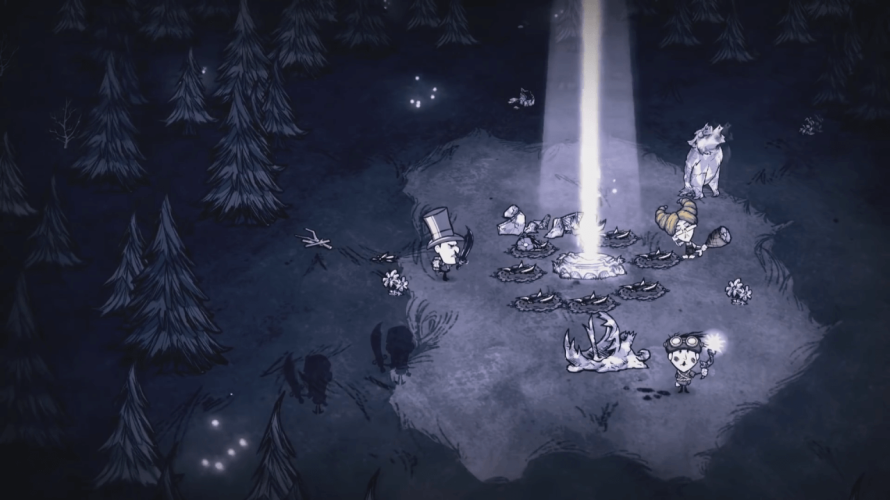 Shadows, like all things darkness, are bad for you in Don’t Starve Together, and… even more so now that the shadow queen has infested the lands with her wickedness. While this may sound like naught but a curse, it’s actually also a blessing as it gives players more things to fight, environmental hazards to deal with, and of course, new items to mess around with – including something to help struggling survivors… reconnect?

To emphasize just how those looking for a fight are sure to find it in this free content update for Klei’s co-op survival title, Don’t Starve Together: worlds – old and new alike – are inhabited by several new bosses, each more challenging than the last! Oh, and something about an Antlion. Because why not? Just don’t get lost in the desert during sandstorms, because those are now a thing too. Very groovy. And sandy. I think.

Speaking of which, if you do choose to brave that particular biome while visibility is low and sand is flying everywhere, throwing logic completely out the window… you just might stumble upon a neat little surprise or two. As for what, well, surely you do not expect me to spoil that here on top of everything else already revealed (even if most is taken from the announcement post)?

As for the rest of what’s new, different, and fixed, in Don’t Starve Together – A New Reign, look no further than this link. Plenty love for fans of mounted action, too. Just saying.

Don’t Starve Together is available from Steam, carrying a $14.99 price tag.