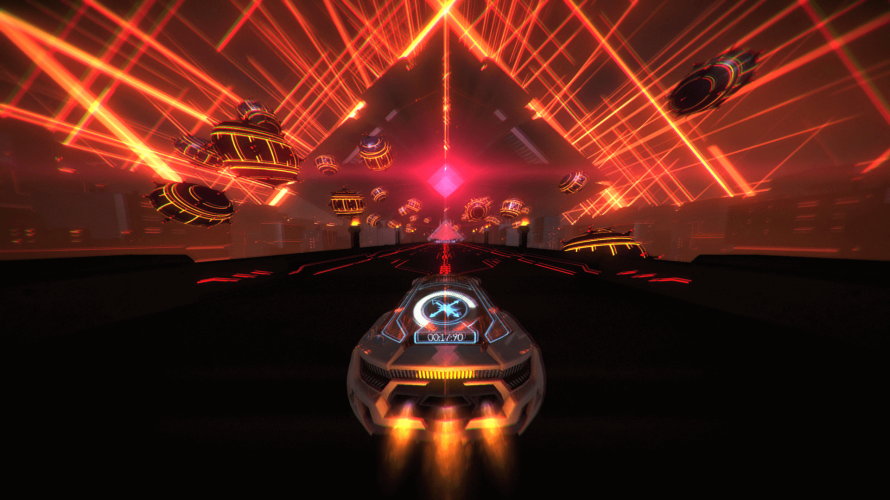 Nearly four years ago, Distance, Nitronic Rush successor, graced Steam with a neon-bathed Early Access launch (remember?). It was glorious if a bit lacking, at the time (but that’s Early Access for ya). Numerous updates and even more hours of hard work later, the groovy – and challenging – racer has finally reached 1.0, and with it, a slew of additional content. Doesn’t mean Refract Studios will be moving onto a new project just yet, though.

Those familiar with Nitronic Rush, an amazing student project dating all the way back to 2011, will feel right at home in Distance. Then again, perhaps not, as a lot has changed and/or improved. Yeah. It’s actually quite the different beast, I’d say, and an incredible one at that, featuring a ton of content – including several story campaigns! – as well as a powerful level editor. Oh, that reminds me: kudos to the developer for including workshop support, because at the time of writing, no less than 2.586 creations have been added to it. That’s a lot of tracks, challenges, and similar fun stuff.

On top of that, the recent leap from Early Access to 1.0 also brought random track generation (trackmogrify), VR support and… well, the end of a really long journey for a very dedicated team of artists, programmers, designers, and audio folks. Ah, almost forgot to mention that multiplayer, an absolutely vital component in any racer, is most certainly present and accounted for here.

Whether you take the game online with up to 12 players on the same track, or simply gather a group of up to 4 people on your couch, a good time is almost guaranteed. Even more so as the game features quite a few different modes, truly mixing up the racing experience. Just be careful while driving, as your car can only take so much abuse before calling it quits and blowing up.

Wait, did I say ‘driving’? I meant ‘driving and flying’ because, in this game, you’re by no means restricted to driving, gravity-defying stunts also playing quite the part in whether you finish first or… well, potentially… not at all. Or how about hitching a ride on a wall? Also a thing. Suffice to say, track knowledge is very important, shortcuts often cleverly hidden and all. So, think you’ve got what it takes to get behind the wheel and… go the Distance?

Distance is available directly, from Steam and the Humble Store, carrying a $24.99 price tag. PlayStation 4 version? When it’s ready.