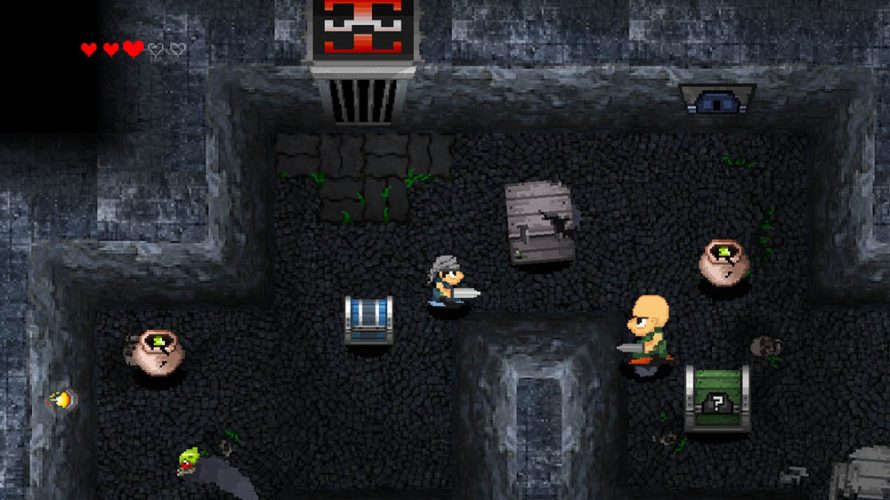 If you’re in the mood for some hacking and slashing in search for loot on your XBOX 360, Diehard Dungeon just might be what you’re looking for.

During early development, Diehard Dungeon went under the name Dungeon of Despair, and with a ton of enemies – most several times your size – to do battle with in this dungeon crawler, chances are that both “despair” and “diehard” will define the experience. That’s not to say it won’t be a fun journey through the randomly generated dungeons, in search of treasure and hidden secrets (that may uncover even more treasure!), but it will be a dangerous one, that much is certain.

But hacking, slashing and looting is not all you’ll be doing, as certain actions like trying to open a trap door triggers a skill game to mix things up a bit and boss battles are definitely more of a challenge than the puny opponents you’ll meet wandering the halls of this dungeon. There are also multiple endings, so to see it all you will have to play through it several times, which’ll really make you appreciate the randomly generated dungeons.

Even though Diehard Dungeon has only been on XBLIG less than a day now, tricktale are already hard at work on the first update which should be available in a few days and quite a few things are being changed/tweaked; a list of changes can be found here.

Diehard Dungeon is available on XBLIG for $1 (80 Microsoft points) and for more details, check out the blog.