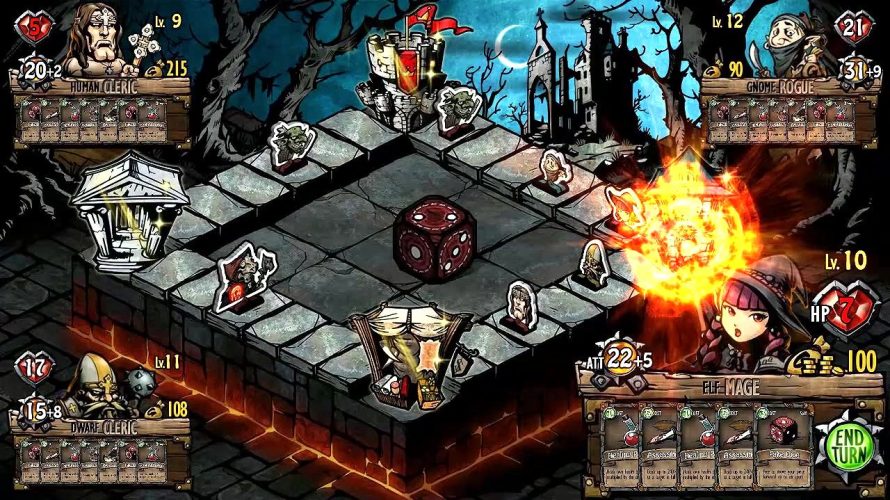 Dark times have fallen upon Middle Board. Evil creatures have risen and these punks are hellbent on wreaking chaos and destruction. There is hope yet though, as four heroes have embarked on a quest to claim DICETINY -- the die that controls the fate of all races! Ah, nothing like a good parody.

Now, while DICETINY: The Lord of the Dice (DICETINY) may seem complex at first, given its unique blend of RPG, board gaming and CCG elements, it really isn’t. Sessions consist of one to four players, with AIs filling remaining slots. Cast the die when it’s your turn, move according to the number rolled, and deal with whatever fate (or the developer, I suppose) throws at ya. You do have the option to tip the scales ever so slightly, however, by using a card from your deck during these (randomly generated) events; or heck… whenever you feel like it! Blind your foe or teleport around the board – your cards, your turn, your call.

In DICETINY, you play as one of the four chosen heroes in one to four player co-op mode , using a die to move and cards skills to survive from mean monsters and epic bosses and ultimately slay them to bring peace to the world once again.

Just don’t lose track of the big picture, as each complete lap levels not only your character but also the enemies. Then again, tougher beasties do yield more XP, so it could be worse. Anyway, big picture: take out the boss. A bit cliché, but that’s probably to be expected from a parody board game such as this. Oh, and while teamwork is essential to beating the big bad something-or-other, only he/she who deals the final blow will be the grand victor. Something something victor, spoils.

Intriguing, no? And that’s just scratching the surface. Remember that bit about CCG elements? Well, in DICETINY, you get to build your own deck, adding cards as you go along, growing ever more powerful. A board game with progression – now there’s a first. But alas, while interesting and lovely looking, making a game like this ain’t cheap, which is why the developer needs your help. 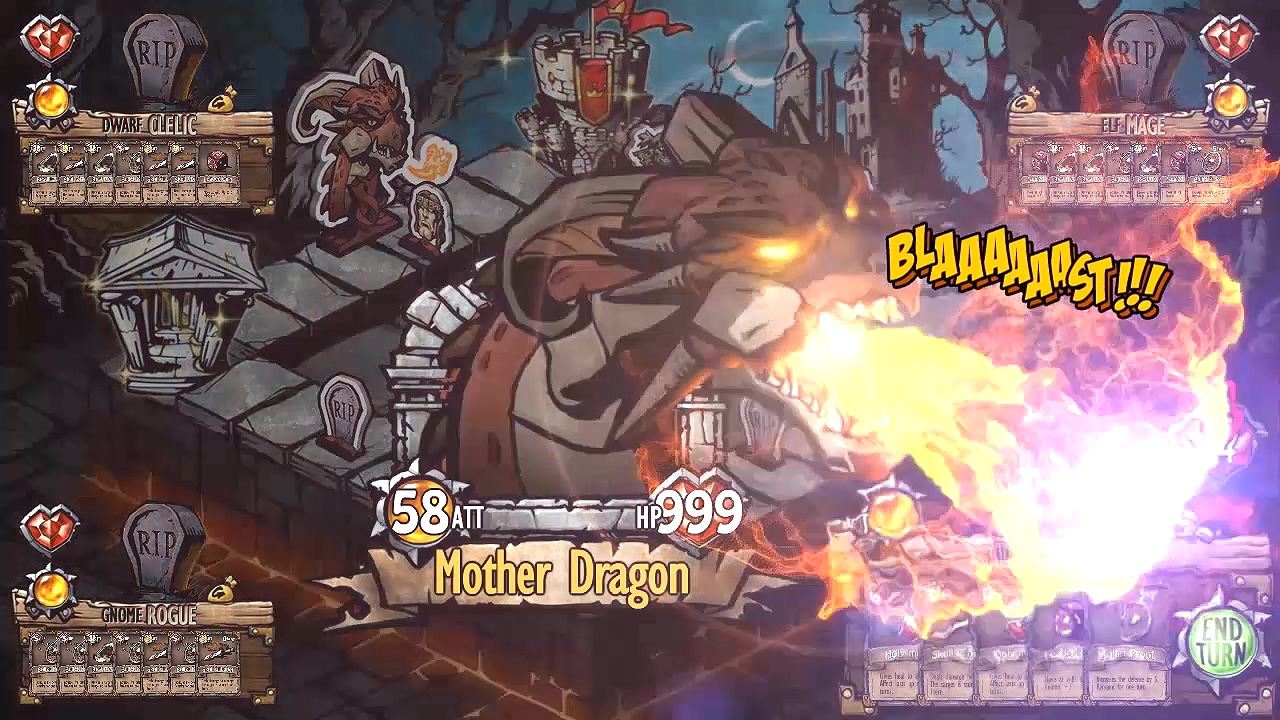 Whether you feel like supporting their Kickstarter campaign financially, which is at $10,874 (CAD, not USD) of $30,000 at the time of writing, or simply by spreading the word, remember: every bit helps. In case you’re wondering why they need that large an amount, here’s a rundown:

While pledging $15 will get you a Steam key come launch, more generous backers ($60 tier) may want to set their sights set on Kickstarter exclusive content too, including a unique race, class, and UI. Or how about a physical DICETINY dice ($1,100)? Now that’s groovy.

The plan is to put the game on Steam’s Early Access platform at some point during the beginning of 2015. But for now, there’s still the matter of crowdfunding, and the clock’s ticking: 26 days left with $19,126 to go. Let’s get DICETINY kickstarted, eh?