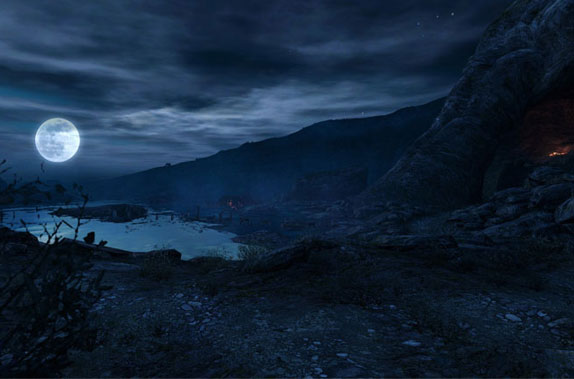 While fans and critics may never be in complete agreement as to whether Dear Esther is actually a video game or simply what gave birth to the ‘walking simulator’ genre, there’s no denying that it was a quality title. A title which, this October, will be hitting the stage, complete with live actors, a narrator and of course, Jessica Curry’s popular soundtrack. Groovy? Hopefully!

I can’t even begin to imagine how a game like this would translate to a live play, although something tells me it’ll be downright brilliant -- if you’re a fan of the source material at least. That or… a big theater-goer. Oh, and it’s in London. Plane tickets aren’t super pricey these days though. Just saying. And chances are this is going to be a once-in-a-lifetime opportunity to witness a game turned into a stage play. So there’s that too.

For more information, as well as of course, ticket acquisition (£22.50 + booking fee), head over to the Barbican website. Curtain rise is at 7:30 pm UK time, on October 14, at the Milton Court Concert Hall. Will you be attending this rather unusual adaptation of Dear Esther?