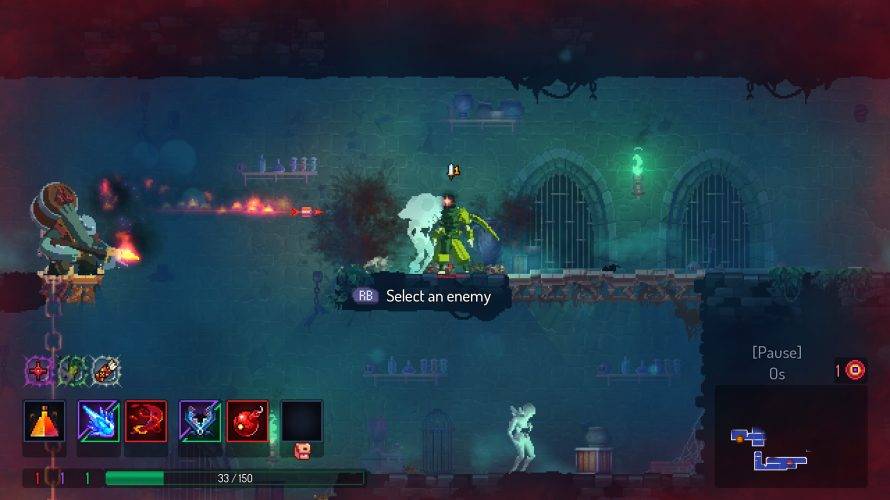 Seems 2021 is the year of difficulty smoothing for Dead Cells. Back in April, the Whack-A-Mole update made small changes across the entire spectrum, from BC0 to BC5. This one, dubbed Practice Makes Perfect, is more about additions than tweaks, and you better believe they’ll benefit veterans every bit as much as newcomers. Very groovy.

I mean, just look at the above screenshot. ‘Select an enemy’? That’s new. That’s definitely new. It’s also really interesting, quite frankly: a training room which has players hone their skills against every enemy and boss they’ve faced thus far. Pick one, bring it to life, and… well, practice! Considering the number of different foes Dead Cells has at this point, a feature like this is an undeniably welcome addition. Sure, you’ll likely still end up surprised and panicky upon encountering them in the wild, but at least now you’ll be that little bit more prepared. Maybe. So empty those weapon tubes and get to slicing, dicing, burning, icing – you know the drill.

All the new features are entirely optional and designed to allow you to improve your skills with no ragequits! OK maybe you’ll still have a couple…

If not that, then how about some super-strong buffs that’ll really help you blast through each run? Say hello to Aspects. You can only pick one and running with an Aspect prevents you from unlocking new boss cells as well as flawless boss achievements. Something for something. Perfectly fair. Whether it’s a crazy amount of additional fire damage or a form of speed boosting, surely at least one of those – at the time of writing – thirteen Aspects are going to suit your playstyle. Maybe.

Hmm… quite a few maybe’s, actually. Well, such is the way of Dead Cells. Lots of perhaps this, maybe that, and then your run gets absolutely destroyed in a grand ol’ explosion while you’re frozen, poisoned, burning alive. At the same time. Which may or may not be possible. I need to get back to it and play more to confirm. High Peak Castle and Undying Shores apparently now have lore tidbits hinting at something upcoming, and there’s even more fun stuff in this update too. Time to kick you-know-what and collect cells.