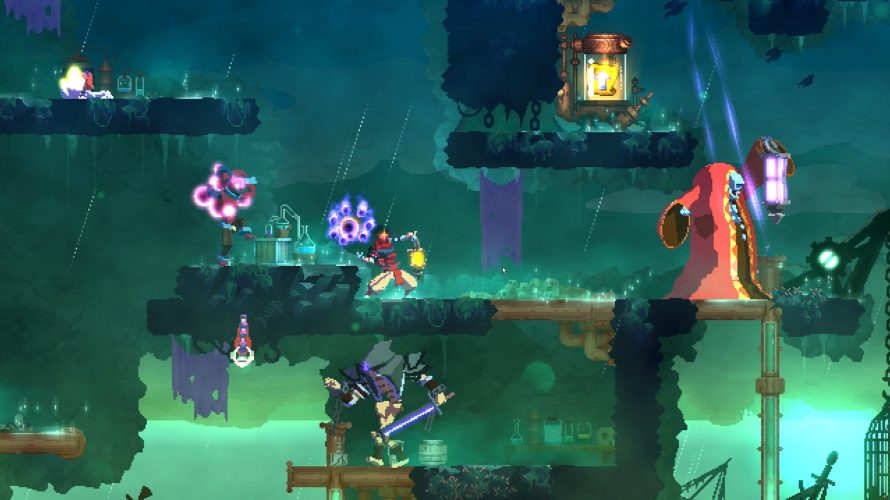 Players are never quite ‘done’ with Dead Cells, and that goes for its creator too, as early 2021 will see the release of another piece of premium DLC. Same low price as The Bad Seed and that’s not all either: Update 21 was teased alongside the reveal of Fatal Falls, and I’d be very surprised if this is just some minor update without brand new content (based on the changelog for prior numbered updates). Groovy stuff!

But before we get to the Fatal Falls DLC reveal, let’s take a moment to reflect on how amazing it is that Dead Cells has passed 3.5 million copies sold on all platforms. Because… wow. That’s a big number! Its wide availability – the big three (Windows, macOS, and Linux), iOS, Android, Switch, PlayStation 4, Xbox One – certainly didn’t hurt sales figures, I’m sure, although that doesn’t make it any less impressive. So congratulations on a job well done, Motion Twin.

Alright, main event time: DLC! New content! Biomes! Weapons! Enemies! Of which, unfortunately, only the two new biomes – Fractured Shrines and The Undying Shores – have been revealed at the time of writing, alongside… wait, is that a new boss? It is! There’s a new boss! Ahem. Oh right, the new biomes will be parallel (new route options, essentially) to the Stilt Village, Clock Tower & Time Keeper areas, and as can be seen on the above screenshot, the action is thick and fast. Exactly how Dead Cells players, newcomer and veteran alike, prefer it. The less time spent not killing something, the better.

Not like there’s much of that in the DLC teaser (below), though. Curious.

Dead Cells: Fatal Falls will be hitting Steam and consoles in early 2021, carrying a $4.99 price tag.