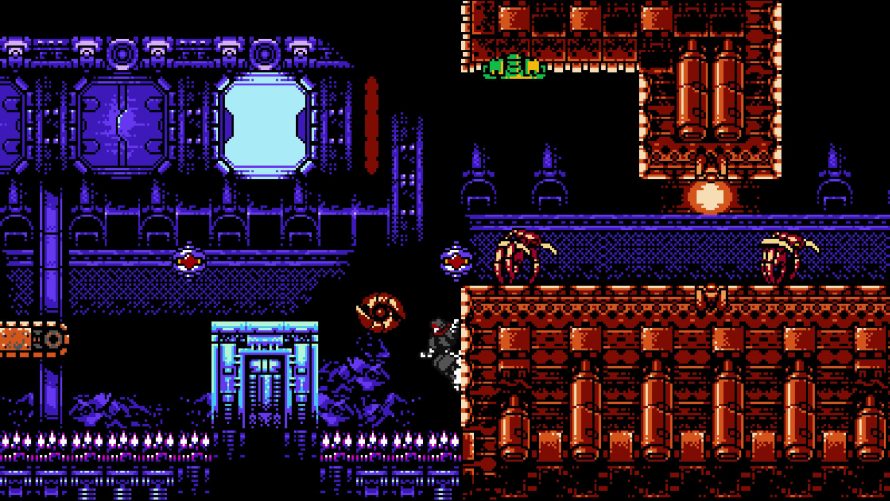 Even though Ninja Gaiden and Shadow Dancer first saw the light of day way back in the late 80s, given how spectacular they were, it’s no wonder that both are still remembered fondly in 2019. To the point where developers are quite keen on bringing back their old-school ninja action platforming, complete with the same high level of difficulty, and a handful of modernizations. Ah, an example? Well, how about… Cyber Shadow?

Now, while Cyber Shadow wears its inspiration on its sleeve, what with an art style and character design both quite similar to the original Ninja Gaiden, digging a little deeper seemingly reveals a noticeably deeper experience: “unlock permanent Ninjutsu skills and abilities, combining them seamlessly as only the warrior of legend could”. Yeah. Good stuff for sure, but what really caught my eye in the trailer below was the overall pace -- none of that mostly-less-than 30 FPS we remember from classic 8-bit platformers of the same vein, and good riddance. No one likes playing the part of a ninja held back by hardware limitations.

A desperate plea for help sets Shadow on a journey to uncover what started the path to perpetual ruin. Slash through the techno hordes, leap past traps, and nimbly navigate the ruins of Mekacity.

Right. Anyway, your mission as Shadow (hey, now the game’s title almost makes sense!) is to rescue his entire clan… in a world that has been taken over by synthetic lifeforms, of all things. Everything from annoying birds and creepy crawlers to a dragon with a body made up of, well, balls, to… a giant… robot. All robots. Robots everywhere. Accursed machines, thinking they’re so much better than us! That said, by the time the credits roll on this glorious tale, chances are the only ones left standing will be Shadow and his reunited clan. Hopefully.

Provided you manage to reach the end in one piece. Which I hope is going to prove rather challenging. After all, where’s the fun in being a bloody ninja if you aren’t being constantly challenged to better yourself? Slice and dice!

Cyber Shadow will be on Steam, PlayStation 4, Xbox One, and Switch… soon.

Cyber Shadow Trailer
Facebook Twitter LinkedIn Pinterest Tumblr WhatsApp Telegram E-mail
Previous article At a Glance: IFComp (aka. The Interactive Fiction Competition) 2019's Glorious Victors
Next article Chat With Survivors While Fending Off Zombies, Birds and Other Nasties in 'Hope; or How We Survived'