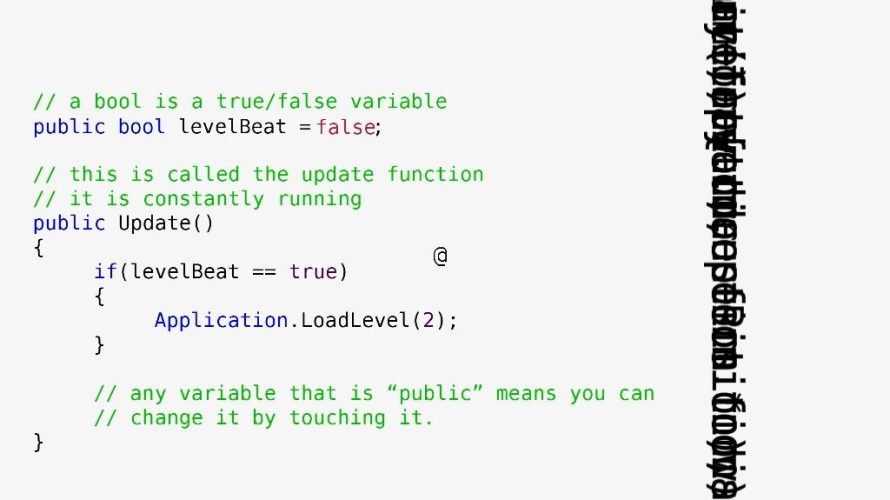 I’ll be honest, programming never got me overly excited. Yet the idea of solving puzzles revolving around that very concept still caught my eye, and I’m glad it did. Your job as @ is to fix code snippets by modifying variables. Easy enough, if not for the fact that a wicked being has sent his minions to stop you!

Man… Last time I played as @ was in 199x, in a game known as Moria; one of the earliest roguelikes, for those unfamiliar. Little did I know that I would end up working my way through if-then-else and such things as that very guy, come 2013. Although in all fairness, the two are probably not related, but… imagine if they were. One, a brave adventurer, traversing the depths of Moria on a quest to slay the Balrog, while the other, a heroic programmer’s aid? Nah, I’m just messing with ya.

They do have one thing in common though: both are on an important quest, filled with dangers and hazards. In this case, an evil being known as ‘the garbage collector’ is determined to ravage the World of Code, to free up memory; what a jerk! During my time spent modifying bools (true/false variables), incrementing and/or decrementing integers, causing code loops and other crazy stuff, resistance seemed oddly scarce though.

That said, the build only featured a total of 8 hand-picked levels from the 64 that’ll be in the full version however, so chances are those guys will show up again sooner or later. There’s no way mr. garbage collector is going to let code take up precious memory, after all, and my heroic efforts were thwarted at least once by his minions. Can’t even blame the game for it, as I simply took too long in solving the puzzle! Had I acted faster, the alarm would not have gone off and @ would have been home free.

While each puzzle does revolve around, well, programming, prior experience in that field is not mandatory, as the game does a good job of explaining the task at hand. This makes for an incredibly unique learning experience which, at the same time, is also a video game. The way everything is designed, working out what to do is about logic more than actual programming, which will hopefully ensure that this peculiar puzzler appeals to the masses.

Initially, I didn’t have a clue as to what was going on. But after moving @ around the screen a bit and actually paying attention to the information at hand, a light bulb went off. Suddenly, I was able to kick variables and take functions and @ was well on his way to becoming a true hero, one capable of saving the World of Code; garbage collector and his goons-for-hire be damned. That’s how I like to look at it at least, but in reality, I’ve just begun to scratch the surface, as the full version will feature eight times as many levels!

Not that it matters though. Come Q1 2014, when [code] is scheduled for release, I’ll be more than ready for it. But for now, how about clicking the big ‘yes’ button on Greenlight, and checking out the trailer below? @ and the World of Code needs your help (or they will come 2014)!