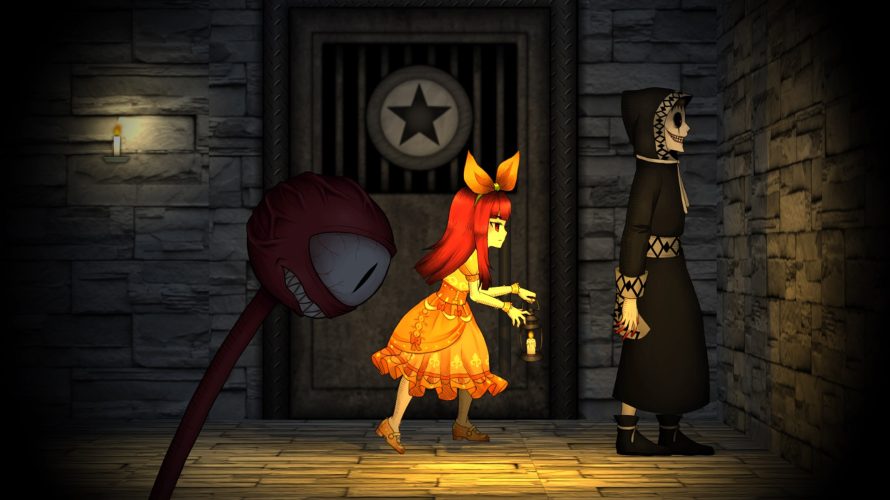 Experiments can yield very interesting results – in a controlled environment. Too bad someone forgot to tell Clea‘s parents about that last bit, as whatever they intended to do with Chaos Servants has gone horribly wrong. As in, they’ve been let loose and are now wandering the halls of the Whitlock Mansion. From which Clea – and her brother – has no choice but to flee. Somehow. Provided she can outwit the uncanny hunters and solve the puzzles between her and… sweet freedom.

So, here’s the thing: according to InvertMouse, creator of Clea, there are no “prescripted scares” in this game. Which might raise an eyebrow or two, seeing how this is, for all intents and purposes, a horror experience. Then again, perhaps it is actually possible that not everyone crafts their spooky titles with scripted jumpscares in mind. Instead, in this case, it seems the fate of Clea is entirely in the player’s hands – so either you git gud or the protagonist is doomed. Doomed to forever roam these dark halls, searching for that one important item and/or the solution to that one puzzle that resulted in her untimely demise. Again.

Mum and Dad have been experimenting on Chaos Servants, but now, the monsters have been let loose. Clea, with her brother in tow, must escape from the Whitlock Mansion.

Actually, that might be a tiny bit exaggerated. Just a tiny bit. Stepping into the shoes of Clea – and by extension, her brother (as we mustn’t forget about him!) – involves peeking under doors, listening for footsteps, and staying as far away from anything that moves as possible. Believe me, you do not want to end up getting caught by these… things. Ever. What you will want to attempt, however, is to acquire as many memory orbs as possible to unlock those delicious bonus chapters full of family secrets. Just be careful as you go about collecting these. Real careful. There’s only one way to find out what lurks in the shadows up ahead, and chances are you don’t want to find out.

Clea is available on Steam, carrying a $5.99 price tag.