An indie game going open source? This is madness! Actually no, it’s the real deal: The developer of Boxel recently released the source for his Android game in the hope that it “can act as a guide for new Android game developers”. What a generous thing to do!

Even though there are but a handful of reviews on its Google Play page at the time of writing, at least they’re all positive. Time will tell if the same holds true for the source code, but since I know next-to-nothing about programming, I can’t really tell you anything about the quality of it. It’s available by clicking the big zombie picture here however, so feel free to take a look if you’re an aspiring Android developer or simply curious. 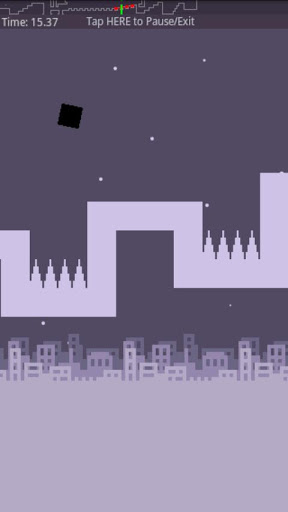 Skillfully navigate through 3 unique level packs. Master your jumps and conquer your best time records. If you enjoyed playing The Impossible Game, you should give this app a shot!

The Impossible Game? Somehow I doubt any game can match that ridiculous level of difficulty, but they do have one thing in common apart from the challenge – both are minimalistic 2D platforming games. That and it’s how Jacob DeBendetto chose to describe his game, so I’m going with it. Now, releasing the source code for a game usually means that development has come to a halt, but that’s not the case here as he’s hinted at updates which “might include level expansions and minor optimization”. Or instead of waiting for more levels, you could take a shot at creating your own with the free level editor.