Woo, Steam trading cards! Actually, that’s fake enthusiasm, as (for now) they don’t really serve much purpose. That doesn’t diminish the quality of the contents of this bundle though! With heavy hitters like To The Moon, Really Big Sky and Skyward Collapse, this is one of them hard-to-ignore deals for sure. Also, trading cards, because… people love those, whether they’ll admit it or not.

With a whoopin’ fifteen games across two price tiers ($1.99 and $4.99), Steam keys across the board, trading cards for the lot and such a great lineup, can you really resist the temptation? Believe me, they’re not gonna be this cheap ever again. Oh and each tier contains a bonus game, set to be revealed at a later date. Intriguing! 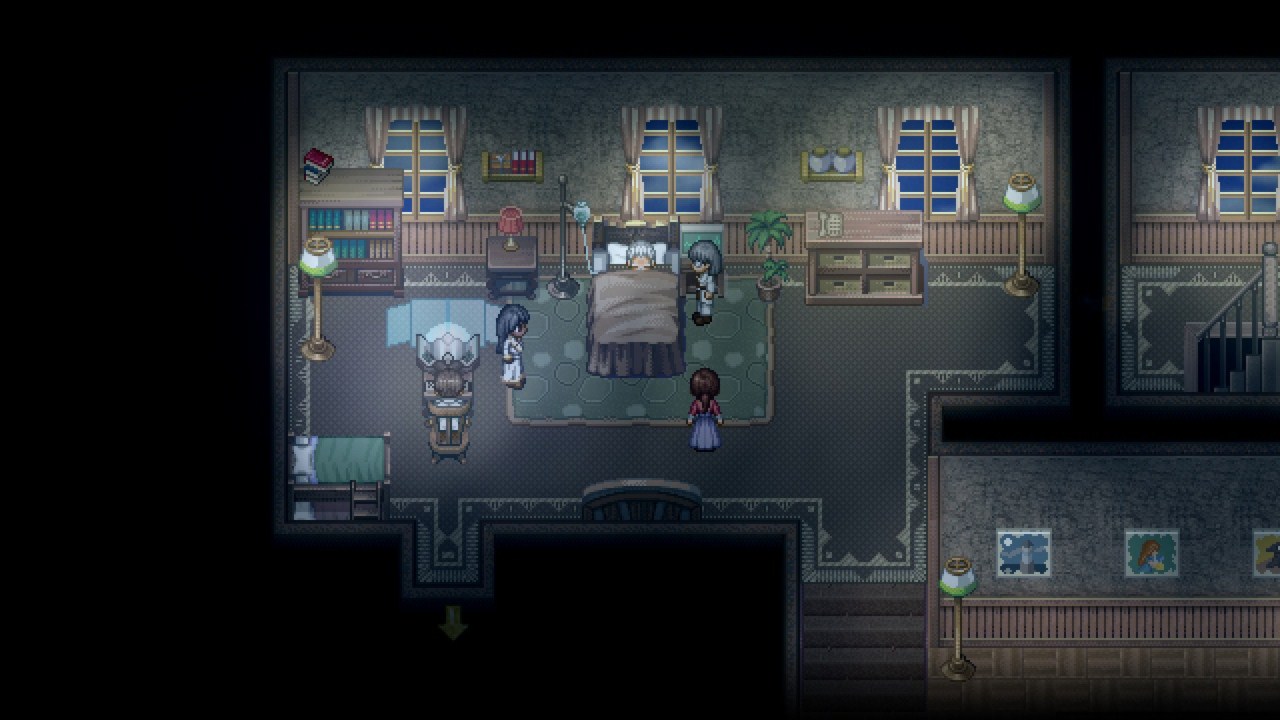 To The Moon (Windows, Mac, Linux – Steam + soundtrack)
Dr. Rosalene and Dr. Watts have peculiar jobs: They give people another chance to live, all the way from the very beginning… but only in their patients’ heads. Due to the severity of the operation, the new life becomes the last thing the patients remember before drawing their last breath. Thus, the operation is only done to people on their deathbeds, to fulfill what they wish they had done with their lives, but didn’t. 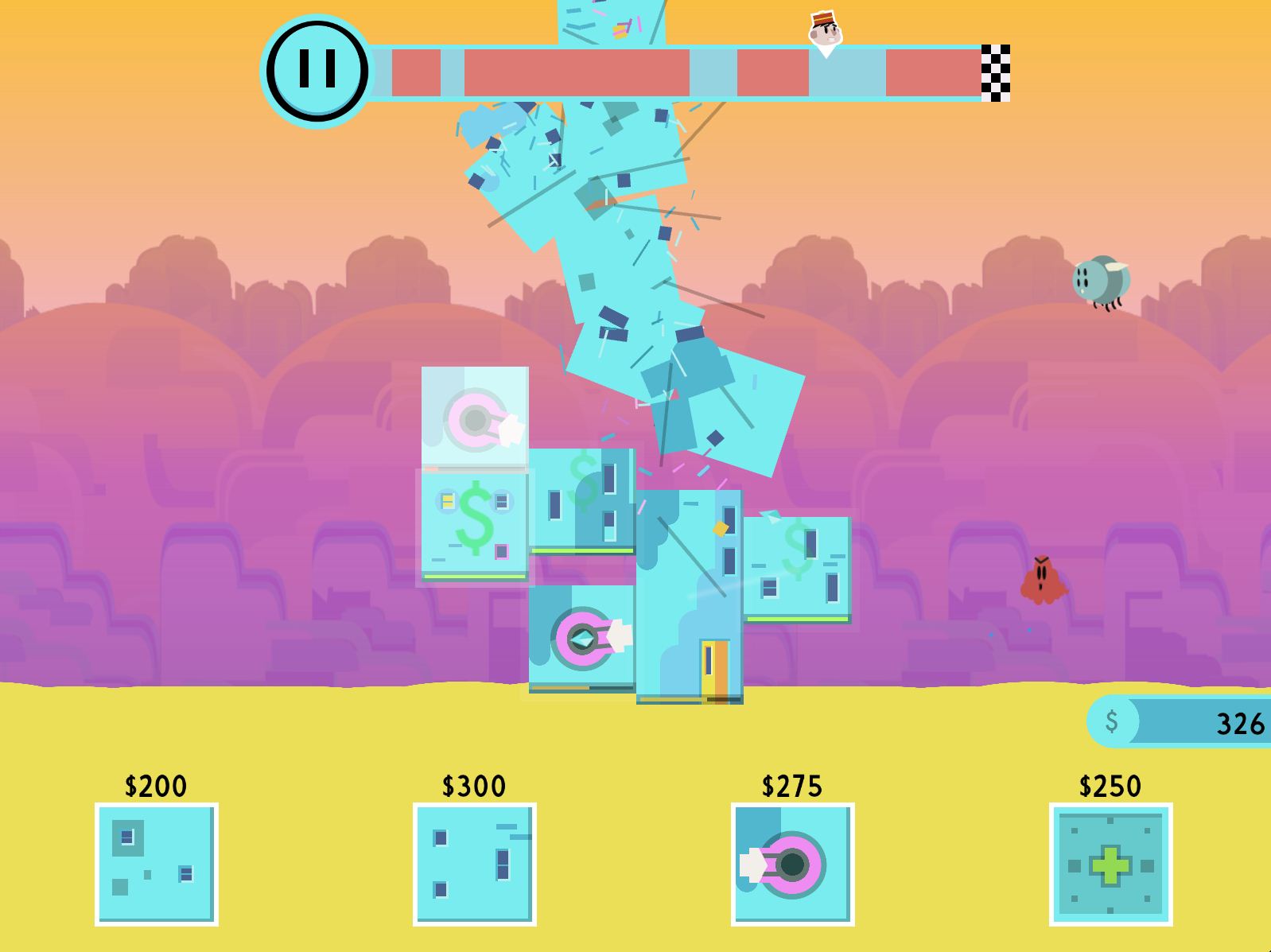 Bad Hotel (Windows, Mac, Linux – Steam + soundtrack)
You are a budding entrepreneur, whose hotel is rather unfortunately located within the territory of Tarnation Tadstock, the Texas Tyrant. Your only defense against Tadstock’s army of seagulls, rats, yetis, and more is to build your hotel as quickly and intelligently as possible, using an array of increasingly sophisticated weapons. 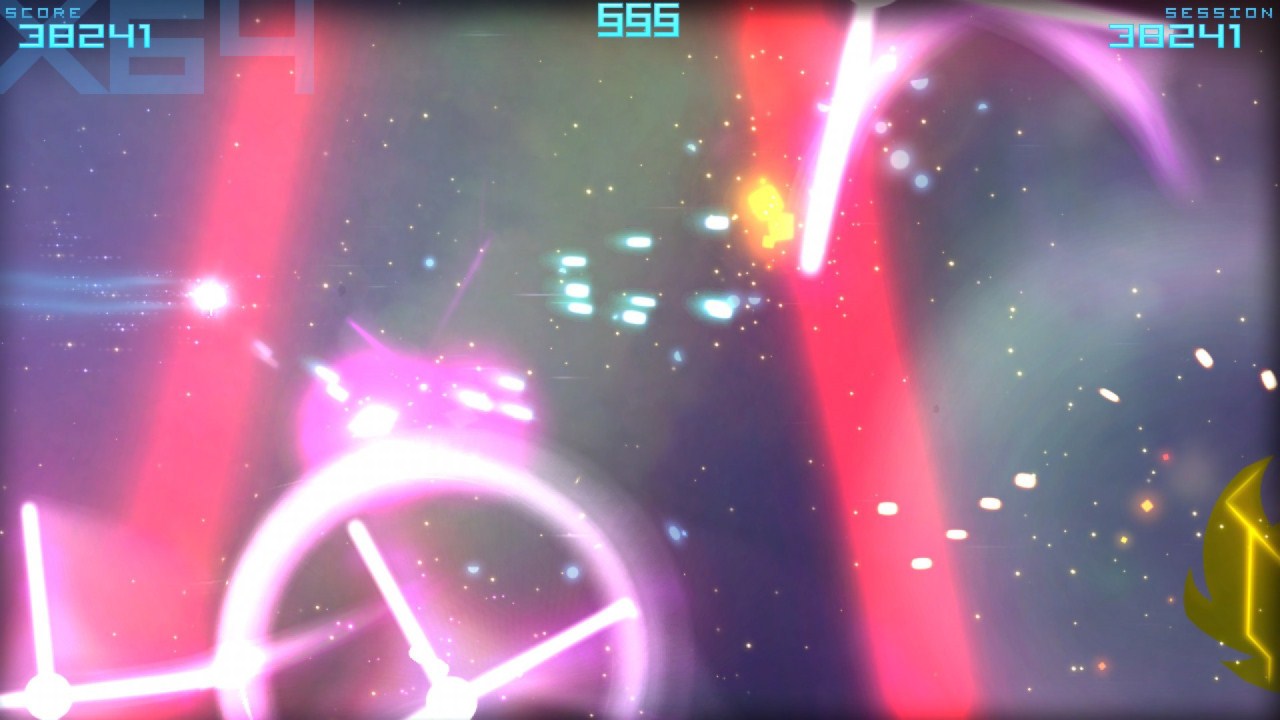 Really Big Sky (Windows – Steam + soundtrack)
A super fast, twin analogue shooter for the modern age! Way over in the big void of space live some aliens. They coveted [your planet] and would do anything to live there. So what’s [your planet] to do? Yeah, blast through them all! Face off against waves of enemies, bosses, giant laser planets, blackholes, wormholes, massive lasers, planets and asteroids across 12 game modes! 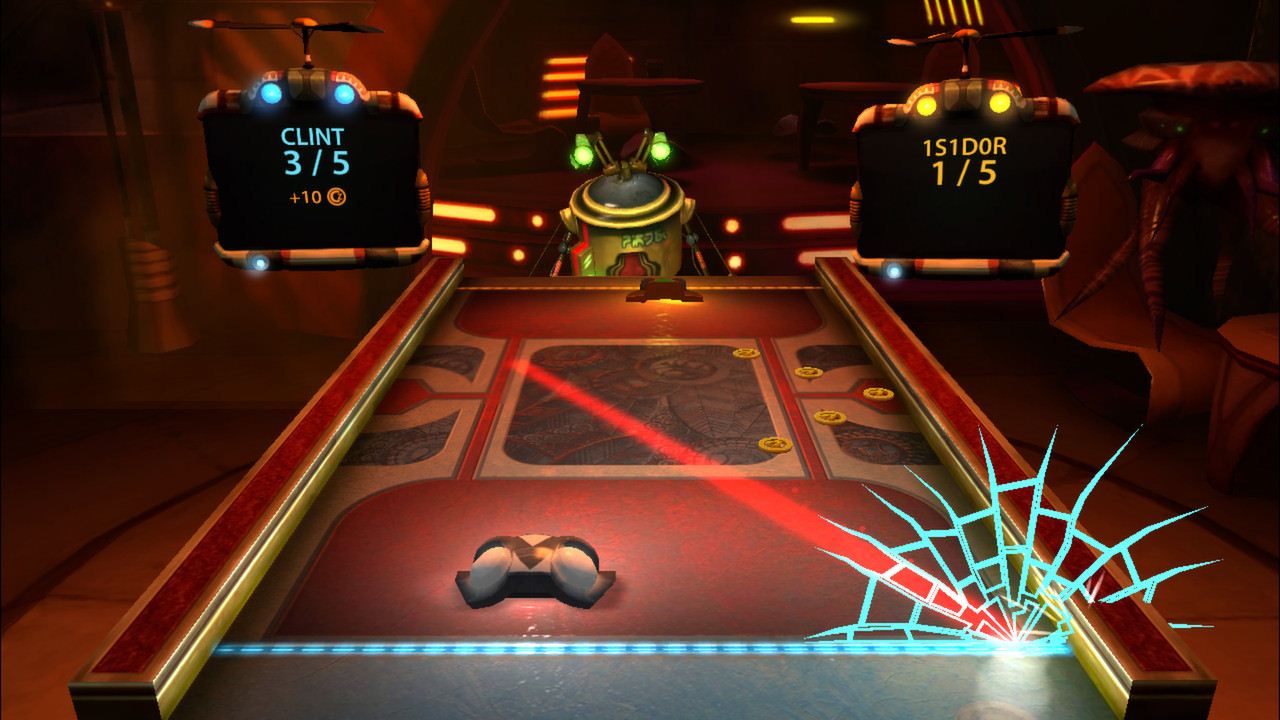 Shufflepuck Cantina Deluxe (Windows, Mac, Linux – Steam)
After “accidentally” jumping your spaceship through a wormhole, you’ve crash landed onto this forsaken desert planet a billion kilometers from home. The only thing between you and the horizon is the seemingly endless dunes of sand, save for one strange, huge building. Inside, it appears to be an interstellar Casino where everyone plays air hockey for a living. 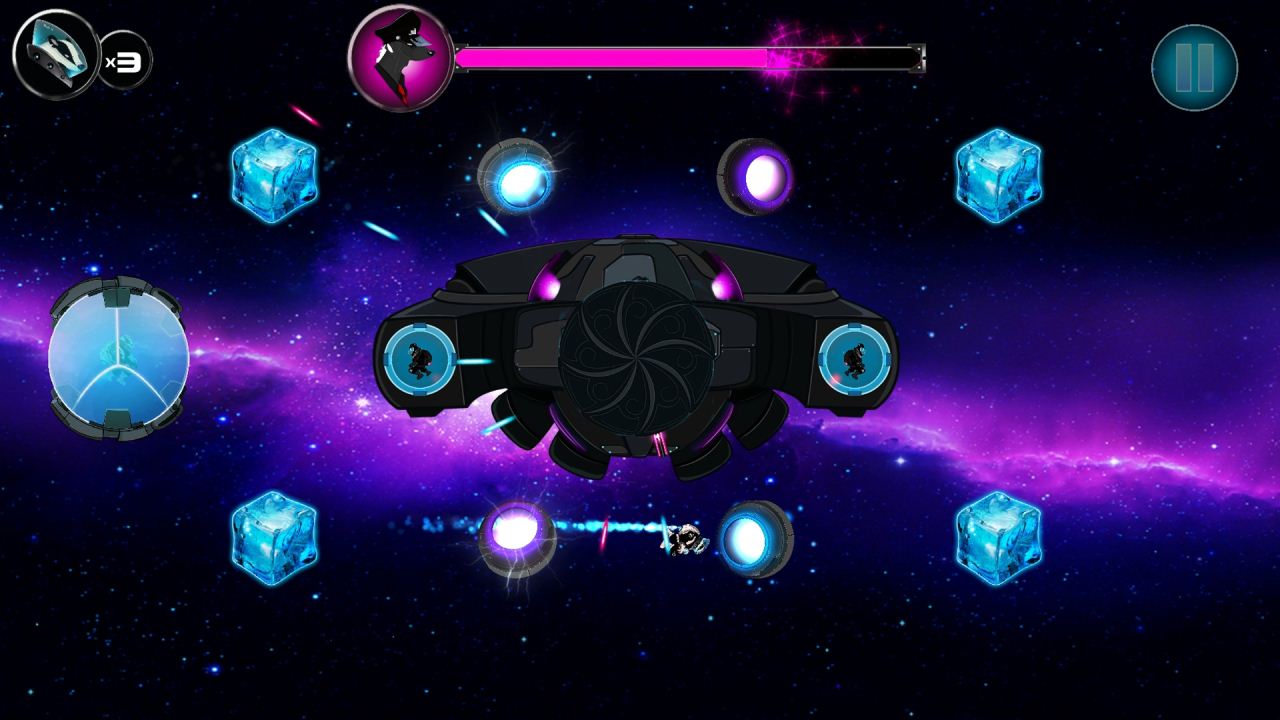 Gravity Badgers (Windows, Mac, Linux – Steam)
Step into the space suit of valiant gravity badger Captain T Bayback as he ventures into the deadly depths of deep space to save his friends, family and the universe itself from the threat of the deadly Evil Honey Badgers, aka the Hellsett. For the first time EVER a game unites the thrilling elements of Badgers and Gravity to create a stunningly presented physics-based puzzle game that will take you beyond the realms of possibility, imagination and logic to the star-dusted realm of the GRAVITY BADGERS! 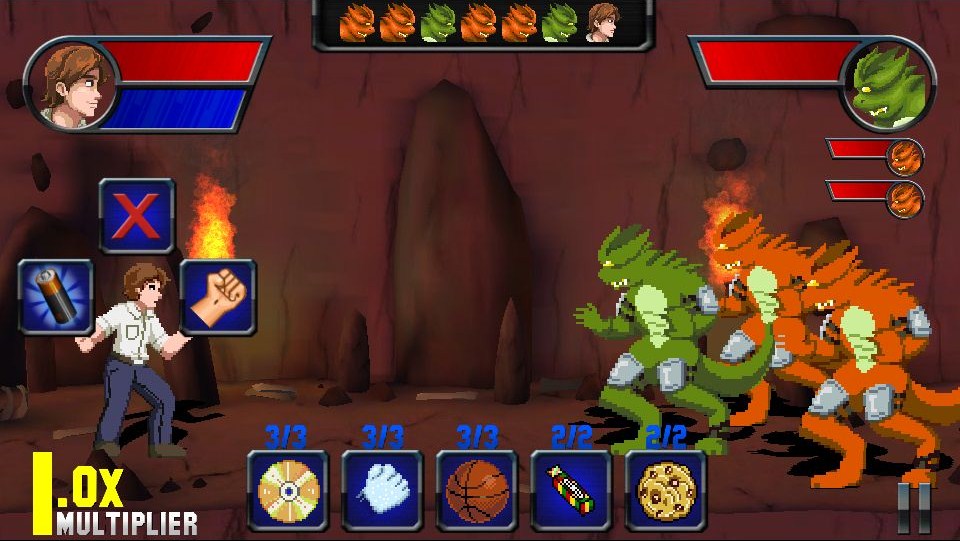 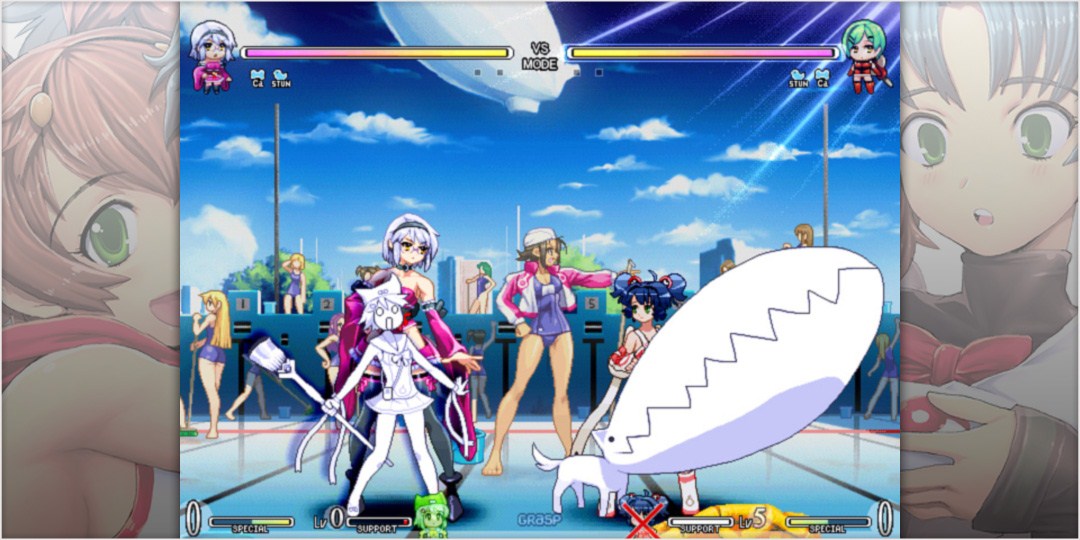 Vanguard Princess (Windows – Steam)
Government experiments on a young girl triggered a cosmic shock wave that gifted many young girls with mystical powers. She re-emerges into the world and vows to destroy all of mankind in an act of revenge. A brave group of girls who embraced their powers head to the battlefield to confront her; not just for the sake of the world, but to pursue their own personal motives and dreams. 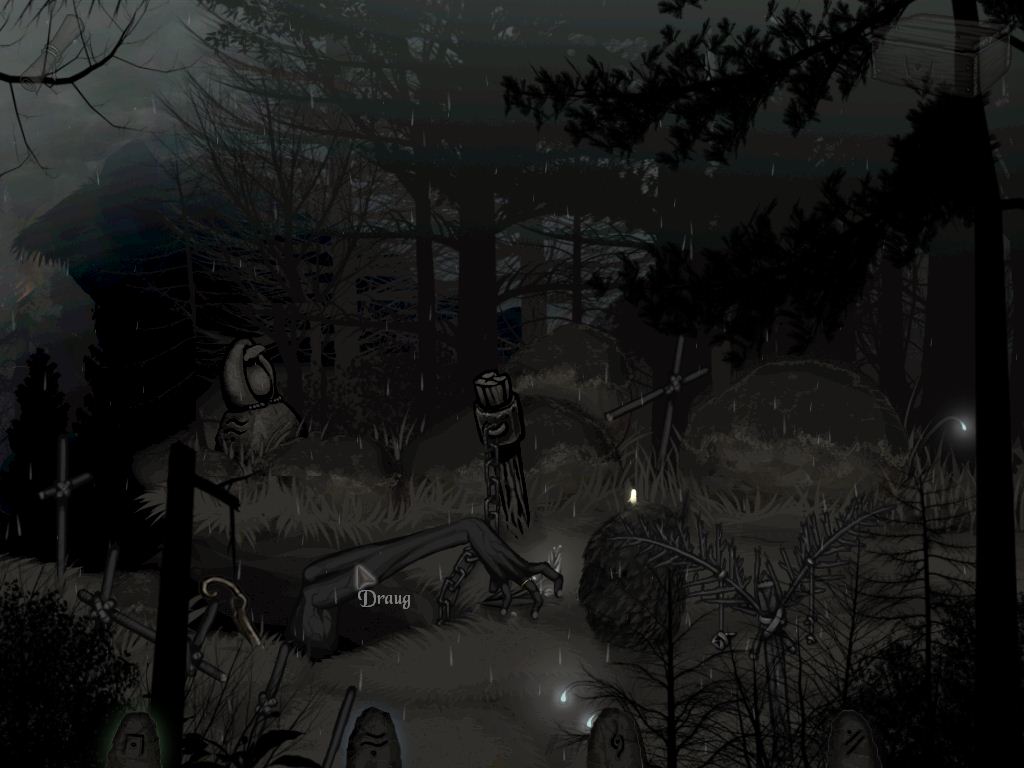 Oknytt (Windows – Steam)
Oknytt is a point-and-click adventure game where the player takes the role of a small, seemingly insignificant creature, leading it through a dark world riddled with obstacles to help it find a place to belong. The game takes place in a Norse medieval world and contains a number of beings and areas inspired by Swedish folklore. 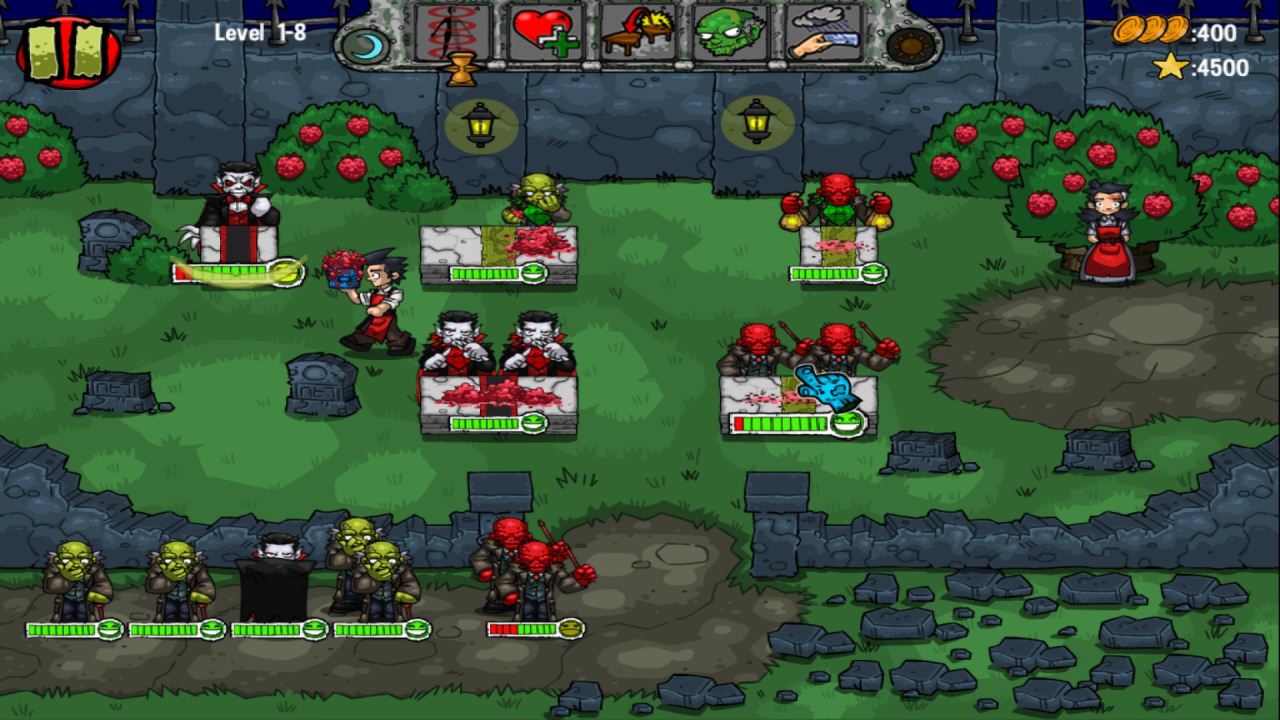 Dead Hungry Diner (Windows – Steam)
Dead Hungry Diner is all about big combos, spells, monsters fighting monsters and finding your flow within the monstrous mayhem! Help Gabe and Gabby, patrons of “The Dead Hungry Diner”, as they feed the creatures of the night buckets and buckets of juicy Brain Berry goop! (Well… that’s the easy part!) Do you know what happens when you place werewolves near vampires? They fight!!! And you don’t want fighting when you have so many other things to take care of… 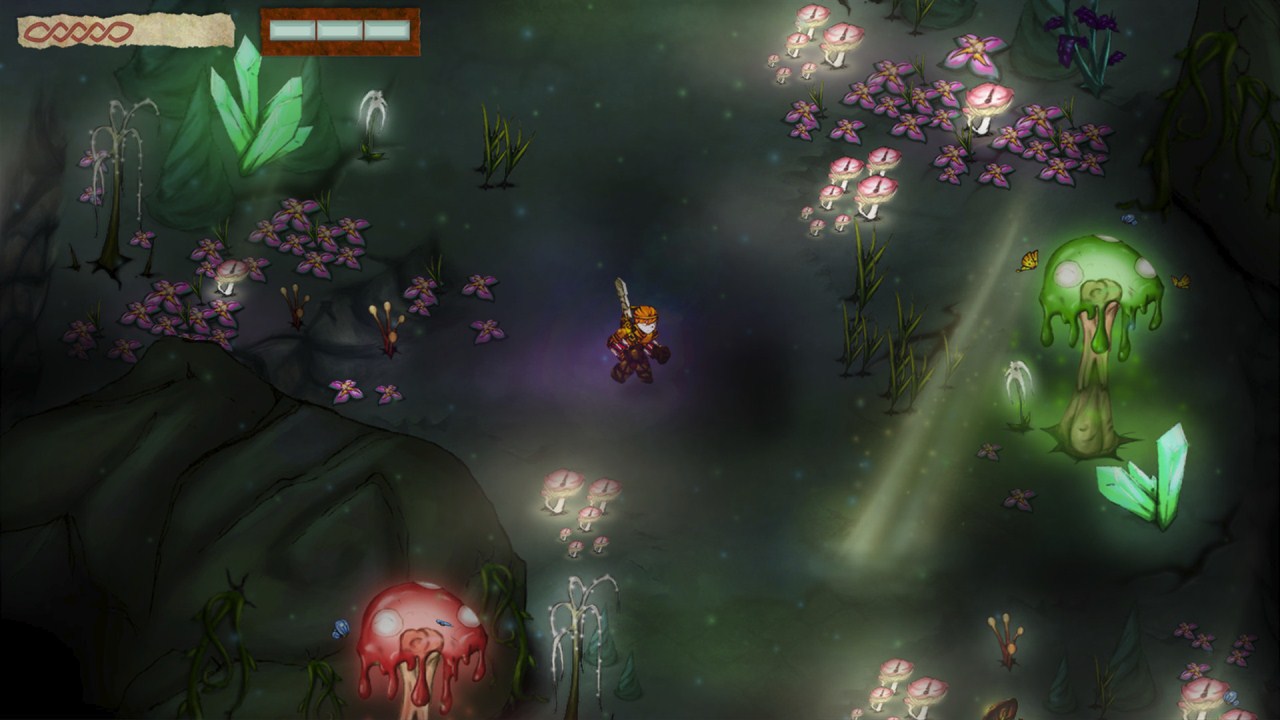 Ku: Shroud of Morrigan (Windows, Mac, Linux – Steam)
Forged from an ancient tale of Celtic mythology. An action-adventure set in a future Ireland devastated by technomagical war and economic collapse, humanity clings on by using the remnants of technology that survive. When their ancient spring of life begins to fail, an unwanted orphan child must leave the safety of his villages’ mountaintop refuge. With only an ancient sword and a mysterious metal glove, he ventures into lands unexplored and twisted by strange ancient powers. 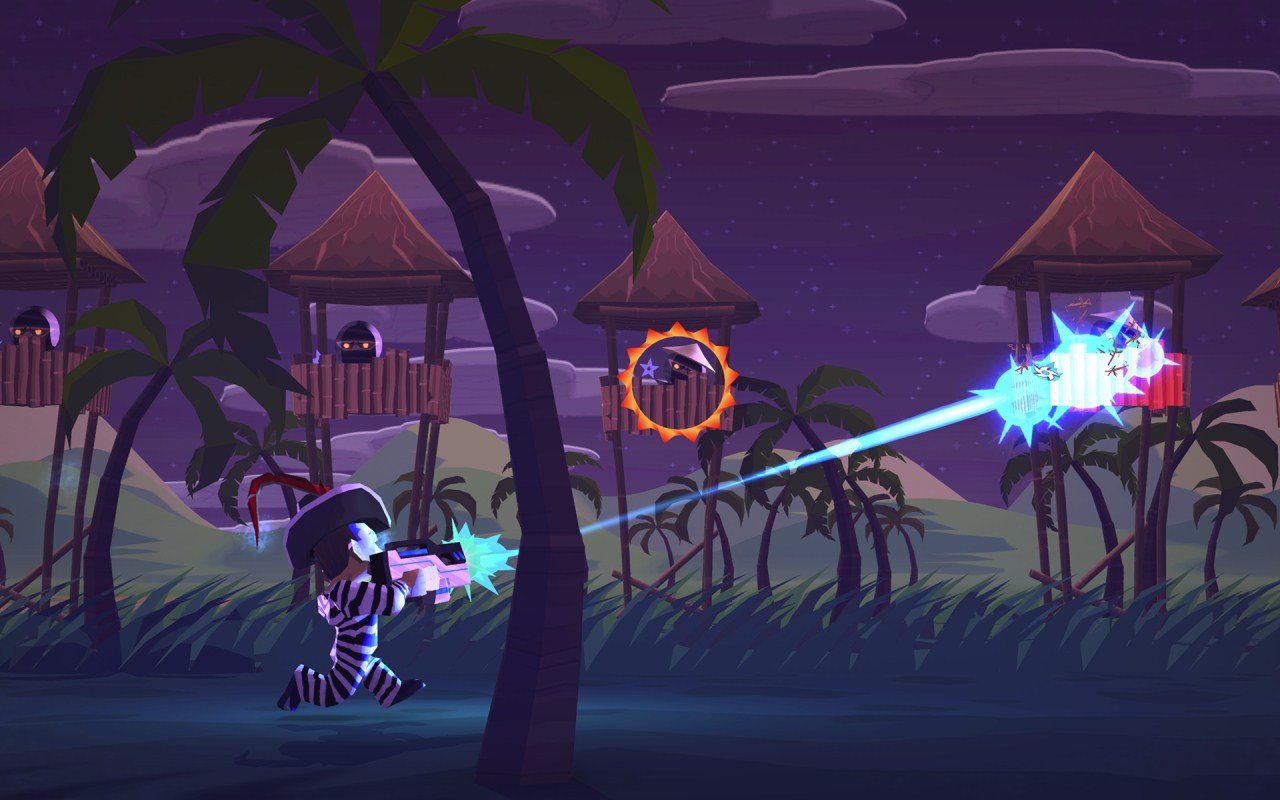 Major Mayhem (Windows, Mac, Linux – Steam)
Run and gun your way through gorgeous 3D environments as you embark on a mission to rescue your kidnapped girlfriend from the Forces of Evil. Guns, grenades and an assortment of other tools of destruction are at your disposal, and you’ll need every last one of ’em. So what are you waiting for, Major Mayhem? The future of the Free World — and your love life — hangs in the balance. 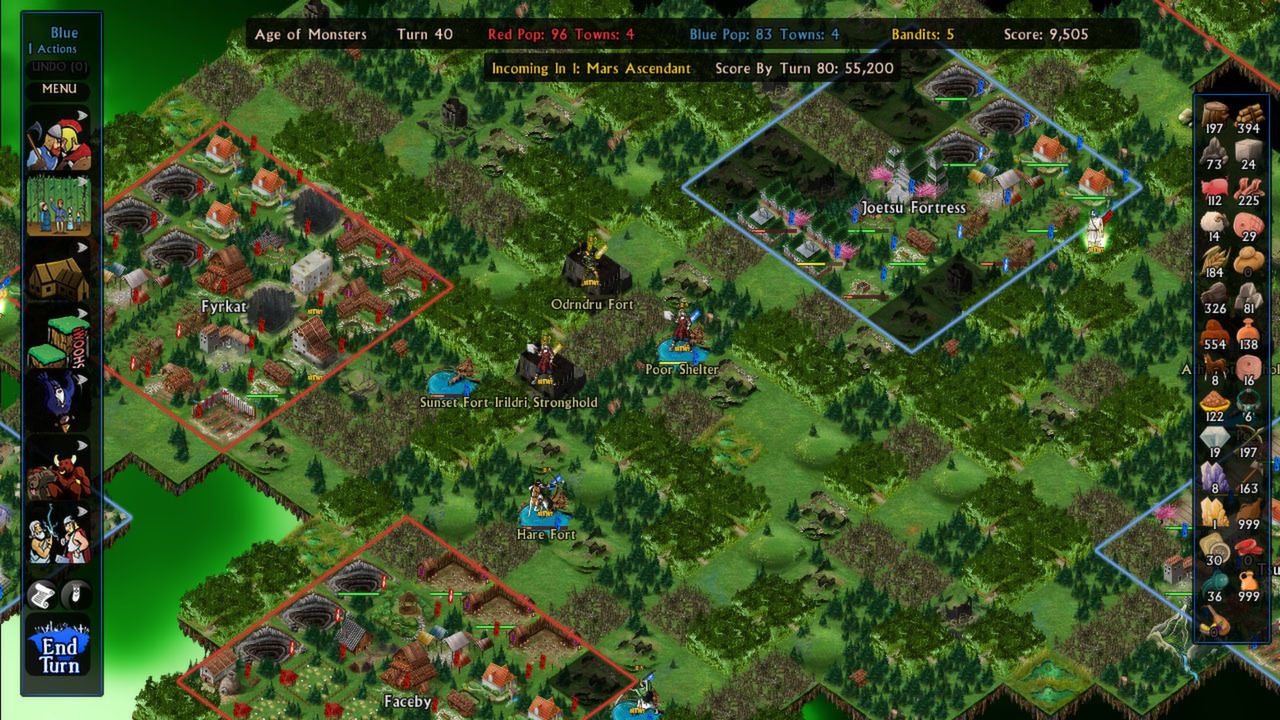 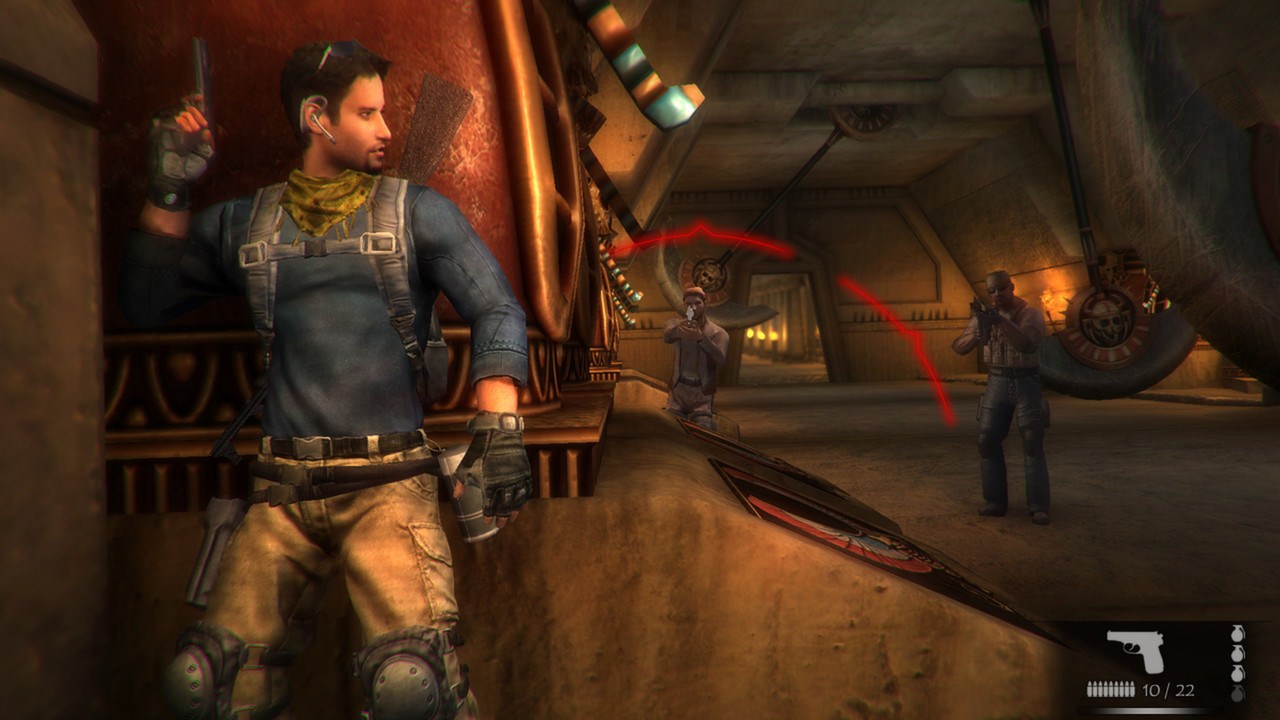 Unearthed: Trail of Ibn Battuta [Episode 1 – Gold Edition] (Windows, Mac – Steam)
When fortune hunter Faris Jawad and his sister Dania receive a call to visit Morocco they embark on an exotic adventure throughout the middle east on the trail of the famous Muslim explorer Ibn Battuta. The trail won’t be clear however as Faris will have to overcome an unholy alliance of a militia army leader, a weapons dealer and a wealthy antiquities smuggler who are after the same goal.

You’ve got 13 days and 20 hours to grab The Trading Cards Bundle before it disappears… forever!