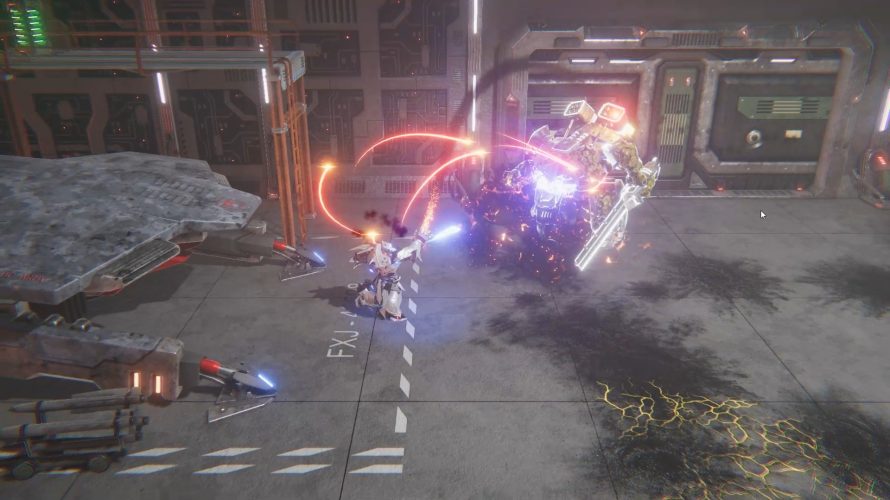 I’d say James Hawkins is having a bad day. Not as bad as those who stand in the way of the Battle Frame he’s piloting, accompanied by an AI named Blackwind, however. Who knows, with a little luck, our unlikely duo just might be able to repel the invaders on Medusa-42. A little luck and a lot of carnage.

Seeing how Drakkar Dev’s last game, War Tech Fighters, was all about blowing stuff up in a mech of sorts, I doubt anyone’s really surprised to find that Blackwind is quite similar in that regard – even if it does change the perspective from third/first person to top-down, among other things. Then again, who doesn’t love piloting a robot, tearing you-know-what up to repel a pesky invasion force?

Some might say that James Hawkins is a tad too young to be on the frontlines, being a mere teen with no formal training and all, but you know what they say: if you want something done right, gotta blow up those aliens yourself. Ain’t no turning back now for James and Blackwind, and no time to rest either. Not until every last Raknos is but a bunch of tiny gibs. Oh, and something about saving his father. That’s important. What are the Raknos trying to accomplish though?

Well, whatever their purpose, they’re trespassing and need to be dealt with, one explosion at a time. Until you’ve upgraded the Battle Frame’s skills, that is, after which I’m sure it’ll be something more akin to screen-filling explosions and equally unavoidable energy blade slashes, across sand-swept deserts, snowy mountains, dense forests, and more locales. Medusa-42 is a big place.

Oh, and how about bringing a friend along for some local co-op, one controlling the Battle Frame while the other is in charge of its drone? Sounds like a decent way to optimize firepower and spill even more Raknos blood!