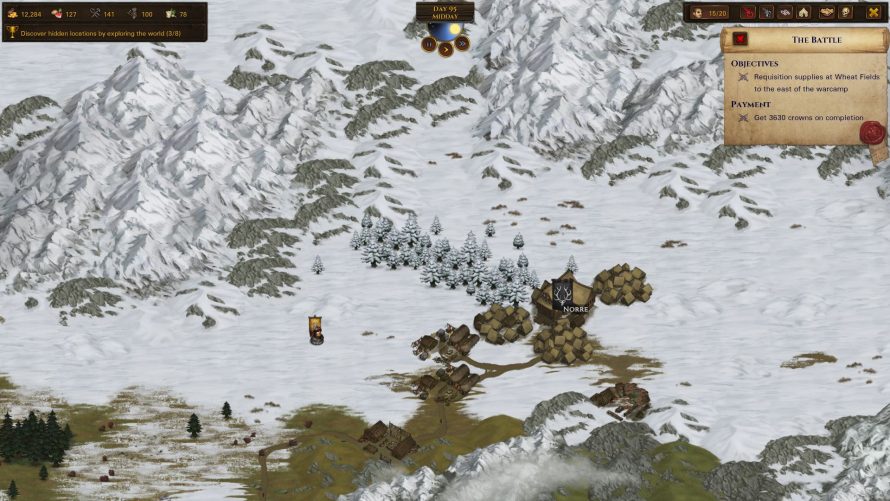 Sharp swords, mysterious magic, pointy polearms… ah, medieval fantasy. Nothing quite like it, and in Battle Brothers, you get to be in charge of a mercenary company, making all the nitty-gritty decisions. Fight or flee? Hire or fire? Take a contract or kill the messen – wait, that last one is probably just wishful thinking. Either way, fame and fortune await – provided you’re willing to do what it takes, wading through the mud and blood, over the bones of your fallen foes, onto the next conquest. And another one after that. And another. It never ends…

Or maybe it will, at some point. It is a video game after all, and one that is about to leave Early Access, overflowing with turn-based carnage, chaos, and general craziness. Oh, and did I mention you get to conquer, pillage and loot… for a living? Yeah. Do exercise caution, however, as permadeath is a thing, and losing that bulky warrior who has been by your side through countless bouts is, well, less than ideal. Worst of all, he just might return. Necromancy – gotta love it.

Battle Brothers already offers the chance to experience great tales of heroic battle, triumphs against all odds and devastating losses. We have the ambition to take it way further.

It’s been two long years of patching, adding, removing, and so on, for Battle Brothers. But come March 24, the game will finally be ‘done’. Or at least, it’ll reach 1.0, which is essentially the same thing, what with a procedurally generated, unscripted world, brutal large-scale battles, plenty coin to be made, numerous foes to destroy, and more fun stuff. Time will tell if glory and greatness await players who choose to embark on this journey, or… death and demise. Onward!

Battle Brothers is available from Steam, carrying a $19.99 price tag.