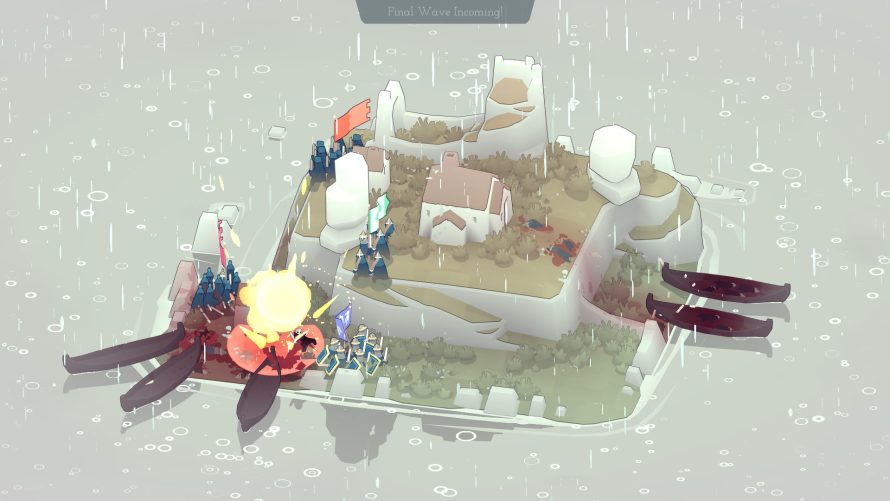 I love massive content patches/free expansions. There’s just something about suddenly seeing a game grow… without a price tag attached. Especially in today’s world of microtransaction-driven experiences, season passes and what-have-you. Viking-filled microstrategy Bad North recently got such treatment with not only a sizeable expansion but also a name change to Bad North: Jotunn Edition. So much is new and different after this update, so how about a look?

Seeing how the complete list of changes, additions, tweaks, etc. is much too long to recap here in its entirety, I will pick a few highlights, like… “Updated effects for bomb explosions”. Easily my favorite part of the update. Okay so I’m joking (obviously), but I do like pretty explosions. On a more serious note though: archers have gotten several rather lovely behavior/targeting improvements, new items are available for your commanders, progress between games can be tracked in The Codex, checkpoint islands are a thing, the ‘Iron Man’ restrictions can be turned off (thus enabling level replay), more overall statistics available, and for those in need of a genuine challenge, Very Hard difficulty has been added. Some pretty darn good stuff if you ask me, and there’s much more too.

Note: while the Jotunn Edition update is already out for PC at the time of writing, console versions of Bad North will get it… “soon”.