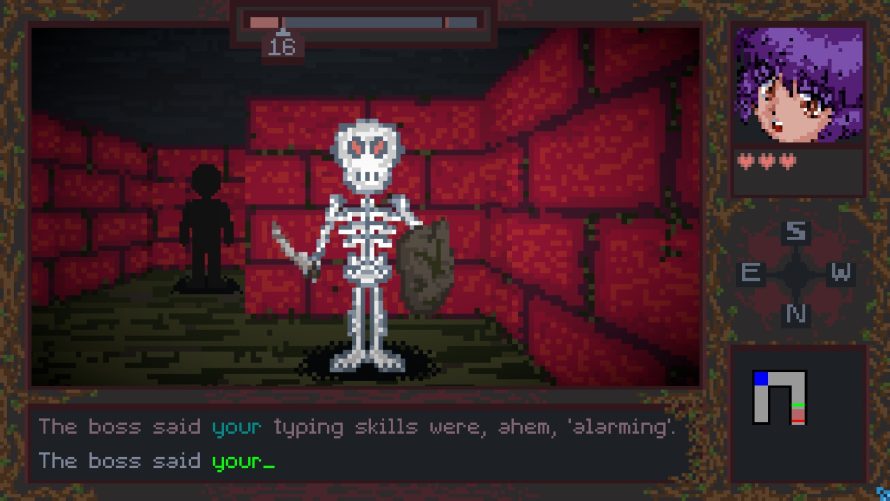 Greetings, would-be keyboard warrior. Hope you’re ready to have your skills as a typist put to the utmost test, for if you fail to spell out the lines of text that make up each encounter in Backspace Bouken… well, you’re as good as dead. This here game is why people buy expensive mechanical keyboards. I think?

Yeah. Not likely. I wasn’t joking about how your ability to quickly formulate words (and entire sentences) on your keyboard will make the difference between success and failure though. Based on the trailer below, there are even a few fun twists to some battles, alleviating some of the repetitiveness of the whole ‘repeat this string of text’ mechanic. Oh, and is it just me, or do some of those wall textures look like they’re straight out of the original Eye of the Beholder? Probably just me.

Anyway, when you’re not busy fighting for your life, why not embark in a bit of a collectathon, saving every last NPC? There are also puzzles to solve and passwords to collect, all of which will help you progress… somehow. So explore, fight, explore some more, snatch up an NPC or two, and keep pushing ever upwards in the tower. The ever so deadly tower. In which words are most certainly more powerful than any sword, arrow, or magic.

Backspace Bouken is available on Steam and itch.io, carrying a $14.99 price tag.