In the year 2153, trains no longer require railroads. Instead they – like mankind – travel among the stars, acting as a means of transportation between colonies; well, that and space train combat, because… it’s the future! Anyway, in this adventure, you’ll (mostly) be playing as Ronald, a poor guy who’s stuck cleaning after other people on Gilbert Station. I wouldn’t start feeling bad for him just yet though because like that Space Quest fella has proven, again and again, being a space janitor is anything but boring.

Upon starting a new game in Astroloco, the tone is immediately set by an incredibly sarcastic narrator who bestows goofy tutorial upon the player, and it only gets more silly as the game progresses. If you don’t believe me, try ignoring his instructions – I dare you! Not that he really has a lot of ground to cover, since the game lacks anything resembling a traditional inventory and the controls have also been streamlined: you’ll only be using the left and right mouse buttons, instead of something like the verb list found in certain Lucasarts classics, and there’s a grand total of four interactable items in your tool belt: a spanner, a hammer, a screwdriver, and Ronald’s trusty pager. 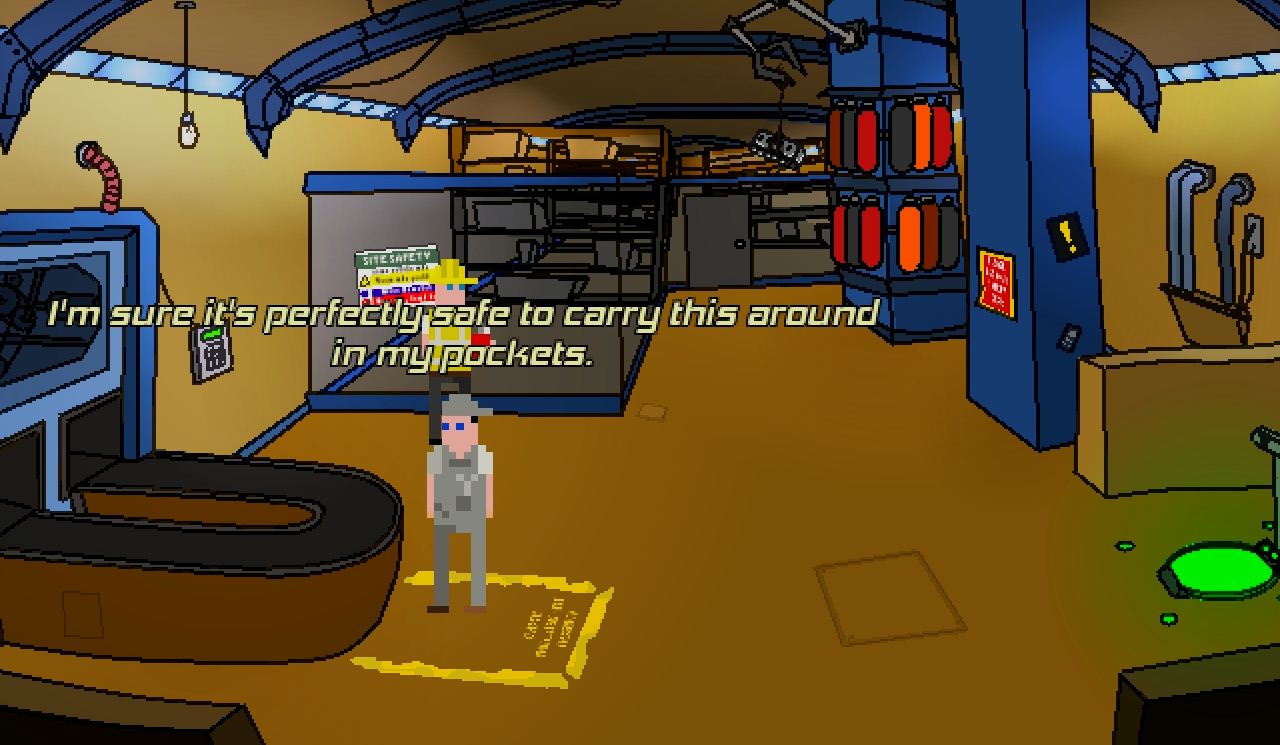 Your tool belt won’t see a lot of use compared items scattered throughout the world though, and the puzzles – however cleverly designed – are unlikely to provide most players with much of a challenge, which is a shame. Locating certain objects required to overcome obstacles can be a bit tricky, but that was the only real challenge I found while playing. Also, here’s an odd design choice for ya: unless the item you need is the spanner, hammer or screwdriver, the game will automatically use the right item for the task at hand, depending on the situation (provided you have the required item, that is). There’s no way to tell what you’re currently lugging around either, but this is not really an issue since you’ll rarely carry more than one item at a time. Still would have liked some kind of list though.

I am however quite puzzled (no pun intended) by the fact that I had to return for a second chat with someone to get an item that would grant me access to where I needed to go after that same guy told me to go there not five minutes ago! Why on Earth couldn’t he have given me the item in question, when I was handed the assignment instead? It makes absolutely no sense, and it’s a completely pointless filler.

Aside from that, nothing about the game struck me as downright bad, although the comedic aspect wouldn’t have suffered from being dialed down a notch. Some of the references were also too obvious to be funny (I’m looking at you, Windows 8 joke). That said, I enjoy the narrator’s humorous interruptions, along with the majority of jabs at various video games, it just got to be a bit much (like 20% of the time). 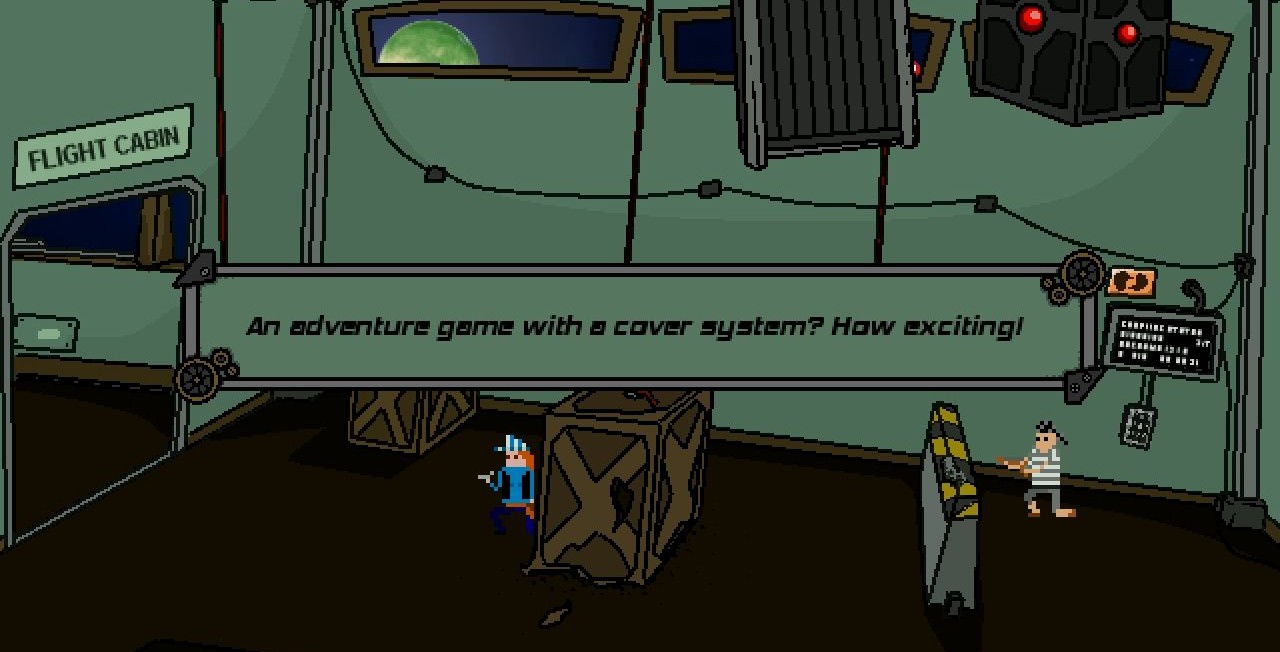 On the visual side, it’s almost the complete opposite as I believe they should have been dialed up a notch; at least the character design. I like the cartoony backgrounds, but quite frankly they clash with the incredibly pixelated/blocky characters, making both stand out even more, good and bad alike. The audio fares much better, with proper use of accents and voice filters (no, really) giving everyone a unique personality through solid voice acting – especially that narrator fella…

Once everything’s said and done, there’s no real reason to go back, except to get any achievements you might have missed and of course, to hear the jokes a second time. Since most will likely be wrapping up the story of Ronald and everyone else on Gilbert Station within a day or two, the £4/$6/€5 price tag is far from ridiculous; unlike the actual game, which is completely bonkers (in a good way)!