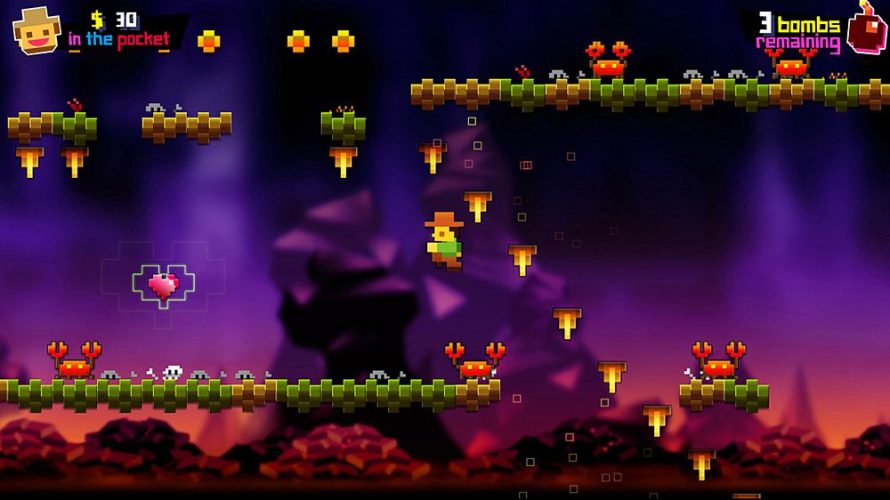 The Arkedo Series consists of three very different games with a heavy dose of old-school as the common factor. Originally released on XBLIG (and PSN EU) as three separate games, PS3 owners in the US can finally get their hands on JUMP!, SWAP! and PIXEL! (with trophies, for those who enjoy collecting those), in one complete package.

JUMP! brings back old-school platforming, complete with an 8-bit art style, a limited number of lives and no continues; it’s 1985 all over again! Your mission, should you choose to accept it, is to collect bombs (preferably before they blow up) while avoiding crabs, spikes and other nasty things. Since one hit is all it takes to kill you, it’s a good thing that there are 1Ups available throughout the 30 levels. Here’s to being a one-man bomb squad with a finite number of lives and no continues! 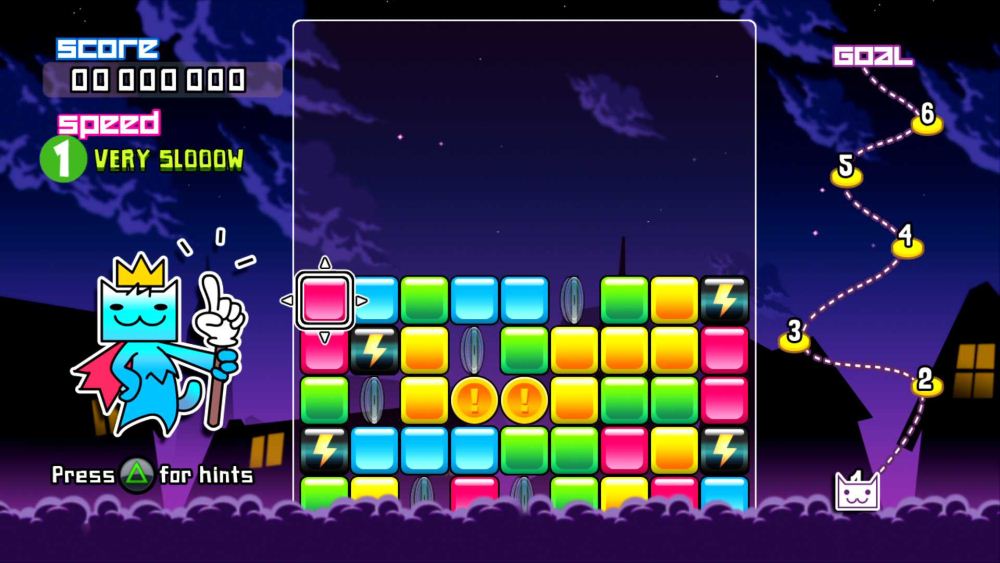 SWAP! is a Match-4 game in which your goal is to clear blocks before they reach the top of the screen. It’s a simple and not exactly original experience, but at least the addition of combos, bonus blocks, power blocks and time freezers help set it apart from what would otherwise have been a simple cross between Bejeweled and Tetris. 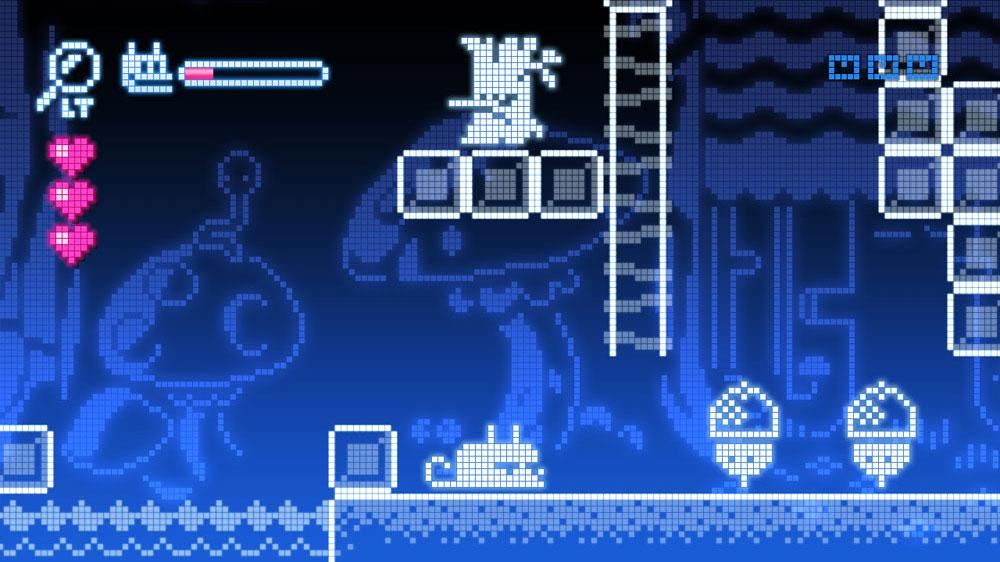 PIXEL! provides a somewhat different experience compared to the other two, even though it bears some resemblance to JUMP!, being another 2D platformer and all. While the pixellated art style has been done to death at this point, the fact that everything is pixels in this game – along with the fact that they actually glow – helps give it that blend between “retro” and “HD”, visually. Heck, even your health bar and the backgrounds are pixels! The standard platforming gameplay is mixed up a bit with mini-games at certain points in each level, during which you get to play a cat detective for a short while – that’s right, you play as a cat in pixel! And in case you’re wondering: Yes, it’s Pix the Cat from the PlayStation Mini hit Pix’n Love Rush.

The Arkedo Series is available on PSN at $5.99 (or your regional equivalent, outside the US) for all three titles, as well as on XBLIG, at $3 pr. game.