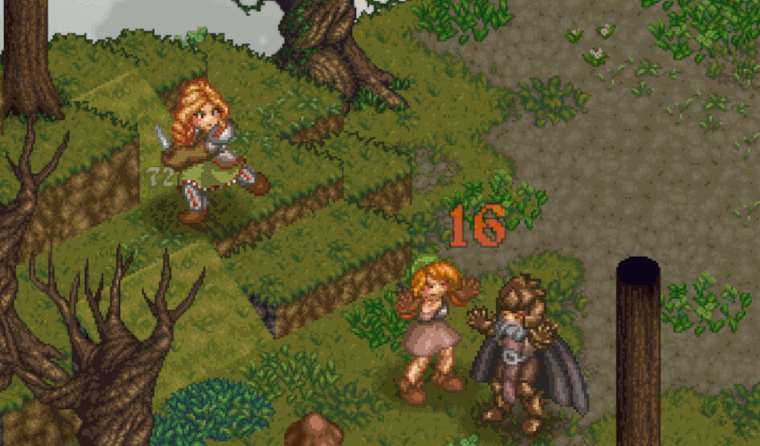 Love is a powerful and at times even a wonderful thing. Unfortunately, in Arcadian Atlas, it’s also tearing apart an entire kingdom. Well, metaphorically speaking, but it is actually the cause of plenty troubles in this tactical RPG. Oh, and in case you’re wondering, yes, you’re right in the middle of it all, front and center, fighting the good fight… so to speak.

Harking back to the days of Final Fantasy Tactics and other long-forgotten SRPG classics, Arcadian Atlas looks like a genuine blast from the past – and not just in the visual department. With the promise of several unique classes, that evolves as the game progresses, challenging turn-based encounters, a landscape that can change the tide if used properly, and of course, a super jazzy soundtrack, what’s not to like, really? I mean, no one knows if the game will be good yet as it ain’t out, but so far so good on what Twin Otter Studios has in store for this particular project. So far so good indeed.

Arcadian Atlas is a passion project birthed from a love of pixel masterpieces in the 90’s and a longing to make a fresh tactical RPG with roots firmly planted in the genre’s classics.

What’s not so good, however, is the fact that there’ll be no kingdom to salvage, unless approximately $48,000 is pledged over the next 20 days, as the Kickstarter will be ending on May 9th. Let’s make it happen, eh? Speaking of 20, that very amount of dollar bills will net you a copy of the game at launch, for either Windows, OS X or Linux. When? February 2018 it seems. Here’s to a great game, in a year or two!