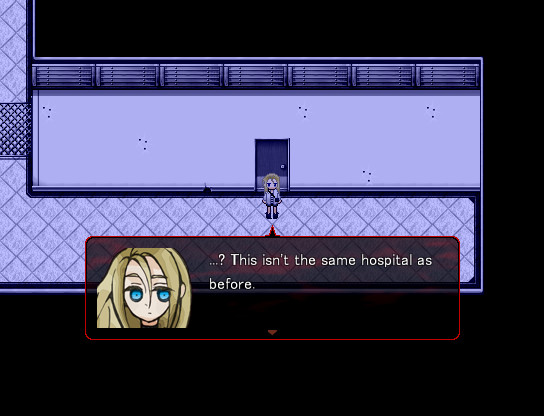 Ray and Zack – Angels of Death‘s two protagonists have, at a glance, little in common. Save for the fact that both have been imprisoned in a location unknown to either individual, that is. The reason? Unknown. All in all, working together is the obvious next step, but that doesn’t make it an assured thing. What should, however, is the promise between them: if Ray helps Zack flee, he’ll grant her request and send her to heaven (wait, what?).

Now, Angels of Death being horror-themed and all, such a task won’t be as easy as simply snapping your fingers. Especially since other characters also reside in the building. Characters with… shall we say… questionable personality traits? Yeah, let’s go with that. Sounds better than ‘psycho serial killers’ at least, although I suspect that’s exactly what our two protagonists will be forced to deal with. That or some genuinely messed up human beings, at the very least. Oh boy.

Where are they? What is going on? Without knowing the answer to so many questions, they have no choice to trust each other and push forwards for their own personal goals.

Will Ray and Zack be able to escape this disturbing place, or is their first adventure full of spine-chilling suspense, murderers aplenty, torture, and a rather disturbing promise together also going to be their last? My money’s on the latter, but ya never know…

Angels of Death is available from Steam, carrying a $9.99 price tag.

It's Almost Time to Hunt Creepy Crawlers as the 'Echo Generation'

It's Almost Time to Hunt Creepy Crawlers as the 'Echo Generation'

'Ion Fury' Gets 2.0 Update Full of QoL Ahead of 'Aftershock' Expansion