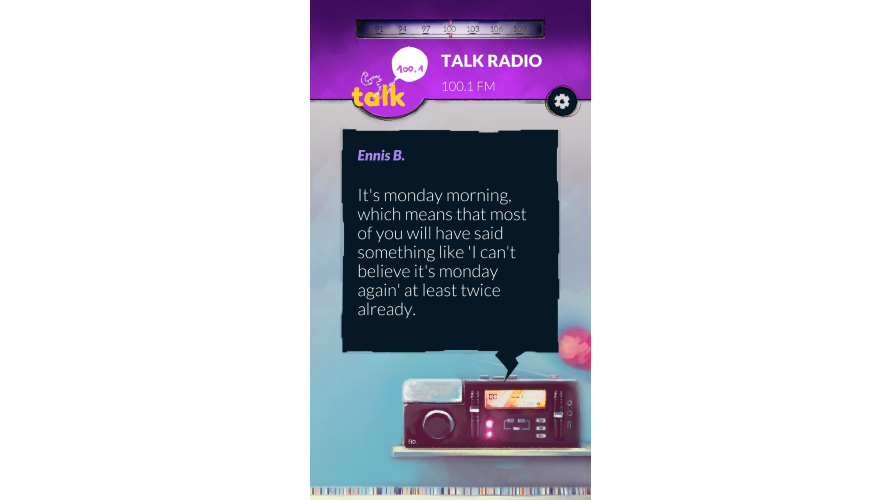 Three minutes might not seem like a whole lot, and in our world, it definitely isn’t. But in Alt-Frequences, that much too brief period lasts so much longer, courtesy of a time loop. See, here, every 180 seconds, radio stations reset, and with the biggest vote in history right around the corner, you better believe people are glued to every last station. Time to mess with the news and change… everything! Also, conspiracy. (Maybe.)

By “redistributing information”, players will be able to rewrite the very lives of those involved -- politicians, radio hosts, conspiracy theorists, students, heck, not even dogs are safe apparently! The motivation for this is not personal gain either, however tempting that might be. No, as the trailer below emphasizes, a very important vote is coming up and who’s to say correct information is being broadcast across the radio waves? Who indeed.

With a focus almost exclusively on audio, Alt-Frequences is without a doubt going to provide a rather interesting experience as we attempt to figure out exactly what is going on, and perhaps most importantly: what’s the deal with that darn time loop?

Alt-Frequencies will be on Steam, iOS and Android, come May 2019.