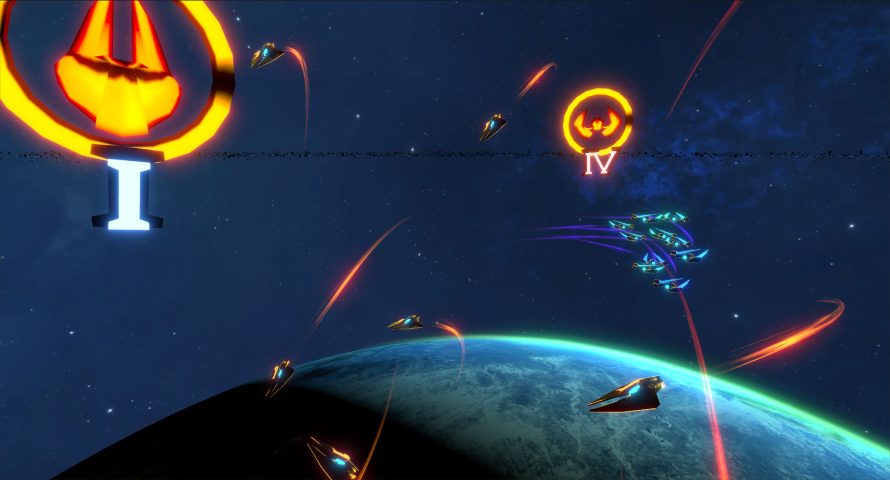 Hard to believe that it’s been close to seven years since AI War: Fleet Command was released. A release that Arcen Games followed up with no less than six sizeable expansions, and is now looking to further the franchise with a fully fleshed out sequel in AI War II, set some 353 years after the first game. Oh, and this time the Milky Way is seemingly on the line. Nothing like fighting a large scale battle so close to home, eh?

Now, while the AI – like in the original – is supposedly rather ruthless, it’s still not perfect. Not by a long shot. Take advantage of its blind spots and flaws, however well hidden, and you just might stand a chance. Probably not, though, but… won’t know unless you try.

Preparations made against the AI’s return failed, and now the AI is fighting the entire galaxy at the same time. It is winning. You control one of the last effective fighting forces in the Milky Way. Soon the AI will have nothing distracting it from dealing with you.

Described as “a real-time strategy game with elements of tower defense and grand strategy”, AI War II is one of those games that you may be able to grasp the basics of after a few sessions, thinking it’s pretty easy. That would be a mistake, though, because if my time spent with the original is any indication of what Arcen Games has in store for us in the sequel – we’re doomed.

Not in a bad way, mind you, as a little challenge – or plenty, more likely – never hurt anyone. Might bruise the ego of some players as they’re overwhelmed time and time again until everything clicks and the tables are turned. At which point I suspect the AI will simply adapt, ruining whatever strategic maneuver one may have assembled on the drawing board. Or perhaps I’m hoping for too much? Time will tell.

I do know this, at least: battles will be waged across entire solar systems, rather than mere singular planets, which is going to be huge. In several ways. Solar systems! Entire. Solar. Systems. Wow. Oh, and you don’t even have to play as puny humans either, as both the Spire and Zenith are more than eager to fall in line under your command. Groovy.

But there’ll likely be none of that unless AI War II reaches its $299,400 (I know, an odd number) goal on Kickstarter, within the next 28 days – by November 10, for those of you with an actual calendar. Pre-order’s set at $20, with a release estimate of November 2017, while cranking it up to $30 grants you pre-release access, come May 2017. Considering the amount of replayability the original brings to the table, something tells me the price is… just about right. Ya know?