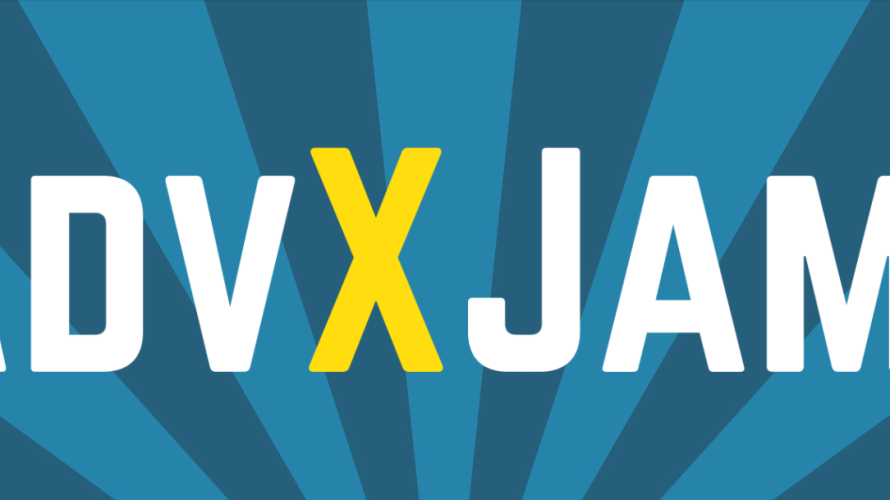 Bad news, everyone: the world is still not close enough to a state of normalcy for another in-person AdventureX, so like last year, an online game jam in the form of AdvXJam will be taking its place. On a more positive note: AdvXJam 2020 was a roaring success, and with a little luck, AdvXJam 2021 will shine even brighter!

Billed as ‘The Narrative Game Jam’, AdvXJam kicks off on November 13th and ends on the 27th, giving eager participants two whole weeks to… well, get creative and put together a ‘narrative game’. Now, compared to the two days that make up AdventureX, two weeks seem like a lot, but you can’t properly compare an online game jam to an in-person expo. You just can’t. Trust me. I’ve tried. Made my head hurt.

AdventureX is the UK’s only convention dedicated to narrative-driven gaming. Over nearly a decade we’ve exhibited hundreds of indie games, encompassing everything from retro pixel-hunts to rich, branching narratives.

Right. So, the jam will not be a competition (and the crowd went wild), there will be no judging, voting, ranking, and as such, no winners or losers. My favorite kind of game jam, quite frankly, even if I don’t actually end up. Which I just might this year. Anyway, theme! Which won’t be revealed until the 13th. Guess that makes sense. Alright then.

Next, rules? Simple stuff: “make a narrative game in 2 weeks!” Yup, that’s about it. To quote the jam page: “we’re very open-minded about what constitutes a narrative game”, and alongside that openness, any genre, style, game engine, are accepted, much like the choice of whether to go at it solo or as a team. Experience level with game making? Completely irrelevant. Remember, this is not some extreme competition where you do your best or get nothing. It’s a relaxing, casual game jam with a focus on narrative gaming experiences. Nice, easy, and very groovy. Just how I like it.