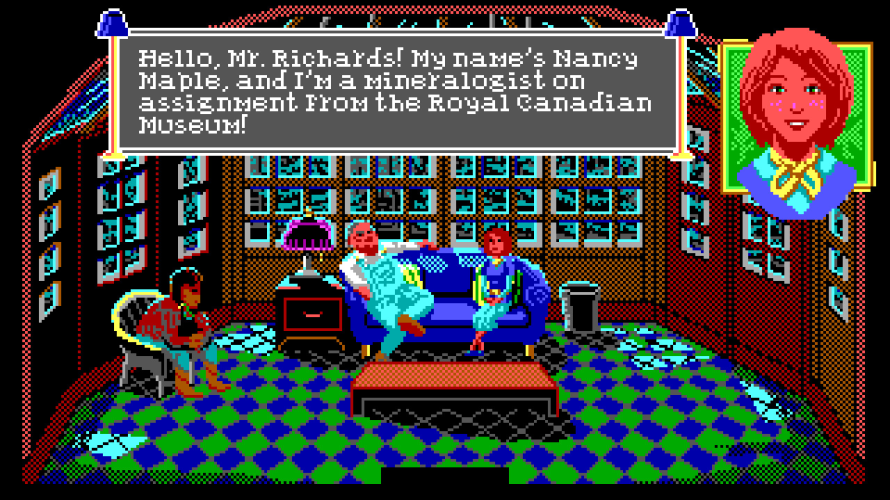 Wow. The British Library is going to be absolutely packed this November during AdventureX. Not only is the event sold out (although more will be “available from the British Library closer to the event”), the absolutely massive exhibitor lineup is going to take up a lot of space. Obviously. Better believe I’m more than a little excited about it all, so… let’s take a look at those that made the cut, eh?

Oh right: this little important tidbit: AdventureX 2019 will be taking place on November 2nd and 3rd at The British Library. Think that’s it? Yup. That’s all. Onto the games!

Update: additional tickets will be available on September 4th. 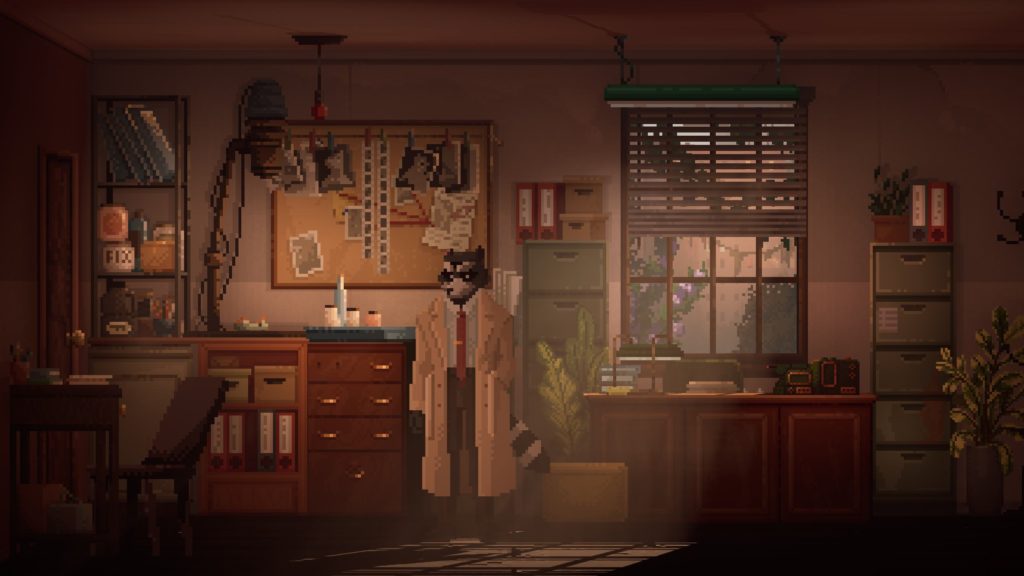 Backbone
An atmospheric, dark adventure in an even darker town that puts you in the shoes of a raccoon detective solving crimes. A classic PI tale, brought to life with gorgeous, moody pixel art. 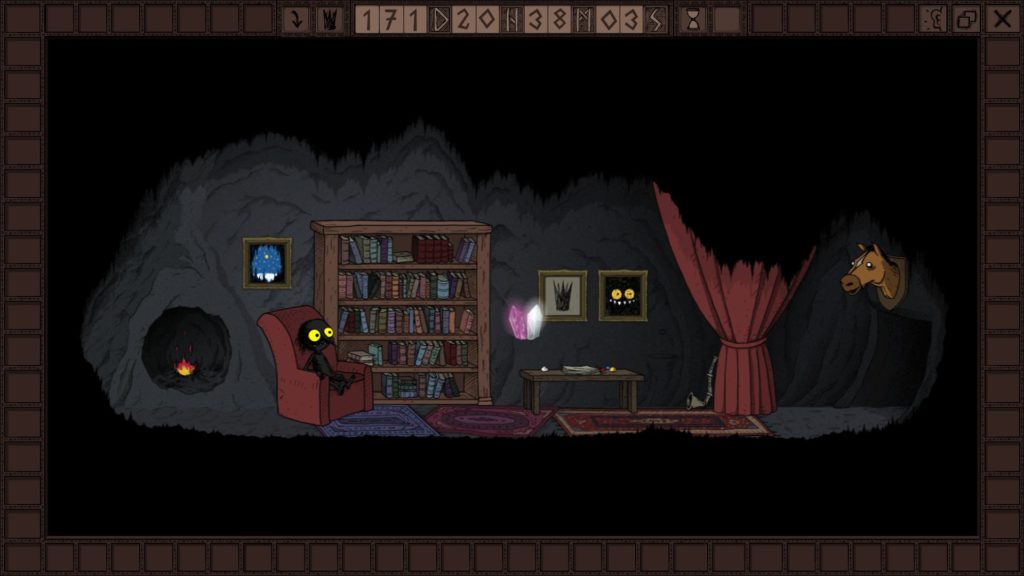 The Longing
A shade tasked with guarding a sleeping king must find a way to pass the time; a game about loneliness, that runs an actual-time 400-day countdown. The art and sound design inspire a kind of hushed reverence. 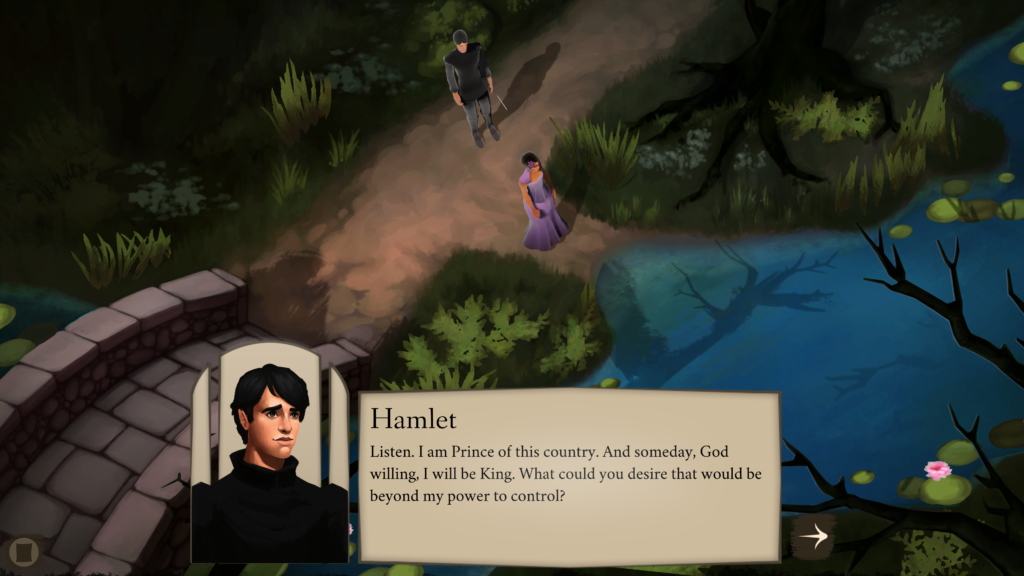 Elsinore
The story of Hamlet from Ophelia’s perspective. Navigate court intrigue, and use a ‘vision’ mechanic to alter future events in this well written, original take on the RPG genre. 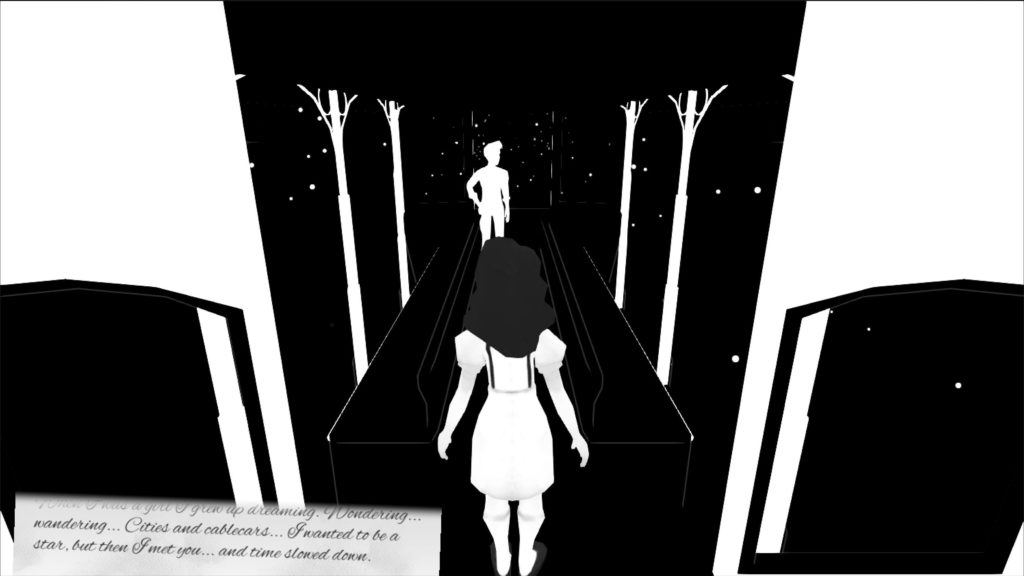 Apartment: A Separated Place
Apartment’s story is told through hovering subtitles and flashbacks. Navigate the memories of multiple protagonists, and explore the emotional consequences of break-ups and separation. 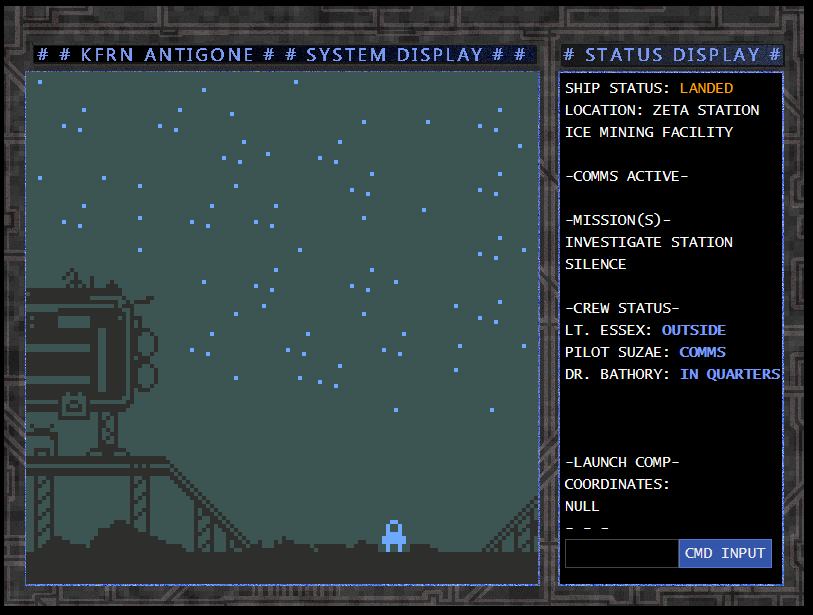 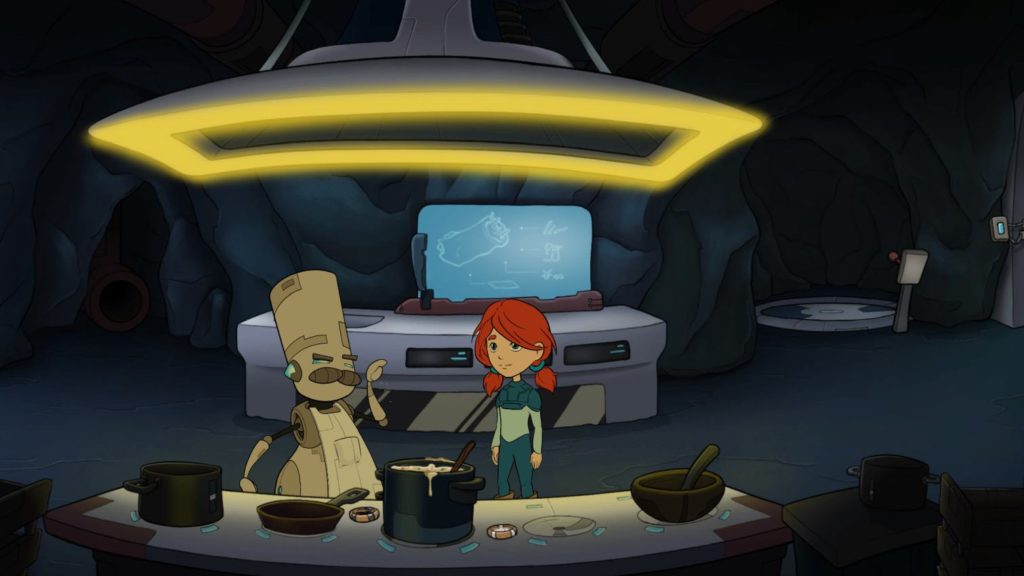 Aurora: The lost medallion episode I
The charming and engaging Aurora lives with other children in a tech-filled cave, hiding from The Vultures. A true, old-school point-and-click with a Saturday morning cartoon aesthetic. 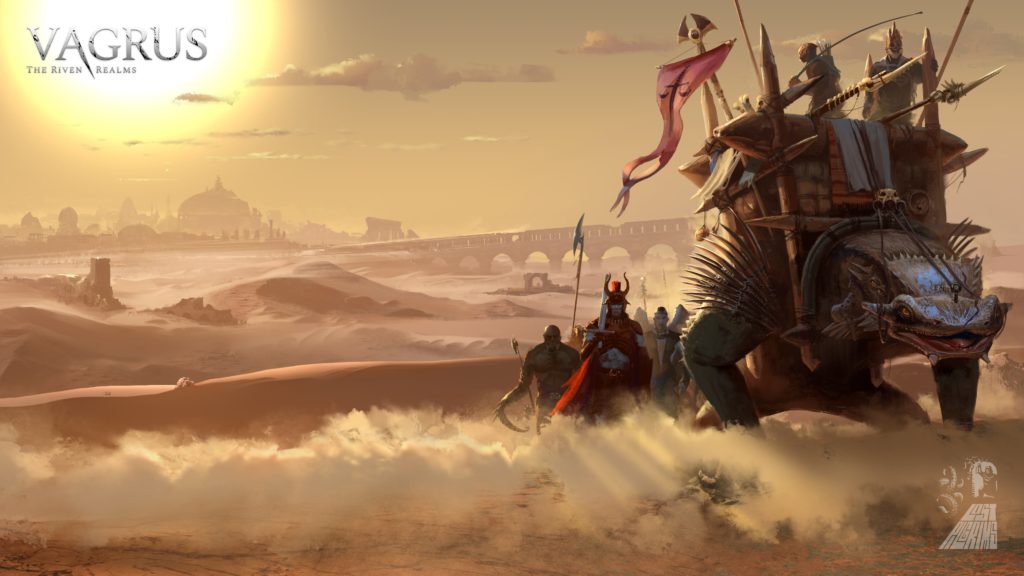 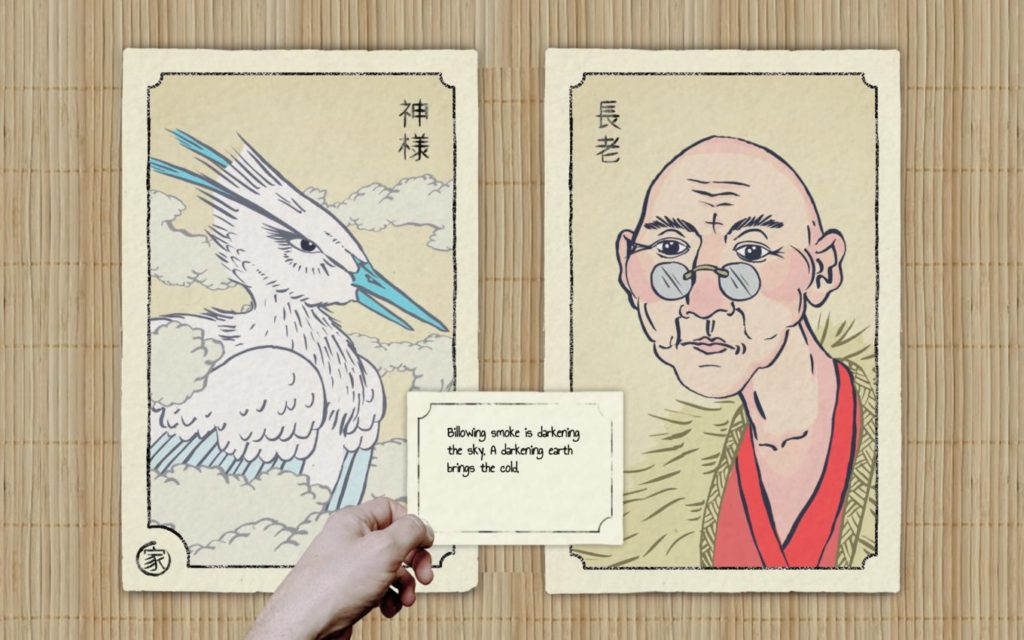 Haiku Adventure
An intriguing puzzle adventure with an original mechanic and a bold art style based on Japanese woodblock prints. Construct Haikus to solve problems and resolve conflict. 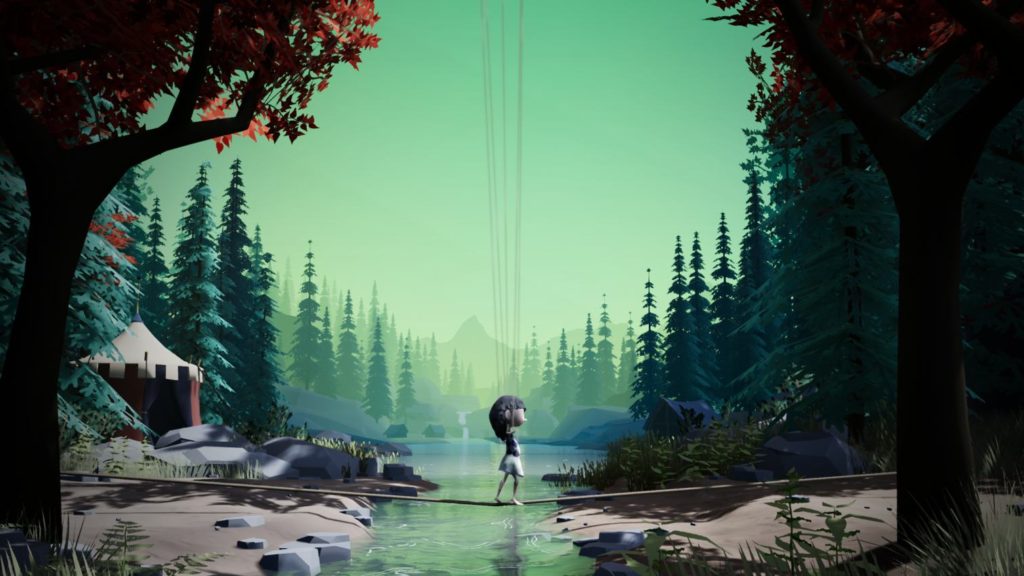 A Juggler’s Tale
A serio-comic fairytale about a young circus performer’s perilous escape: a beautifully animated adventure story told with marionnettes in a puppet theatre. 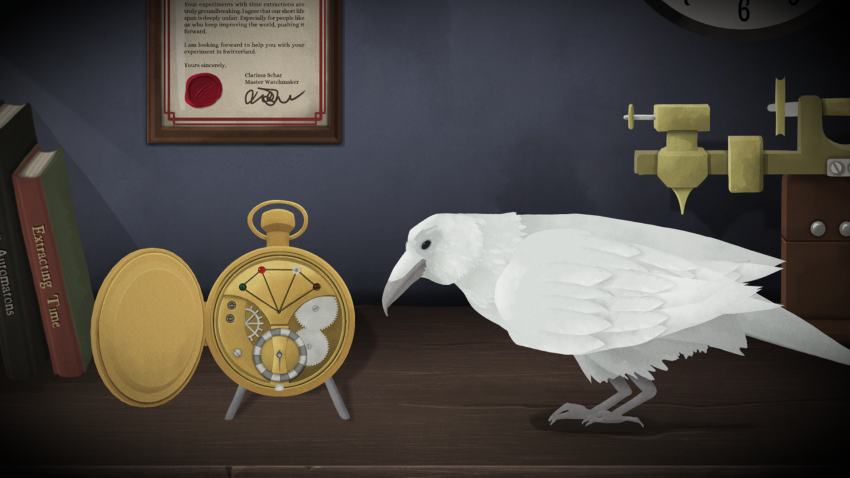 Tick Tock: A Tale for Two
A puzzle adventure that takes its two players back in time to solve the case of a missing girl. Both players explore a different version of the game’s spooky, painterly world. 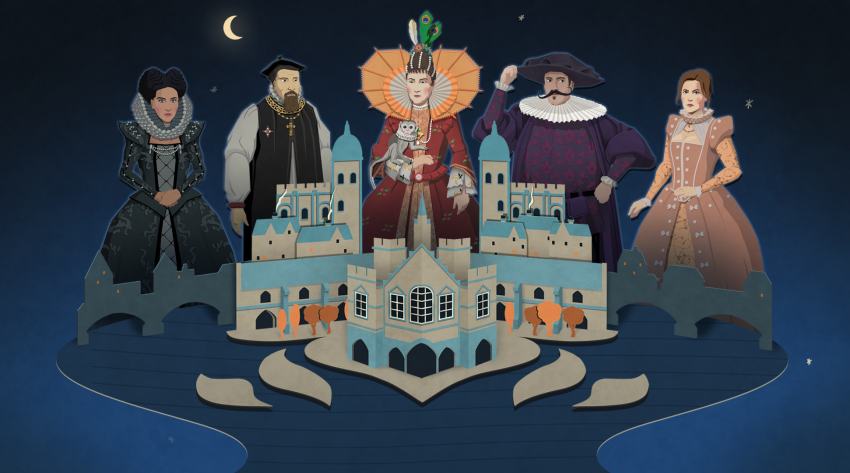 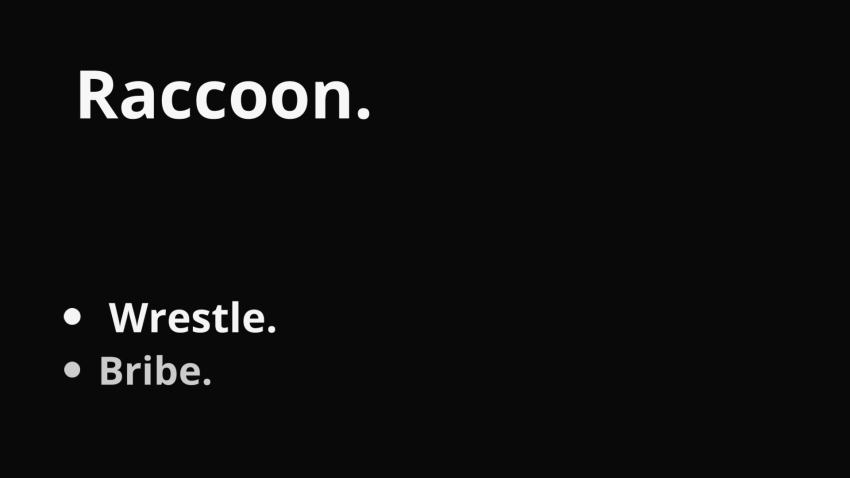 Ord.
A text-based adventure where three-word scenarios combine to form a remarkably coherent quest. Death is frequent, but finding all the “secret” deaths is part of the fun. 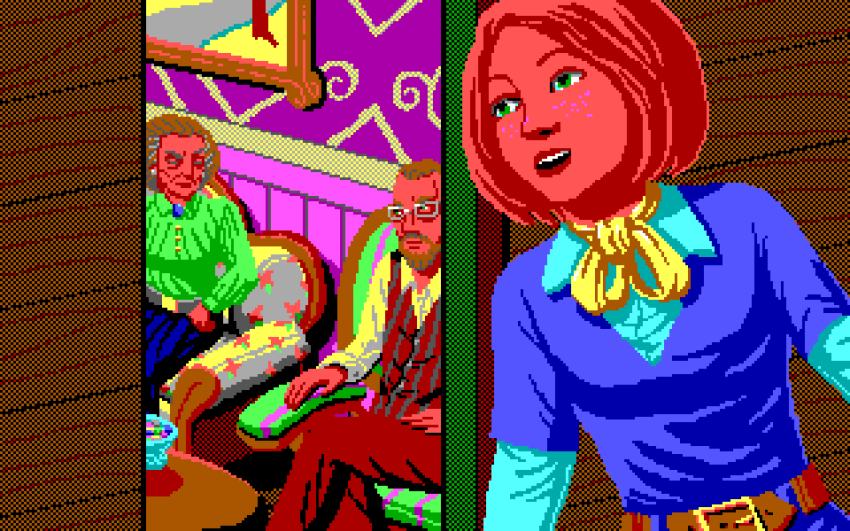 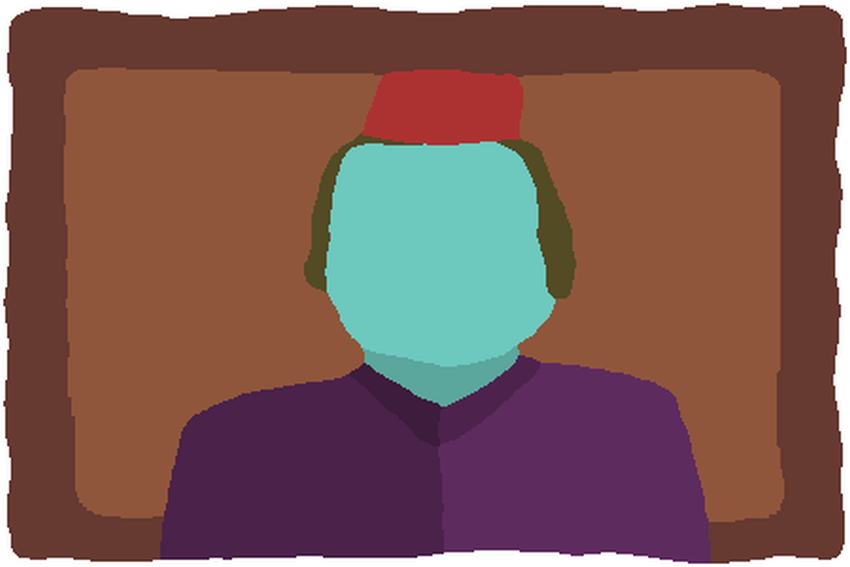 Ladderhead
An avant-garde, parser-driven story of purgatory and lost love, Ladderhead is darkly comedic and very strange – Lynchian at times; an unusual and memorable treat. 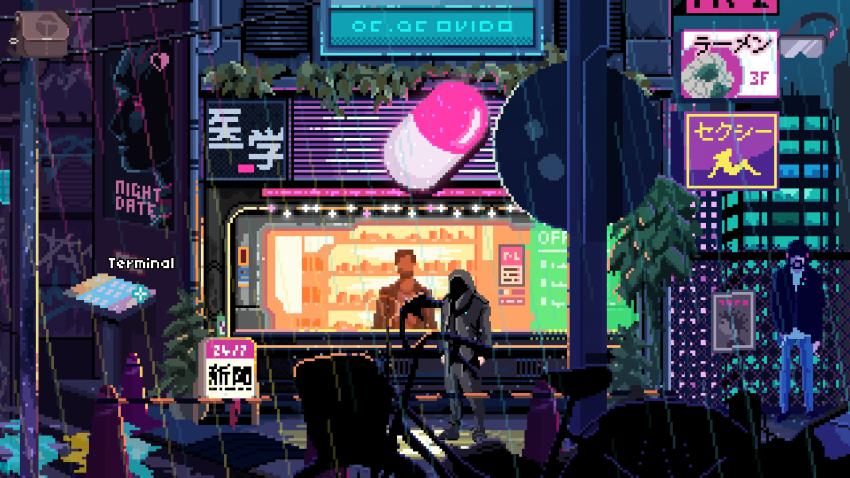 Virtuaverse
A highly interactive and engaging cyberpunk mystery. Virtuaverse has compelling characterisation and enough slick wit to keep you engaged long after the protagonist has disconnected from the mainframe. 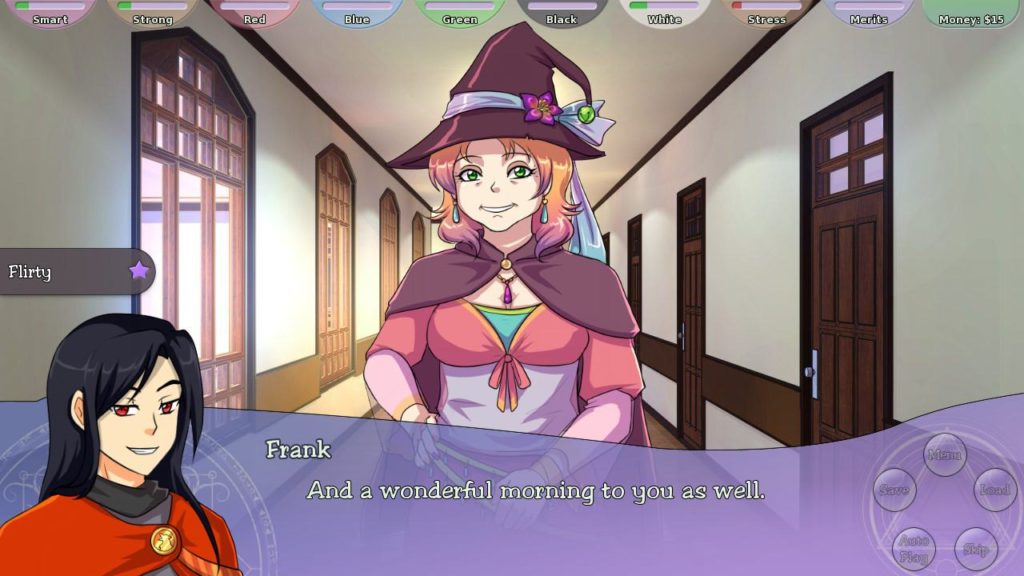 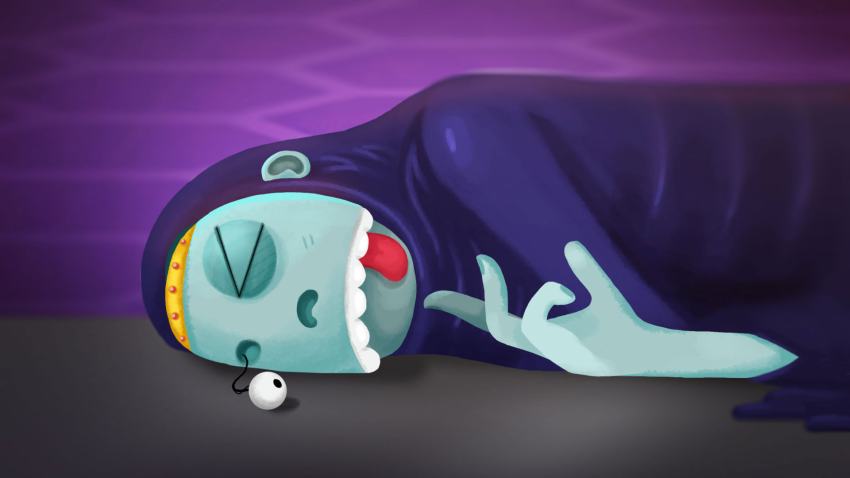 Mutropolis
A cute and colourful point-and-click adventure about an archaeological dig in the distant future. Unearth the ruins of the 21st century, with lovely character animation and witty dialogue. 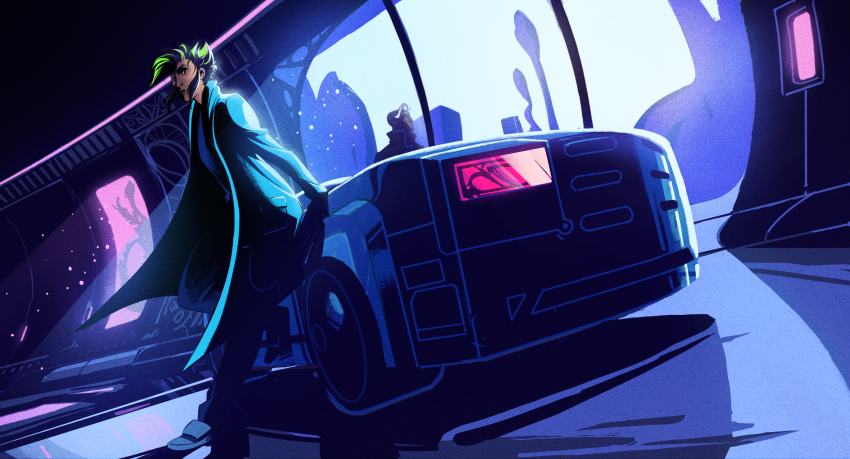 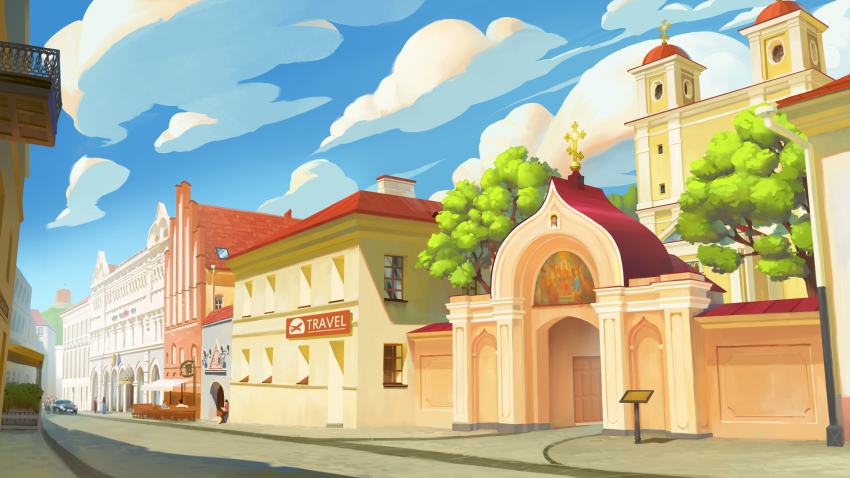 Crowns and Pawns
The 21st century collides with Lithuanian myths and legends in this charming point-and-click adventure game with a beautiful, painterly aesthetic and high production values. 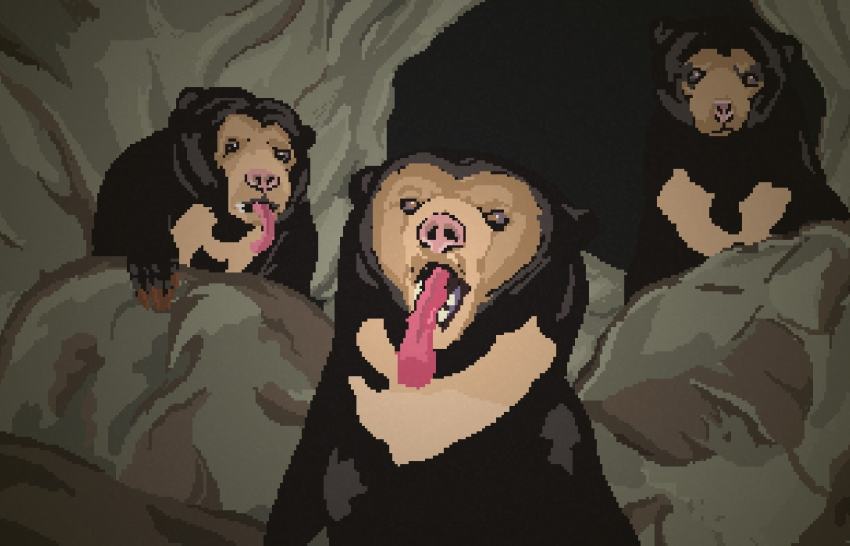 Sumatra: Fate of Yandi
Lost after a logging accident, Yandi finds himself among people for whom trees are sacred. This character-driven adventure game conveys a sense of solitude and epic scope of Sumatra’s jungle. 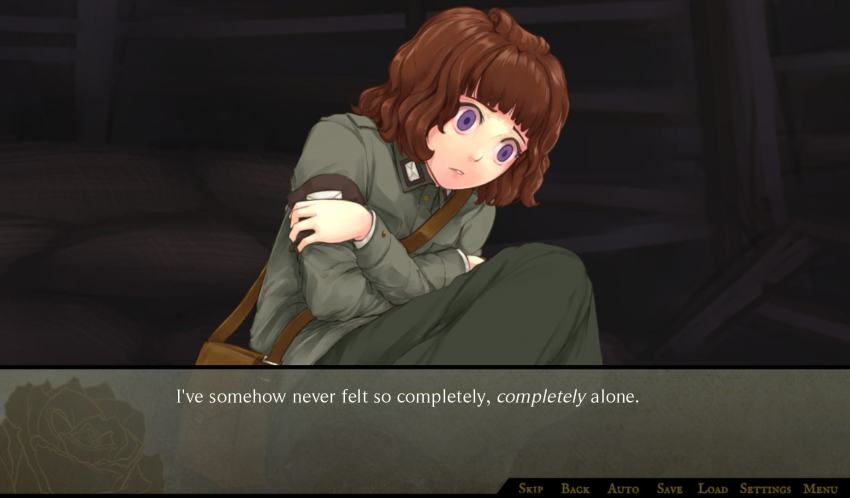 Because We’re Here
An otome dating-sim set in a fictionalised WW1-era conflict. The game’s unusual setting and muted anime-style artwork are complemented by its engaging “battle of wits”. 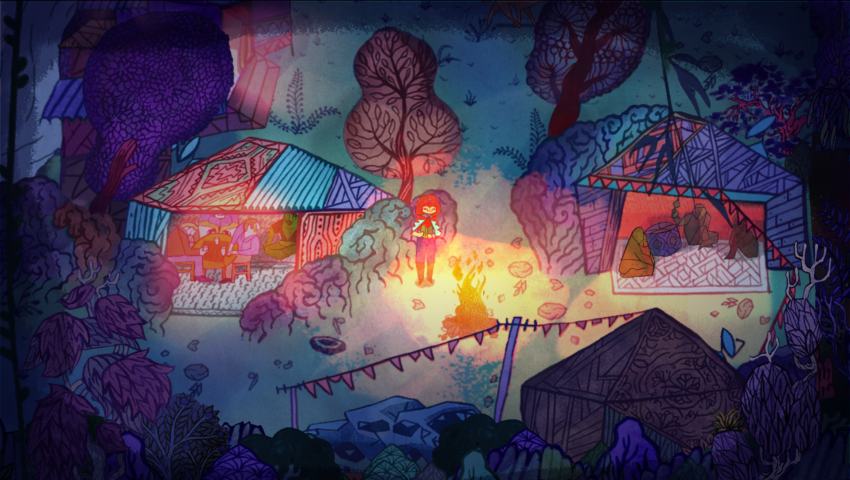 30Birds
A quirky exploration / puzzle game inspired by the Persian miniature tradition. 30Birds is visually striking, with fun writing and a quirky characters (some of whom are aubergines). 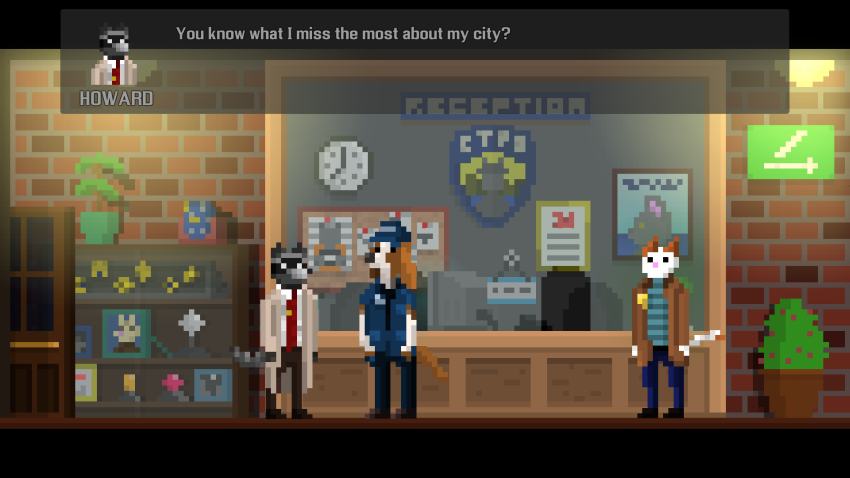 Inspector Waffles
A pixel-art murder-mystery in a world of anthropomorphic cats. The writing is brilliant and terse, with a good measure of cat puns; a characterful parody of the hardboiled detective genre.