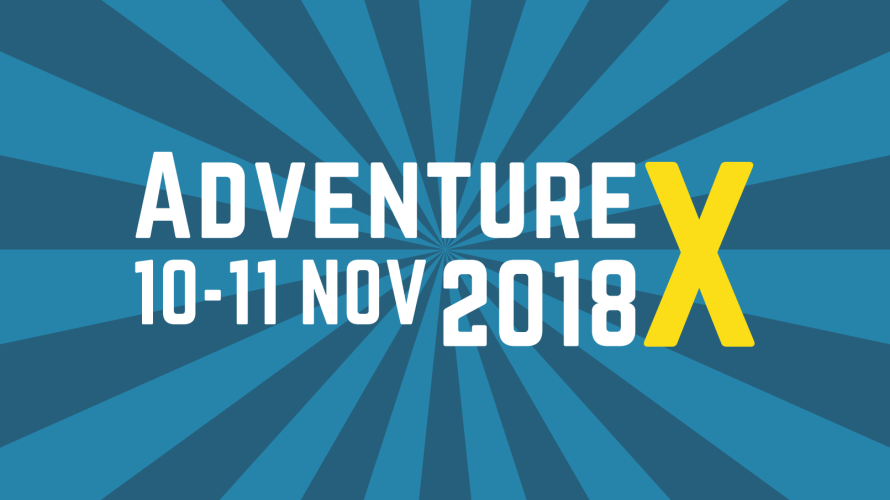 Told ya back in May that it was returning, so it’s your own fault if you end up without a ticket to what is bound to be an absolutely phenomenal event when AdventureX 2018 opens its doors in London, this November. Now that we’re a bit closer to kickoff, a Kickstarter has been launched, and with it, applications for speakers, exhibitors, and volunteers. Groovy stuff!

As has been the case with years prior, AdventureX will play host to a wealth of different people – not all regular attendees either. Thing is though, space being limited and all, this year there’ll be no getting in without a ticket. Which you’ll have to buy in advance. Or… you know, no AdventureX entry for you. Simple as that, and if you’re fast, you can get one at a discounted price from the Kickstarter. Only 70 left at the time of writing, however, so I do mean that bit about being fast.

Now, hopefully, some of you out there have an interest in partaking not only as a spectator, but also a speaker, a volunteer, or perhaps even someone with a game to show off at the event? Yeah? Well, you’re in luck then, because, with the launch of said Kickstarter, speaker, exhibitor, and volunteer applications have opened! Do keep that July 31st deadline in mind if any of those are of interest, however.