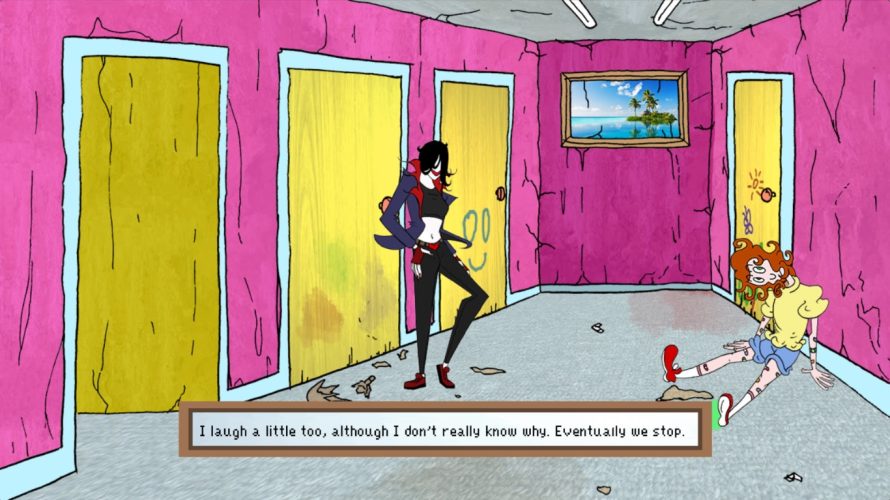 AdventureJam 2019! Fifth consecutive year! YEAH! HYPE! Ahem. What I meant to say was: are you ready to hunker down for two weeks and do nothing but work on a brand new adventure game? Nothing. At all. Just you and the WIP game. Doesn’t have to be a typical point ‘n click tale either. The Cat Lady, for example, showed how the genre could also be pretty darn cool in 2D (while also providing a rather unnerving experience). So what are you waiting for?

So, facts (because the jam is almost upon us, which means it’s best not to waste time with random nonsense): this year’s AdventureJam will be taking place between June 8th and 22nd, giving its participants a full two weeks to get into an adventure-creating groove, hopefully creating an awesome new adventure for everyone to adventure. Adventure. Did I say adventure? Right. Anyway, onto the rules. Because everyone loves rules!

For the fifth year in a row, anyone with a computer, an idea, and an internet connection is invited to create an adventure game over the course of 14 days!

First up, the ‘definition’ of an adventure game is, for this particular jam, actually not overly strict: “an interactive experience with enough content to tell some form of story, explore a character, or have some sort of adventure”. That’s it. The use of both commercial and free assets is permitted – just remember to credit the creator if you use someone else’s, of course. And that’s about it.

Oh, wait, there’s voting too, and across five categories no less: Atmosphere, Characterization, Mental Engagement, Emotional Engagement, and Lasting Impression. Voting will end on July 1, after which the top 10 games will be sent to the judges who will then select three Developer’s Choice Award winners each and… “provide special feedback”. Quite a nice little bit of extra incentive to participate, I’d say, as getting constructive criticism on your game is always useful!

Then, last but by no means not least, do stop by the official AdventureJam Discord, eh? You won’t regret it.

Note: the screenshot is from AdventureJam 2018’s Who I See.