More and more animals are disappearing every single night in Forli, which can mean only one thing: a kidnapping spree! Such a crime must be stopped as soon as possible, so The Feline Council enlists the aid of Orazio. While this guy is hardly the brightest four-legged creature in town, he’s still the right man (cat) for the job.

I’ve been a swashbuckler, a cop, a space janitor, a prince, a king and countless other characters in point ‘n click adventures over the years, but a cat? This is definitely a first, even though we’re dealing with a sequel here. Never imagined cats could do detective work either, however smart the breed, but for the sake of those poor animals, I hope Orazio’ll be able to right this wrong and fast.

In case it wasn’t clear already, everything about this game revolves around cats. From Orazio’s meowing every time he picks an item up, to the way the controls and inventory are designed. Other than that, it’s a pretty traditional puzzle-driven point ‘n click game, in which you’ll have to combine items and talk to characters for clues, to move the story along; except, you know, with cats. Everywhere. Everyone’s a cat. Meow! 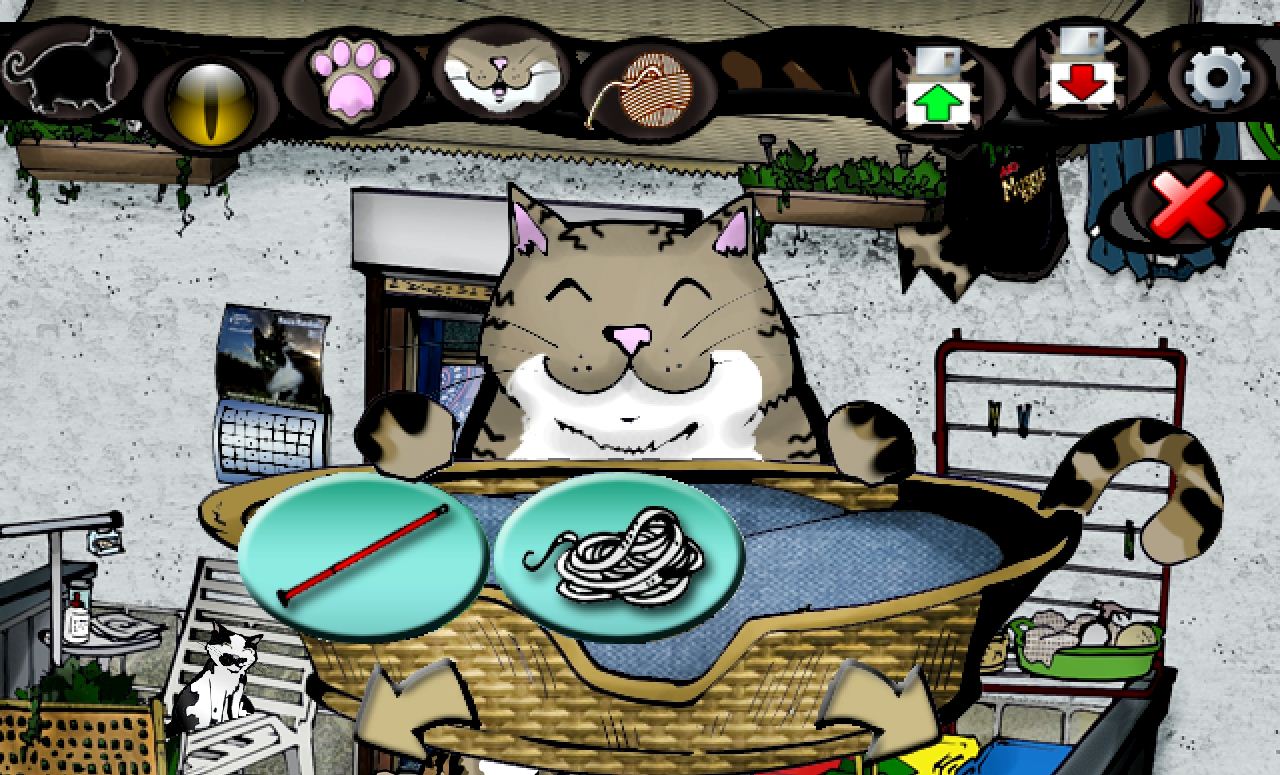 I’m not saying that you have to be a cat person to enjoy this game, but if you downright dislike them, chances are A Cat’s Night 2 won’t hold your interest for long, considering its theme and all. I’d still recommend taking it for a spin though, as both it and A Cat’s Night won’t cost you a single cent. Everybody wants to be a cat…