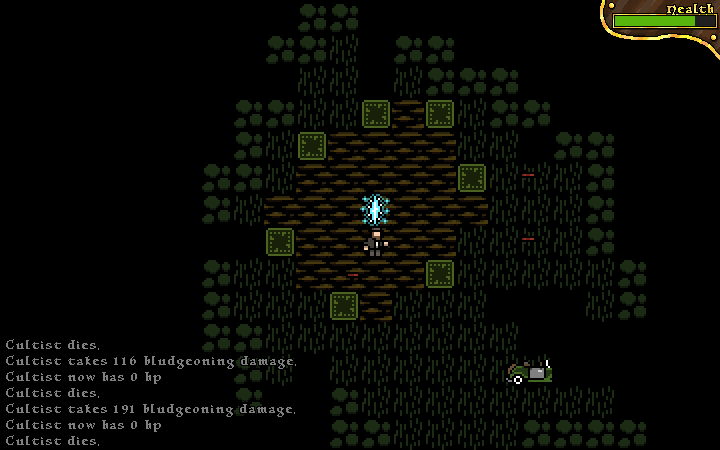 As far back as I can remember, which is less and less as I’m getting old (just kidding – 38 is no age), the seven-day long roguelike jam, 7DRL, has been a thing… at some point… during the month of March. Right? Right. Sorry, had to do a quick fact check. Anyway, fortunately, 2018 will be no exception as that lovely crunchiness of soul-destroying permadeath games is to be celebrated yet again during that very month. So darn groovy!

But first, let’s talk… rules! I mean, they haven’t changed in a while now (certainly not since last year’s outing), so veterans may as well skip this bit: the use of anything you’ve made in the past is perfectly viable for 7DRL, and you’re even allowed to scratch up some design docs ahead of time, 7DRL being more of a jam than a competition. In fact, I’d kinda encourage doing just that, seeing how completing the development of a roguelike title can be absolutely daunting. Seven days may seem like a lot at first, but believe me, they’re going to fly by once you get started. And best to end up with something awesome because you went in prepared, rather than try to reinvent the wheel and brave the waters with nothing but a blank piece of paper on the first day. Also, remember… the most important thing is to have fun!

That said, do keep the deadline in mind. The deadline which, for 7DRL 2018, will be the end of March 11, 2018. What do you mean ‘that is not seven days’? Oh alright. It isn’t. But you know, timezones and all that. Either way, be sure to register your game here, hopefully joining – or to be joined – by thousands other. Oh, and entries from years prior can be found there too, in case you need inspiration. Or, you know, something to play; for those more interested in that aspect. I won’t judge. We can’t all be developers. Some of us have to actually play the games, too!