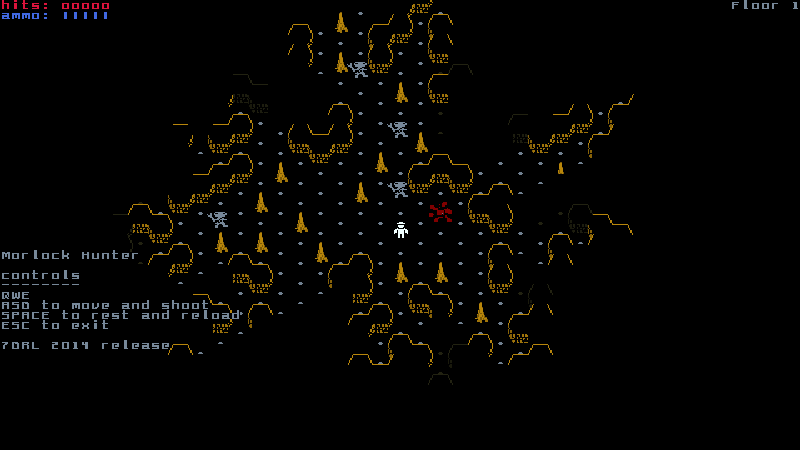 Permadeath, procedurally generated content, maybe a brutal difficulty level for good measure too. These are all popular inclusions for games in this particular genre, and I definitely wouldn’t want it any other way. Oh, want to try your hand at making one? Mark your calendar for some early March jamming then, as 7DRL 2015 kicks off on the 7th, ending on the 15th!

Now, as far as the rules go, well, they’re actually pretty relaxed. You’re free to use existing resources, libraries and such, as well as draft your project ahead of time; 7DRL is a jam after all, more so than a competition. That said, even if you don’t start from scratch, finishing a roguelike – the ultimate goal here – can still be quite a challenge. But what’s life as a game developer without a few steep hills to climb, ya know? Do remember to also have fun, though.

Registration – once open – takes place here, where lots of submissions from prior years can also be found. An admirable amount to say the least, and one that’ll only grow with each 7DRL outing. Remember: March 7th through 15th, after which each participant is required to update his/her entry as either ‘unsuccessful’ or ‘successful’, and make it available for playing, in case of the latter.

One last thing: I’d recommend reading through this article, should you consider participating; especially if you’re a 7DRL first-timer, as it provides more than a few rather useful tips.