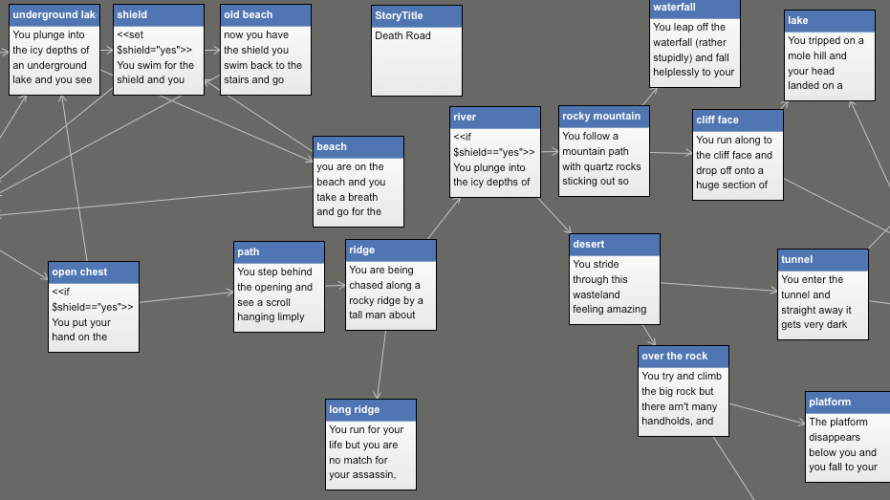 At this rate, I fully expect the 2019 XYZZY Awards to be open for voting come January 2020, based on recent years (April in 2015, June in 2016, May in 2017). But hey, better late than never, right? I mean, it does take a while to go through 300+ games, checking them all for eligibility and such. That said, the time for some interactive fiction voting is… right now!

Much like last year’s XYZZY Awards, we have a grand total of thirteen categories to deal with, along with more than three-hundred entries. A rather lovely lot too, so be sure to play as many as humanly possible. Sleep is, after all, highly overrated, ya know? Just kidding. Don’t forget to sleep. It is more important than this, if only slightly.

Now, to kick things off, you’ll need to either create an account (or, you know, login if you already have one), after which… did I mention the voting? Wait, no. Something’s missing. Hmm… ah! Right. Play the games before casting any votes! No really, that’s how the system works, and you don’t want to be messing with the system, now do you? (Spoiler: you really don’t.)

Keep in mind that this first round of voting will end on… let’s see… ah, July 19th. Simple enough, right? So best of luck to all participants, newcomers and IF veterans alike!

Facebook Twitter LinkedIn Pinterest Tumblr WhatsApp Telegram E-mail
Previous article ID@Xbox Cranks it Up to Eleven With Upcoming Xbox Game Pass Additions
Next article Utilize the Skillset of a Taxi Driver in 'Night Call' to Catch a Serial Killer... Before It's Too Late