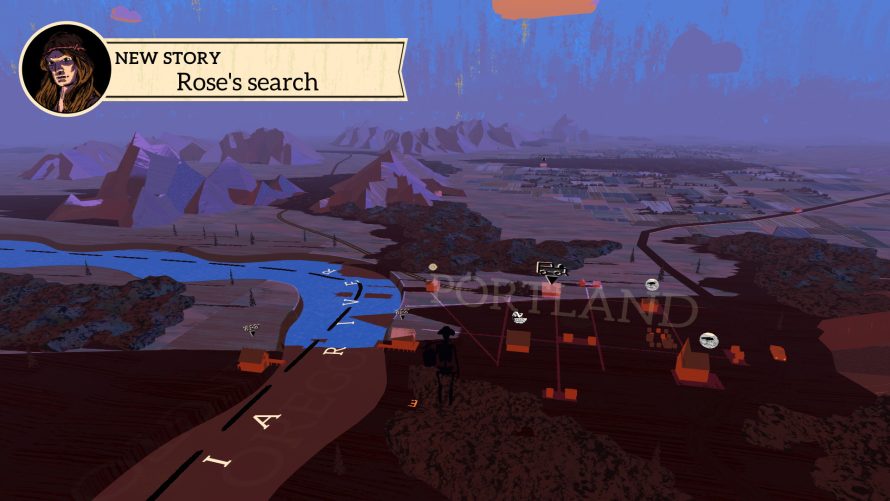 Have you traveled across the folkloric Depression-era United States in Where The Water Tastes Like Wine yet, listened to the stories of strangers, perhaps even shared your own? Because… there’s really no better time than the present; even more so if you have any kind of interest in Chinese American tales, not to mention their impact on American history and culture.

As for why Dim Bulb Games opted for crafting this sizeable chunk of free content, simply put, “to honor the millions of Chinese-Americans generally overlooked in American history”. Very groovy stuff, no matter how you spin it, and that’s not all fans of the narrative-driven traveling tale-telling/sharing (wait, what?) experience get in this Gold Mountain update either: courtesy of a Chinese localization team led by Ryan Zhang, the game now has full Chinese language support!

In Where The Water Tastes Like Wine, stories organically take on a life of their own as they grow larger and transform as they’re told- and re-told.

Oh, you want more? Well, how about a bunch of bug fixes, some quality of life and control improvements, an overall performance boost, and of course, story location fixes? I mean, in a game revolving around the telling and sharing of stories… it is pretty important that they work.

Where The Water Tastes Like Wine is available on GOG.com, itch.io, and Steam, carrying a $19.99 price tag.