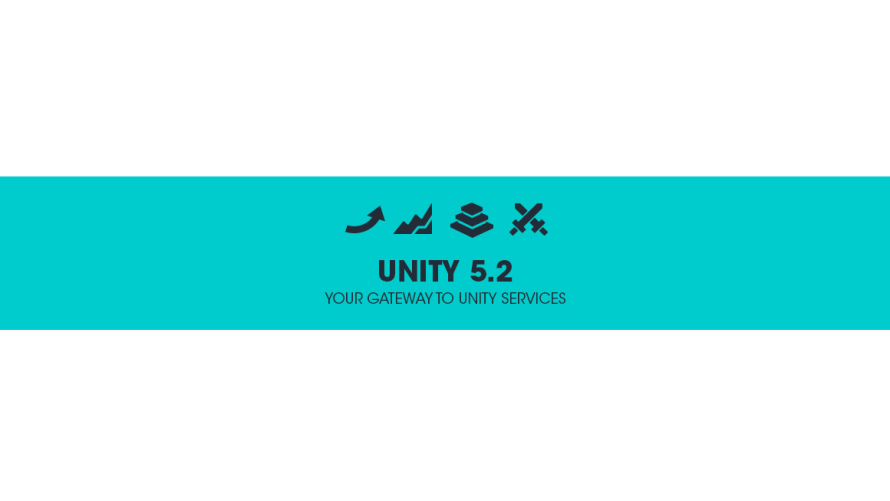 Earlier this year, Unity saw a rather substantial upgrade with the release of version 5, adding 64-bit support and a pretty darn groovy new pricing model. But that was then, this is now: Unity 5.2, another lovely feature-packed update, is here. Among other things, 5.2 replaces SDK requirement with ‘services’, adds native Windows 10 universal app support, and… more VR!

So, let’s kick things off with a quick rundown of exactly what the new Services Window in 5.2 brings to the table: first up, ads! Even though most – myself included – aren’t overly fond of the darn things, Unity Ads is still undeniably useful for developers looking to monetize their creations. Not saying it’s a win-win situation though, as I’m sure you’re already aware of how poor placement/use can be a big turn-off for potential customers. Just something to keep in mind.

Next, because the world needs to spend more time blasting each other in the face (or of course, co-operating, but where’s the fun in that?): multiplayer, with cross-platform compatibility to boot! Heck, they’ve even made a matchmaking system readily available, to make integration super easy. Neat, eh? And speaking of online connectivity… how about some cloud lovin’? The future, right now. Finally, there’s also an analytics system, which gives you an incredible amount of insight, from the number of players to how much money the game has made. I mean, really, what developer doesn’t absolutely love detailed charts? Exactly.

But Unity 5.2 ain’t just about ease of access to integrated services, as it also lets you build universal Windows 10 apps, capable of running on Windows-based PCs, Windows Phone and even Xbox One systems. Definitely feeling the Microsoft love. On a related note, Visual Studio integration has also been improved, “for a vastly improved coding and debugging experience”.

General optimization’s also on the menu this time, with “between 5% and 30% lower CPU cost for rendering” in tests. Definitely nothing to sneeze at. Or how about some quality-of-life improvements in the editor itself, as well as a bunch of Android-related fixes? Phew. Way too much to list here.

Anyway, those eager to get started can grab Unity 5.2 right here, for Windows and/or OS X. As for everything else new in this latest iteration, here’s the complete changelog. Now get to making them games!