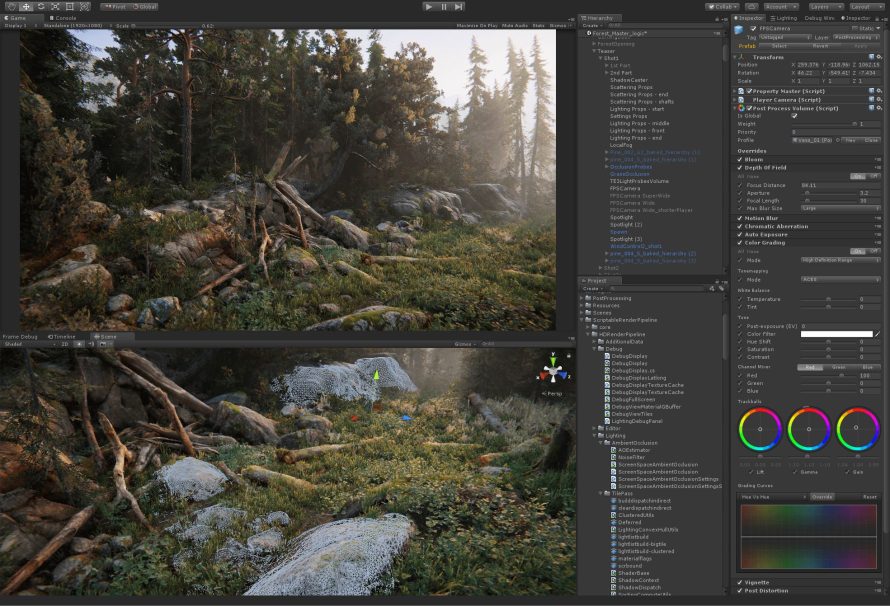 New prefab workflows! Unified settings window! No more .NET 3.5 support! All that and much more in the recent release of Unity 2018.3! Oh, and bug fixes, because there will always be bugs. Always. Also, something about HDRP and LWRP. Because… yay, acronyms?

One of the most important additions -- if you’re at all interested in console development -- has to be Direct X 12 support for Xbox One, as this should help bring about performance increases to those heavy-duty projects. Or how about more realistic lighting with the introduction of “Configurable Falloff for punctual lights” (whatever that means)? Shadows (and by extension, light sources) have been one of the main culprits when it comes to performance though, so hopefully this won’t stress the hardware too much. Only one way to find out.

On top of that, loads of debug modifications have been made/added to the Render Pipeline debug windows, making it easier to keep track of, well, stuff. Performance Reporting is now Cloud Diagnostics, the Particle System has received a number of tweaks and improvements, Android and iOS now has Dynamic Resolution support, and… loads more. Way more than I could fit in this here news post, or even begin to comprehend, so instead I’ll point you to the link below for an absolutely staggering amount of text and video examples. Gotta love how detailed Unity blog posts are, eh?