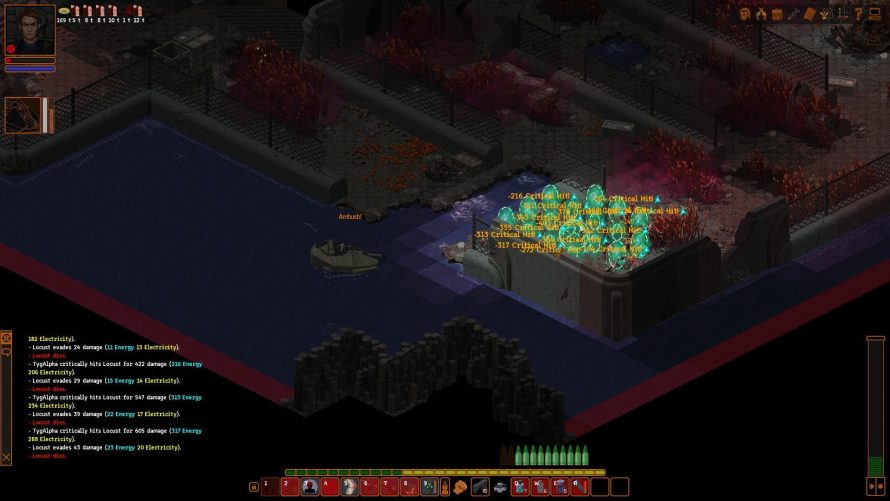 While we may never get another old-school entry in the Fallout series, Underrail is, quite frankly, a darn groovy alternative. In fact, I’d go as far as to say it’s a rather excellent isometric turn-based RPG (there’s a mouthful), one which just saw the release of its first premium expansion in the form of Underrail: Expedition. All aboard!

“Take a break from the usual metro-crawling to take a boat to the infamous Black Sea.”, the expansion description reads. Yeah. Hardly a vacation, so much as a change of scenery, but I’m fine with that. We do after all get to tangle with pirates, hostile natives, dangerous fauna, and even something far more dangerous than all of those while exploring “the ruins of an age long past”. So far so good, right? Ah, but it gets even better: upgradeable jet skis, for some truly water-based fun, new items, new enemies, new weapon types (shotguns, swords, and spears), and… the level cap has been raised to 30. Extra power!

Your voyage through vastness of the Black Sea will shed new light on the history of the world of Underrail and the forces that shaped it.

We’ll likely need it to tackle the close to 200 new areas, which -- of course -- do include pirate strongholds. Because pirates are awesome. The kind represented here anyway. Right. Getting back on track, how about, oh I don’t know, a brand new storyline to truly complete the package? Oh, and “no decision or hostile action will lock you out of completing it”, so don’t worry about prior choices or such.

Underrail: Expedition is available from Steam and GOG.com, carrying a $9.99 price tag.