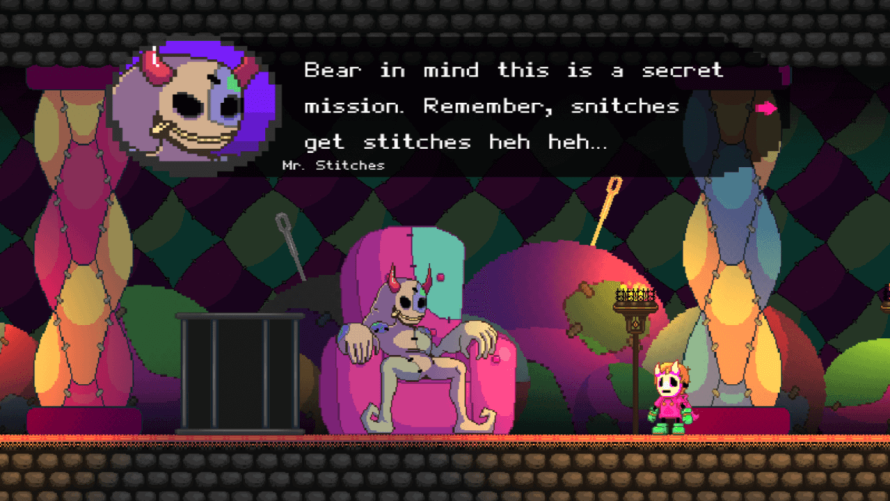 After a long journey, our hero has finally reached the final boss in Underhero, meaning his quest to rescue the princess is almost at an end! Just one more obstacle, and then… oh, he’s dead? Well then, exit hero -- enter minion. Now, in an odd twist, his/her boss -- Mr. Stitches -- rewards him/her with a quest to, well, reset the world as it were. Boring, right? Yeah. Let’s do what the talking hilt says instead: get stronger and kill Mr. Stitches!

How’s that for a unique take on the tired ‘hero of legend’ tale? On top of that evil-ish twist, combat in Underhero not only utilizes a rock-paper-scissors like system but also has a rhythmic element to it. Button-mashing? Forgetaboutit. Unless you enjoy guaranteed counter-attacks that is, which most don’t, for obvious reasons. No, you’re definitely better off timing shield blocks to parry, temporarily stunning your foe to then show them what’s what. Better and safer. Just remember to hammer their shield (and/or armor) down before attacking and utilize the slingshot against airborne targets, or you won’t deal any damage. At all. 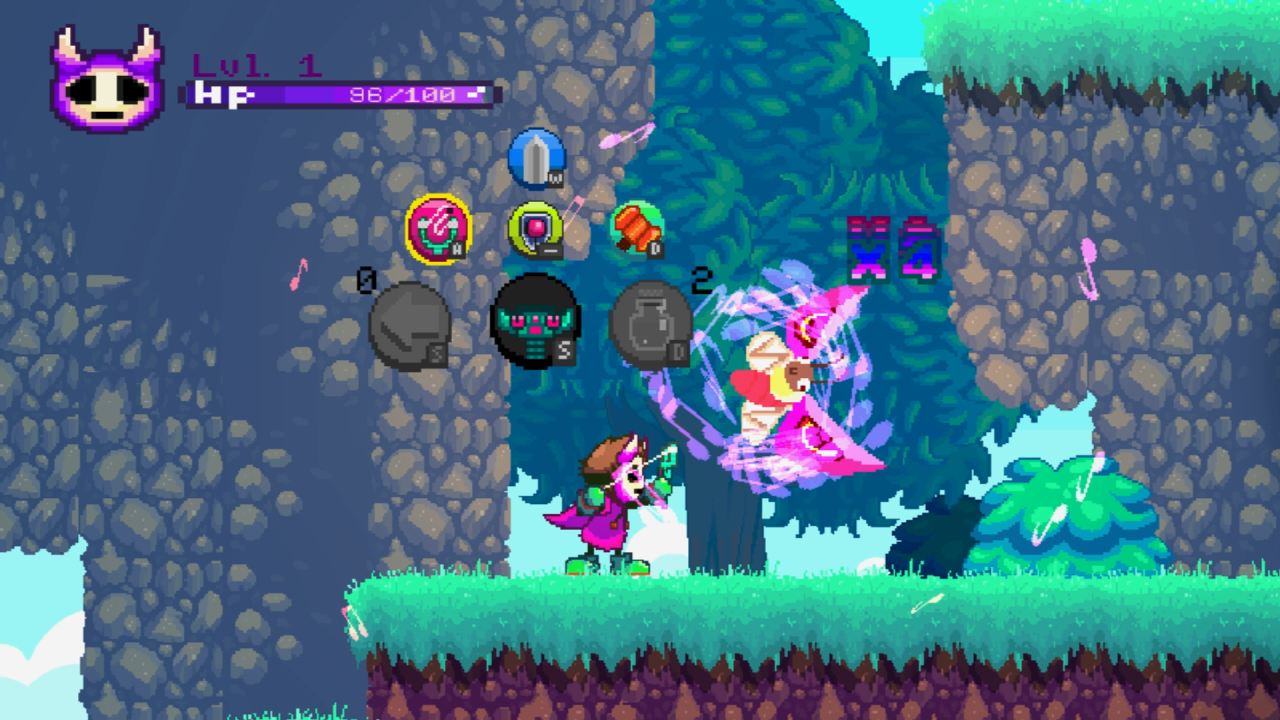 Talking to each enemy prior to beating the crap out of them is also an option, although few seem to have anything to say, short of a witty remark or two. Not like you’ll be able to chat your way out of a fight or some such anyway, as once initiated, there are only two ways for it to end: either someone dies, or you use a Run Away to flee. An interesting system for sure, and while XP / leveling is a thing, I’m kinda hoping there won’t be any grinding. Focusing on story progression, especially one so very nonsensical, over having the player strengthen through repeated bouts, is the way to go in my opinion. But since Underhero is still under development, demo cut from an alpha build and all, a lot can change between now and release.

That said, the demo does provide an ample sample of Underhero, showing a world that I for one am eager to experience more of. But hey, why take my word for its value? Go ahead, grab the demo! Oh and don’t forget about its IndieGogo or Greenlight campaigns either.