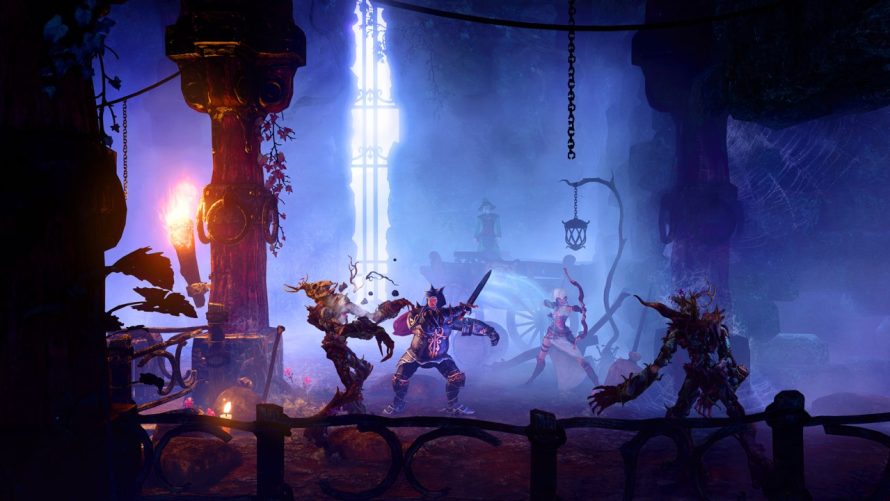 A confused wizard, a thieving archer and a brave knight physically bound together by a mysterious, magical object. That’s how this particular saga began several years ago in the first game, which was simply amazing. Like its sequel, Trine was puzzle platforming perfection, with several ways to approach each obstacle, and it looks like the third outing aims to raise the stakes even higher! Groovy.

As was the case with prior entries, Trine 3: Artifacts of Power looks is an absolute feast for the eyes, and this time they’re not merely slapping a fixed 2D camera on the engine to then call it a day, either. Perspective changing is on the menu here, featuring some rather stylish third-person rope swinging (and shield gliding), alongside the ability to move freely in all four directions (a series first, I might add). Oh, did I mention how good the game looks? Well, based on the trailer anyway, which is pretty much the only thing with any details, at the time of writing.

Now, while I’m sure there’ll be the usual amount -- or maybe more? -- bad guys to smash, as indicated by the trailer, the puzzle aspect remains not only intact but better than ever. Boxes will once again need to be conjured for makeshift platforms, except this time, you’ll have a lot more space to maneuver them around! That and of course, the archer’s signature rope cutting move, which… wait, did she just pull that box with a rope arrow?

That’s it for the good stuff -- time for some bad news: while Trine 3: Artifacts of Power does have a 2015 release date, that’s all it has; nothing more specific. Also, console fans will have to be patient yet again, as only the Windows version has been announced, with everything else (Wii U, Xbox One, PlayStation 4, etc.) in TBA-land. So for now, do give the trailer below a proper glance, as I’m almost certain you won’t be disappointed.