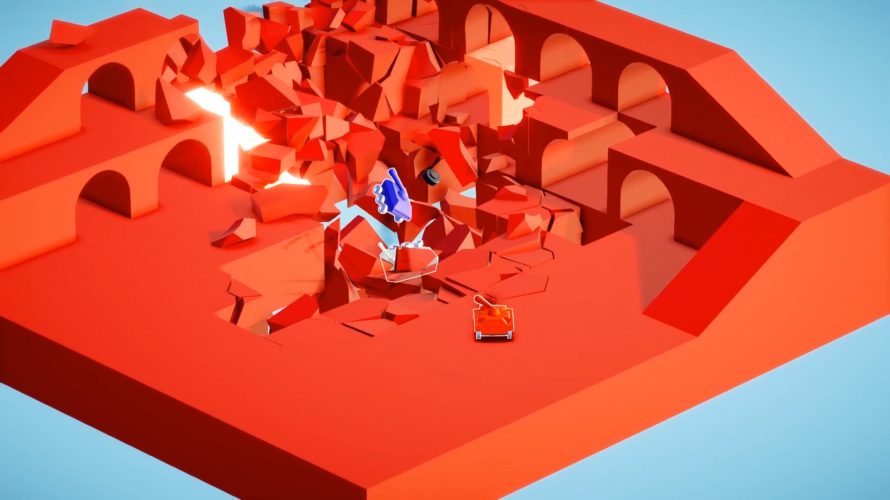 You’re never too old to play with toys, and even more so when the toys are miniature tanks. As is, coincidentally, the case with Tiny Tanks. Here, you’ll be doing your very darndest to blow every other player in the arena to smithereens -- or simply bounce them over the edge with a well-placed mine. In a tiny toy tank. Hence the name of the game. Oh, and variety’s most certainly on the menu to ensure no two wars will be waged in a similar manner.

That said, you will of course always be driving a tank, your objective never changing from “get the most points”, but courtesy of a slew of game modes and modifiers, customizable tanks, and quite a few different battlefields, chances are you won’t be bored anytime soon. In spite of the game being in Early Access, and as such, still a WIP title. Also, being an offensive warmonger isn’t the only way to emerge victorious here, oddly enough. Points are also acquired by performing certain feats, like, say, evading mines as they drop from the sky or being airborne during a volcanic eruption. No, I’m not kidding. That’s totally a thing, and it sounds awesome.

Grab your controller, sit down with your friends and get ready for a ton of fun and explosions.

But the very best thing about Tiny Tanks is that you can put a hat on your tank. Wait, no, it’s actually the level editor. I think. Then again, hats! Hats! I mean, why the heck not? Won’t help you win, but at least you’ll look cool while duking it out with up to seven other players, whether it be online or on the same screen. Friends? Enemies? Uh, I’d say that line is… slightly… blurred. Slightly. So keep that in mind as you configure each match for absolutely optimal chaos and carnage, customizing your tank to make sure everyone knows that this is you and they better not come between you and victory. Otherwise, kaboom!

Tiny Tanks Trailer
Watch this video on YouTube.
Facebook Twitter LinkedIn Pinterest Tumblr WhatsApp Telegram E-mail
Previous article 'Where The Water Tastes Like Wine' Travels to Gold Mountain in Free Update to Explore Chinese American Tales
Next article A Strange Beast, Curation: After Initially Declining 'Heaven's Vault' GOG.com Adds it to the Store Because of "how it was perceived by gamers"