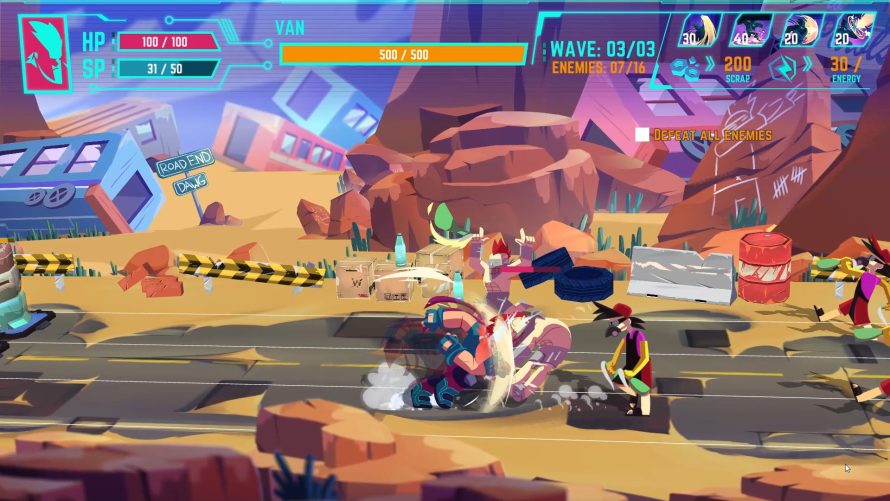 Some say dogs are man’s best friend, and I am certainly inclined to agree with that. But if you’re not careful in The Last Friend, they’ll end up just that instead. Which would be absolutely heartbreaking. So don’t mess up in this mix of tower defense and beat ’em up action… because not only does the life of your chihuahua depend on your success, but that of dogs everywhere else as well.

To accomplish this, however, you’ll need to muster up some rather impressive tower defense skills while also resorting to stuff from classic brawlers such as dodging, grabbing, jabbing, and of course, combos. After all, why stand still and watch as the carnage unfolds after placing/building defenses when you can instead tilt the odds further in your favor by actively partaking in the battle currently being waged?

Join Alpha and T. Juan’s story following a worldwide catastrophic event, and discover the mystery behind the disappearances of the world’s entire dog population.

Seeing how The Last Friend takes place in a “not too distant post-apocalyptic future”, the fact that players are going to encounter “heavily tanned mutants”, “electrifying enemies” and even “tofu aficionados” is not exactly farfetched. A tad silly, sure, but eh, video game. Also, in-between kicking you-know-what and taking names across forest and desert alike, a whole crew of rather peculiar (and interesting?) characters awaits. One of them might even know just what happened to the world’s entire dog population. Only one way to find out!

The Last Friend - Reveal Trailer
Facebook Twitter LinkedIn Pinterest Tumblr WhatsApp Telegram E-mail
Previous article Mind the Gap: 'Overcrowd: A Commute 'Em Up' Mimics The London Underground Craze
Next article Brawl to Save Your Kitten (and the World) From an AI Apocalypse in 'Super Crush KO'