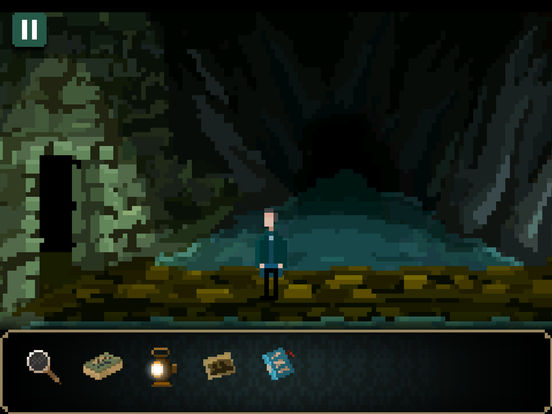 Approximately ten months ago, The Last Door was closed -- in a manner of speaking -- as the development of its series finale, Beyond the Curtain, concluded -- but only on desktop! What about mobile? What about mobile indeed. Fast-forward to the present, where that’s no longer an issue, the second season having just arrived on Android and iOS. A genuinely spine-chilling adventure awaits…

Now, if for some reason you still aren’t familiar with The Last Door, here’s a quick summary: one day, out of the blue, J. Devitt receives a letter from Anthony, his childhood friend, with a familiar, yet rarely used phrase. Conclusion? Anthony is in trouble! Next stop, the address on the letter, and the beginning of a haunting tale which not only spans a slew of chapters but features several protagonists, because… well, you’ll have to play the game to find out.

Setting out in search of his client who has mysteriously vanished, Wakefield is soon drawn into the haunting web of forbidden knowledge, madness, and a deeper conspiracy hiding it all.

Oh, and do start this pointy and clicky adventure from the beginning. Otherwise, well, a lot of things simply won’t make sense, on top of missing out on a lot of great storytelling. Too pixellated? Oh, boulderdash! You’ll get used to The Last Door‘s art style rather quickly, I’d wager, eagerly tapping away at the screen to find out what lies in wait. What horrors await. Which-- I’m sure you get the point.

The Last Door can be acquired from Steam, GOG.com, iTunes, Google Play, Windows Store, with links for both seasons available on the website.