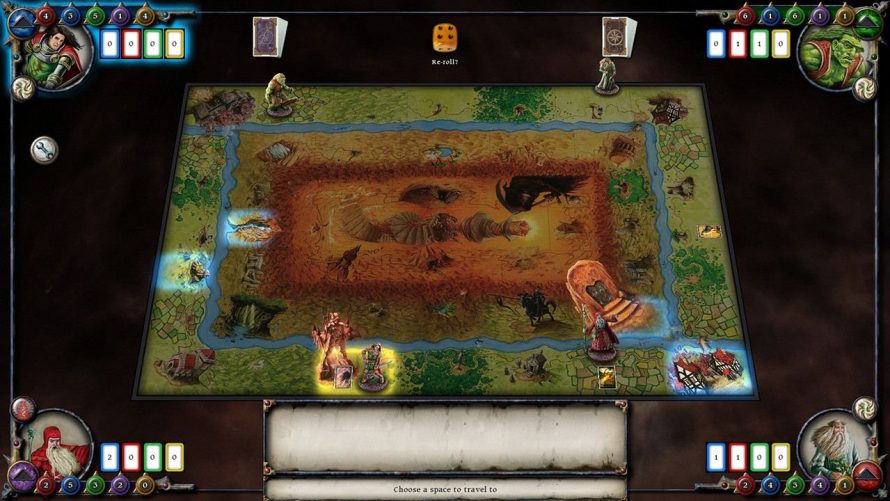 Since we’ve already seen video game adaptations of Blood Bowl, Warhammer, Space Hulk and other popular Games Workshop board games from yesteryear, it was just a matter of time before Talisman joined the lot. Following the single player-centric Talisman: Prologue from back in 2013, its multiplayer counterpart, Talisman: Digital Edition, has finally arrived -- grab a friend (or two or three) and get to questing!

After almost six months in beta on Steam, the classic multiplayer adventure has finally ditched its Early Access label and is now available in full, with pretty much everything you’d expect: online/offline multiplayer, AI opponents, the first of many expansions (The Reaper, sold separately) and, since there’s a slight learning curve, a proper tutorial.

Seeing how there’s a total of fourteen different classes to choose from, each with different strengths and weaknesses, it’s a given that no two players will be evenly matched. But depending on your play style, as well as your luck (or lack thereof), the warrior could very well be evenly matched with the prophetess. There’s no telling where each dice roll will send you after all, which wicked creatures you’ll face, or even worse: what the other players might have in store for you.

To win this mad adventurous dash, you’ll be racing across the board, improving every aspect of your character, until you’re ready to take on its most dangerous region, and maybe, just maybe, acquire the Crown of Command. It’s not as easy as it sounds though, as your lives are finite, battles are plentiful and… Lady Luck may very well choose to ignore you completely.

Sounds like fun, right? Another benefit of Talisman: Digital Edition is that you won’t need a huge table for the setup, or for your opponents to be in the same room (some say it makes for a more enjoyable experience though, and it is entirely possible with this version). Plus, if your local board game retailer’s anything like mine, chances are that this is easily the cheaper alternative. Best of luck in your quest for the crown!

Talisman: Digital Edition is available for Windows from Steam and via. the Humble widget, priced at $14.99 with Steam DRM.