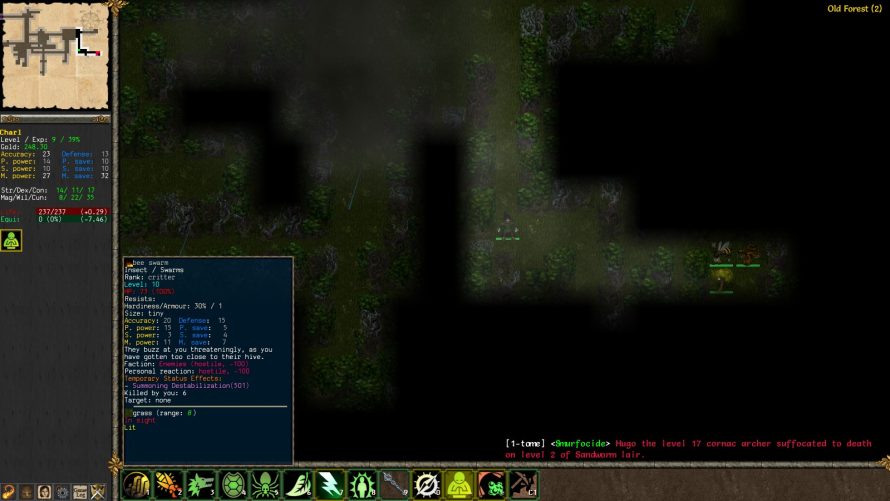 Two years after its release, this game is still getting new content from its creator. Madness, but the best kind, ya know? Right. Anyway, late last year saw the launch of premium DLC (Ashes of Urh’Rok), and now, not six months later, fans are given another substantial content addition. Oh and 1.3.0 (aka Dust to Dust) is on the house, believe it or not. Doesn’t get better than that.

Or does it? Darn straight it does. 1.3.0 tuned, tweaked and completely changed multiple aspects of the game, to the point where even veterans with numerous hours logged will likely have to relearn some things. After all, several classes got reworked, a new race was added, there are performance enhancements (I think?), certain locales have been tweaked ever so slightly, and of course… bugs got squashed.

Important stuff that caught my eye-skimming through the changelog includes the option to respec anywhere in exploration mode, stealthing should be easier as the AI is no longer able to ‘lock on’, sidebars bounce (wait, what?), and reload is, well, gone. Did anyone ever use that though? I certainly didn’t.

Map:scheduleRedisplay for when you’re afraid of calling redisplay multiple times on the same tick.

Addon creators will have their hands full too, as a lot has changed -- all of which is technical gibberish to me (see above quote for an example). Everything else should make sense to most players, depending on their familiarity with Tales of Maj’Eyal. Such an awesome update. Here’s to many more!

Tales of Maj’Eyal is available direct for free, being open source and all, with optional features for donators, and in full (“donator version”) from Steam as well as Humble, where it carries a $6.99 price tag.

Tales of Maj'Eyal 1.3.0 aka "Dust to Dust" trailer
Facebook Twitter LinkedIn Pinterest Tumblr WhatsApp Telegram E-mail
Previous article 'Ryan North’s To Be or Not To Be' Is Shakespeare Turned Choose-Your-Own-Adventure
Next article Latest Weekly Bundle From Humble Is Very Roguelikeable