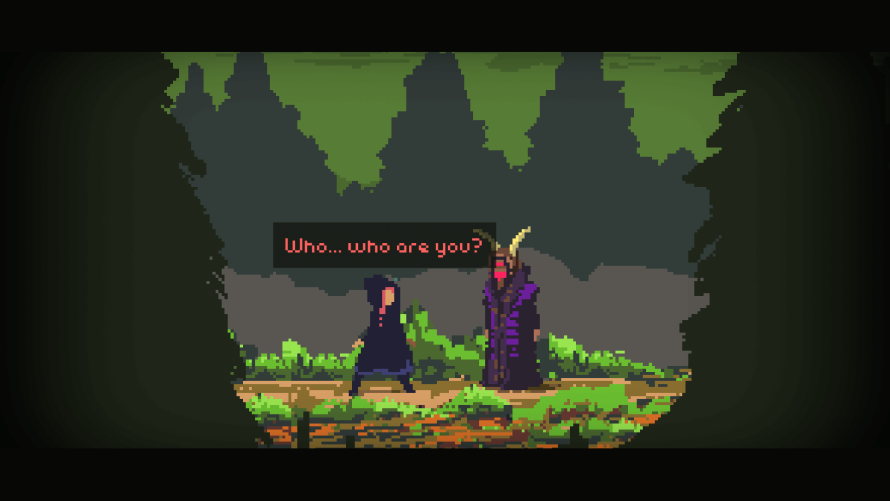 I don’t know much about Takume, the protagonist of the same named game. Pink, long hair, odd wardrobe, rater pixelated – that’s about it. Oh, and she is trying to find her sister… in a strange, unfamiliar place. Confused? Now you know how I felt while playing this one, although it’ll all make sense in the end. I think. Heck, if it turns out I’m wrong there, at least you’ll (hopefully) have experienced a groovy adventure.

An adventure which will take you across muddy swamps and through murky forests. Or maybe it’s the other way around. Whatever the case, Takume can be controlled rather easily in this 2D point ‘n click adventure, in that you won’t have to resort to cycling through ‘look’, ‘open’, ‘close’, ‘talk’, and so on. Just one context-sensitive command to perform. That’s it. Incidentally, this mainstreamed interface goes well with the game’s short length, providing a journey most will be able to finish before long, never finding themselves stuck.

That is unless I missed an alternate path or some such? Try as I might, however, no alternate outcome would reveal itself. In the end, the exact same events played out the second as the first time. An item here, a conversation there – nothing changed. The reason I’m bringing this up is that, quite frankly, I was hoping there’d be more to it. A way to… I don’t know, rewrite the story.

Probably me asking for too much from a free game, and a nice looking one at that, though. Maybe you’ll feel differently after taking Takume for a spin. Only one way to find out!